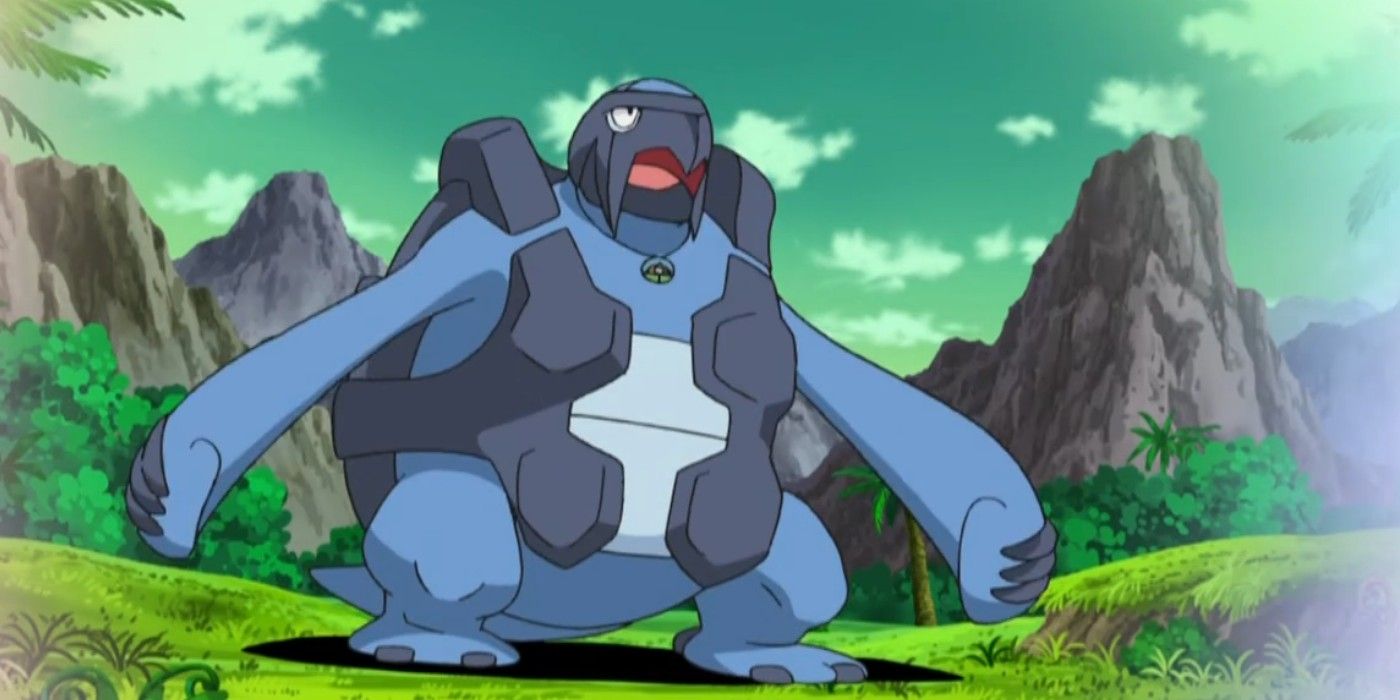 Tirtouga and Unova’s Carracosta are the most underrated fossil Pokémon, due to their design, moveset, and uniqueness compared to other fossils.

Fossil Pokemon has been a staple of Pokemon games since the beginning of the series. These Pokémon are creatures that have been created from fossils that are millions of years old, effectively reviving extinct species in the Pokemon world. Each region brings its own fossils to the table, sometimes (but not always) reflecting their real-life prehistoric counterparts. While the concept of fossil Pokémon is interesting, they are often overlooked in favor of more powerful species. Many have gained popularity, such as the fierce Aerodactyl or Tyrantrum, but there are several Fossil Pokémon that are often overlooked.

While not always effective in battle, there is a wide variety of fossil Pokémon in the National Pokédex. Some have gained popularity through community action, such as Omanyte and Omastar, who gained notoriety as “Lord Helix” through the Twitch plays Pokémon phenomenon. One of the fossils that has not received the attention it deserves is Carracosta. Based on its design, typing, moveset, and lore, it is arguably one of the most underrated fossil Pokémon in the series.

Hailing from Generation V, which stands out as an underrated generation itself, it is not surprising that Carracosta has been more or less forgotten. Recoverable from a Cover Fossil, the first form of Carracosta is Tirtouga. The little creature looks a lot like a turtle at first, which makes it a bit disappointing compared to its rival, Archen. Despite his endearing appearance, Tirtouga becomes the most intimidating Carracosta, an almost Godzilla-like beast capable of destroying his enemies.

Unova’s Carracosta is the most underrated fossil Pokémon

While Tirtouga’s design may be less intimidating, he and Carracosta definitely have prehistoric appearances. Fossil Water-type Pokémon aren’t new, but Tirtouga and Carracosta are based on the prehistoric tortoise Archeleon and its smaller cousin, Protostega. While these are less well known than popular dinosaurs like Tyrannosaurus rex or the pterodactyl, deviating from the more widely used dinosaur designs ensured unique origins for this Fossil Pokémon. Creatures like Tyrantrum, Aerodactyl, and Kabutops have attractive designs but bear many similarities in different shows, manga, and video games. Carracosta’s uniqueness and demeanor make him the monster opponents will never see coming.

With a dual Water-Rock type, Carracosta is resistant to five different types, including Fire, Ice, Normal, and Poison. It is normally damaged by nine different types, including the newest type in the series: Fairy. Carracosta’s greatest weakness is the Grass-type Pokémon, which is 4 times more effective against it. Despite these weaknesses, Carracosta’s various abilities work to counter its effectiveness against him. Carracosta can avoid getting knocked out with a single move with Sturdy, including attacks from Pokémon with One-Hit KO moves. Solid Rock reduces damage taken from super effective moves by 25%, regardless of their effectiveness level. In addition to this, Carracosta has many powerful abilities that can be used in battle, and he can learn Shell Smash, Hydro Pump, Rock Slide, and Brine by leveling up.

While classic fossil Pokémon have great appeal, Carracosta is one of the unsung heroes of its kind. Hailing from a generation of underrated Pokémon, Carracosta stands out as a unique design of a prehistoric water-dwelling creature. His move sets and abilities make him a formidable opponent in battle, capable of rivaling many more popular monsters. The next time Trainers look to add an extinct creature to their Pokemon team, Carracosta could be the right choice.

Next: Legends Of Abandoned Pokemon Game Mechanics: Arceus Could Bring You Back

Natalie Lindner is a Game Features Writer for Screen Rant, creating content about the past, present, and future of games in the industry. Prior to this, he worked in a writing consultancy in Rhode Island from 2018 to 2021, where he helped college students improve their writing skills. Natalie has contributed her video game writing to several smaller websites and projects since 2018 and is eager to continue that journey with Screen Rant. Working in New Hampshire, Natalie spends her time not writing about outdoor games; hiking or biking. On those rainy days, she can be found fighting for the action in the latest FPS or reading the latest comics.