Luca: all the stories revealed in the Pixar movie credits 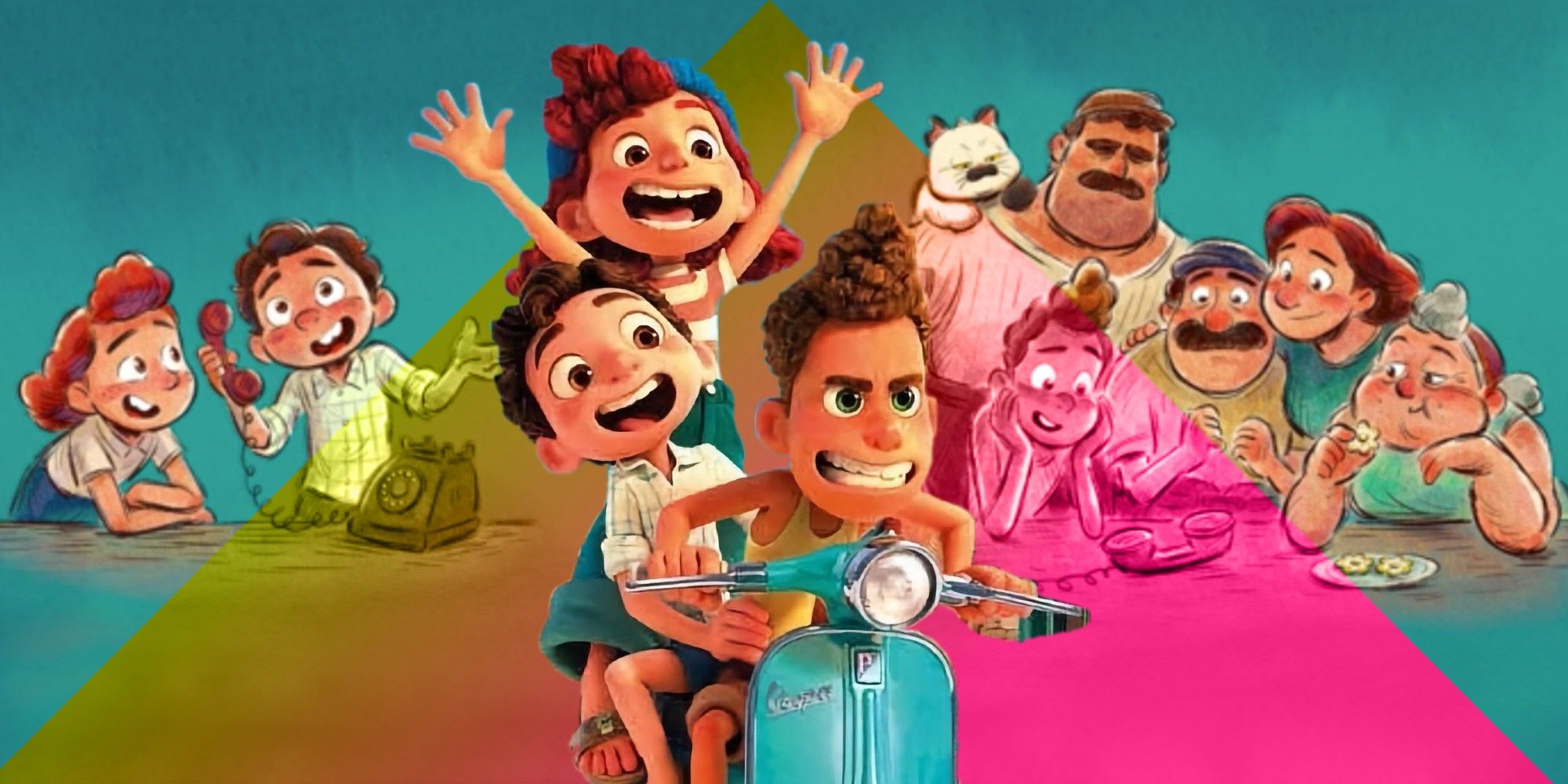 Luca’s end credits provide a happier ending by showing that Luca and Alberto maintain their relationship and humans come to accept sea monsters.

The new Pixar movie Luca is full of character from the beginning to the end credits, which also contain important information about the plot. The credits are set along with two-dimensional drawings depicting the lives of the central characters after the film has ended. While franchises like the Marvel Cinematic Universe have become famous for using credits to advance future films, in Luca This device works to give resolution to the story, assuring viewers that the film’s displaced sea monsters stay in touch and find the acceptance they were seeking.

Luca tells the story of the sea monster of the same name, who grows up dreaming of life on the surface. He transforms into a human when he comes out of the water and runs away from home to explore the nearby town of Portorosso with his new friend Alberto. The plot of the movie involves a local triathlon, a girl named Giulia, and lots of fish, but by the end of Luca, the sea monsters have been exposed and finally accepted by the people of Portorosso. The film concludes with Luca deciding to go to school in Genoa with Giulia. However, the images in the end credits reveal that she maintains a connection with Alberto and Portorosso as a whole.

RELATED: Luca’s Soundtrack Guide: Every Song In The Movie (And What They Mean)

The credit drawings depict Luca’s life at school, living with a woman who appears to be Giulia’s mother, and also show him writing letters to Alberto. Alberto receives the letters with enthusiasm and responds to them. They also communicate by phone. The final image of the sequence shows Luca and Alberto asleep with books in their hands, Luca is a textbook, and Alberto is a Vespa manual, suggesting that the two are separated by their interests but still connected. The close bond between the two children is a crucial part of the story, and many interpret Luca like an LGBTQ story. Alberto is concerned that Luca will leave him behind by going to school with humans, but the ending credits show the two remain close.

LucaThe credits also show that the inhabitants of Portorosso have overcome their suspicions of sea monsters, and the two societies have integrated. Alberto has moved in with Giulia’s father, Massimo, and is apparently being educated as an apprentice, receiving a wrapped knife. The surface dwellers are also venturing into the ocean, as seen in an image of Massimo visiting Luca’s family in a diving suit. Additionally, Luca is shown revealing his sea monster nature to his classmates, showing that he is no longer ashamed of being himself.

There is also a short humorous scene after at the end of LucaCredits. It shows the fate that Luca faced if he had stayed in the ocean: a long season with his eccentric uncle Ugo. Instead, this destination is visited by a non-verbal fish, who listens to Ugo’s strange tirade. This scene was reportedly a way of utilizing some of Sacha Baron Cohen’s impromptu dialogue for the character of Uncle Ugo.

Luca It ends on a somewhat ambiguous note, with the center duo parting ways and Luca clearly feeling somewhat conflicted about his choice. However, the drawings on the opening credits reveal the near future of the characters and suggest that ultimately Luca’s relationship with Alberto and between Portorosso and the sea monsters in general will continue to prosper. In this way, end-credit revelations are crucial to Lucahappy ending.

NEXT: Luca: Who is a sea monster (and who is human)?

The Greatest Showman: Why Anne Was One of the Fans