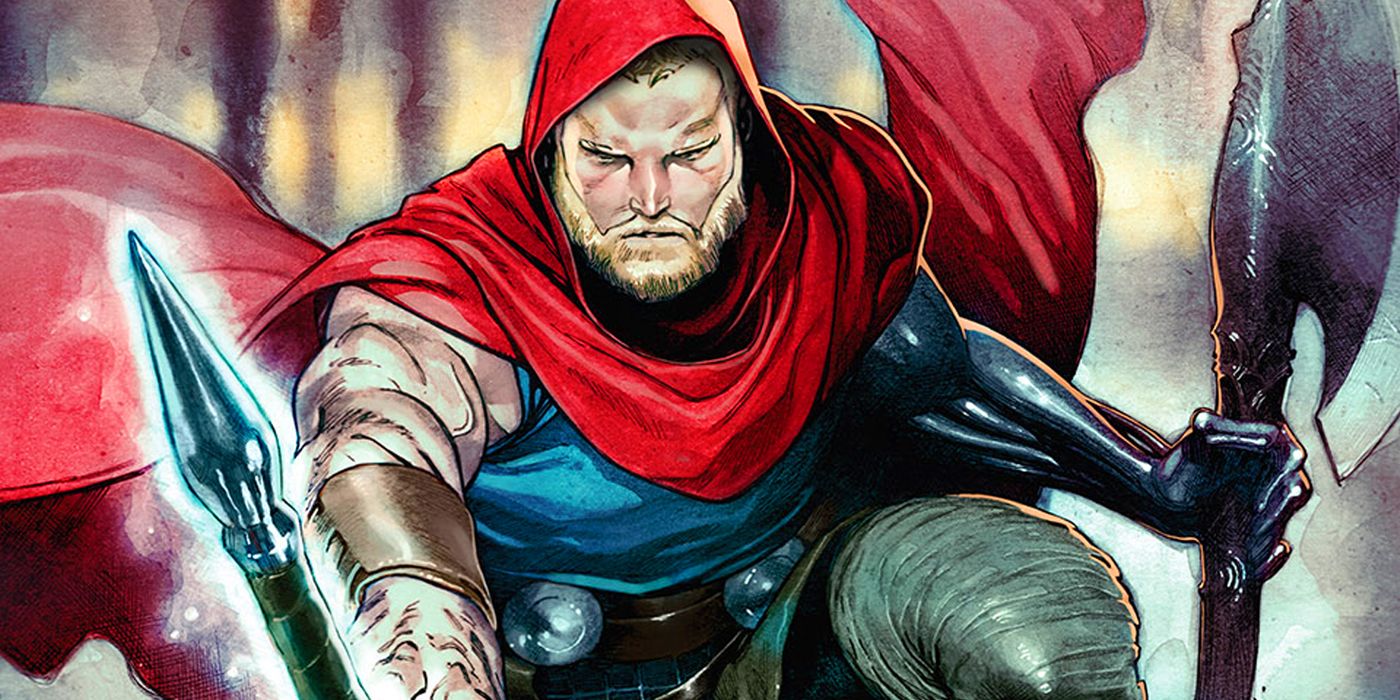 In Marvel’s Original Sin crossover, an evil Nick Fury whispered three words to Thor that made him unworthy of the power of his hammer Mjolnir.

In his time as a member of Earth’s mightiest Heroes, the Avengers, Thor has faced threats from all corners of the universe. While Thor has fought many of Earth’s villains, he has also faced powerful cosmic foes capable of stopping his enchanted hammer Mjolnir in its tracks. Yet despite all his epic battles, Thor suffered one of his greatest defeats with the whisper of three simple words.

Thor’s defeat came in the pages of Original Without, by Jason Aaron and Mike Deodato. In this crossover, the Watcher was found murdered with his eyes removed, a revelation that sparked a murder mystery that spanned the entire Marvel Universe. With their eyes being used as literal truth bombs, many of Earth’s mightiest heroes uncovered long-held secrets. Amid the shock of these revelations, a group of heroes uncovered a major conspiracy involving original Marvel superspy Nick Fury. However, this discovery of Fury was only the beginning of the end for Thor.

WHAT NICK FURY WHISPERED TO THOR

Working under the title “The Man in the Wall”, Nick Fury eliminated hidden alien threats to Earth, regardless of cost. Desiring the Watcher’s knowledge, Fury took the alien’s all-seeing eyes for himself. With his newfound knowledge and power, Fury was able to defeat any hero who tried to get in his way. Confronting Thor, Fury whispered something in the Thunder God’s ear that not only surprised him, but left him unworthy to lift his hammer.

This event would serve as a catalyst for Jane Foster to claim the hammer, becoming the Mighty Thor, and for many villains to rise up afterward. After his defeat, Thor began to refer to himself as simply Odinson, wallowing in his loss and humiliation. It wasn’t until 2016’s Unworthy thor # 5, by Jason Aaron, Olivier Coipel, Kim Jacinto, and Pascal Alixe, that Thor finally revealed that the words Fury had said to him were simply, “Gorr was right.”

WHO IS GORR IN THOR?

Created by Aaron and Asard Ribic in 2013 Thor: God of Thunder, the alien Gorr spent most of his life trying to survive the harsh elements of his world. Unfortunately, he was unable to prevent his family from dying of malnutrition. A lonely wanderer, Gorr encountered a being who claimed to be the god of his world, asking for help in escaping a black substance that was consuming him. Thinking of how his family had prayed for help in vain, Gorr finished the job, crushing the god’s head and allowing the black substance to fuse with him. Later, Gorr acquired the powerful Necrosword and began a campaign to slaughter the various gods of the universe as the God-Butcher.

In order to defeat Gorr, he ended up taking three different versions of Thor throughout his own timeline, including his future All-Father. Although he was ultimately victorious, Thor began to question his own actions and his worth. As a hero, Thor had always lived to protect those around him. However, Gorr was proof that the gods, themselves, were not perfect beings. Being a god, Thor began to wonder if the gods were simply a curse placed on all the races below them. Fury’s words, based on the Watcher’s omniscient observation, only confirmed Thor’s fear that the gods were a plague on the universe.

While its effect eventually wore off, these three words destroyed the Thunder God’s understanding of himself. After Fury’s comment, Thor no longer saw himself as a hero or an Avenger. Instead, he viewed himself as one of the many gods who had failed to make any positive changes to the worlds they ruled. For a time he was unworthy of Thor’s title, unaware for years that he had always truly determined his worth.

Paul Yang is a CBR writer who specializes in comic book content and is based in Houston, Texas. In the past, he has worked as an English tutor and as a staff member for a literary magazine. He has also been consulted as “Marvel Expert” for local television on multiple occasions. When he is not writing or reading comics, he continues to work towards his degree in English and Philosophy.