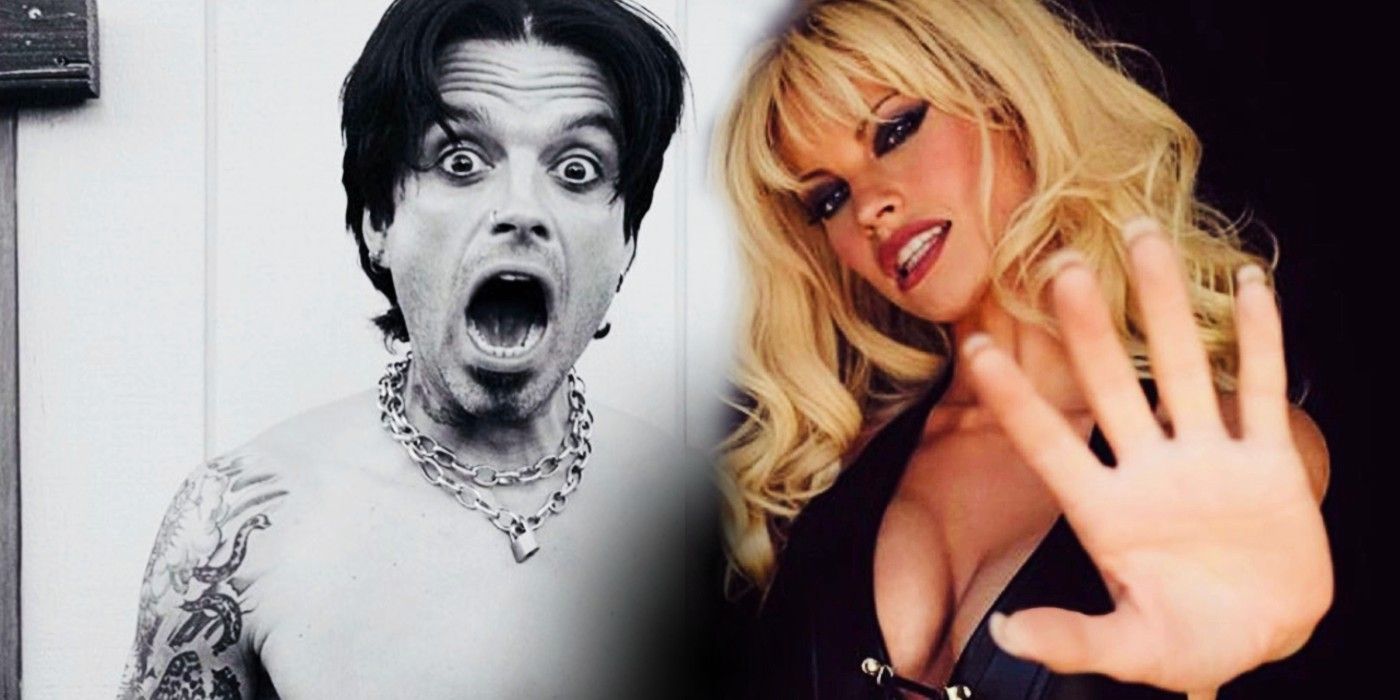 At the height of their fame, Anderson and Lee were the mainstays of the tabloid press and gossip news. On February 19, 1995, the two were married just four days after meeting. The duo got married on a Cancun beach with just a handful of guests. Anderson was a non-traditional bride, choosing a white bikini with a skimpy cover-up over a dress. Lee paired her wedding suit with khaki shorts. Instead of rings, the wild couple chose to get their wedding band tattooed on their fingers.

Related: Pam and Tommy: Everything You Need to Know

James and Stan recently recreated the Whirlwind Beach Wedding for a pivotal scene in Pam and Tommy. The two actors were photographed while filming on the set of the original Hulu series. In the photos obtained by Page six, James and Stan look unrecognizable as they channel the celebrity couple’s iconic wedding looks. James wore the same white two-piece bathing suit and showed off Anderson’s tanned skin, blonde hair, and voluptuous figure. Stan copied Lee’s shorts and went shirtless, exposing his made-for-television tattoos. The two actors were also photographed frolicking on the beach, kissing and hugging as they reenacted Anderson and Lee’s PDA-filled moments. Check out the photos from the set here:

James and Stan have previously shared their drastic transformations on social media, surprising both viewers and critics who believed that other actors could play the lead roles better. James, best known for playing Cinderella in Disney’s live-action adaptation, shed her princess image to dive into the sexy role. Stan also impressed audiences with how dedicated he is to playing the eccentric drummer and even learned to do spinning tricks.

The beach wedding scene will undoubtedly be one of the highlights of Pam and Tommy. Because Anderson and Lee’s relationship took place before social media and paparazzi drones, only a few photos of their spontaneous nuptials have surfaced. It would be interesting to see how the show would depict what fans can only assume happened in Cancun. Expectations are high for the upcoming biopic and based on leaked photos from the set, James and Stan will deliver epic performances.

Next: Pam & Tommy Cast – All Actors Confirmed (And Who They’re Playing)

Abi has a BA in Communication Arts and has years of experience working in the television industry as a researcher, writer and producer. Currently, Abi is a freelance entertainment news writer and publishes news articles on different platforms. In her spare time, she enjoys baking and cooking. She lives with her husband, her young child, and her three rescued cats.

See also  Fight in the capital of Chile; supporters and opponents of the new Constitution face