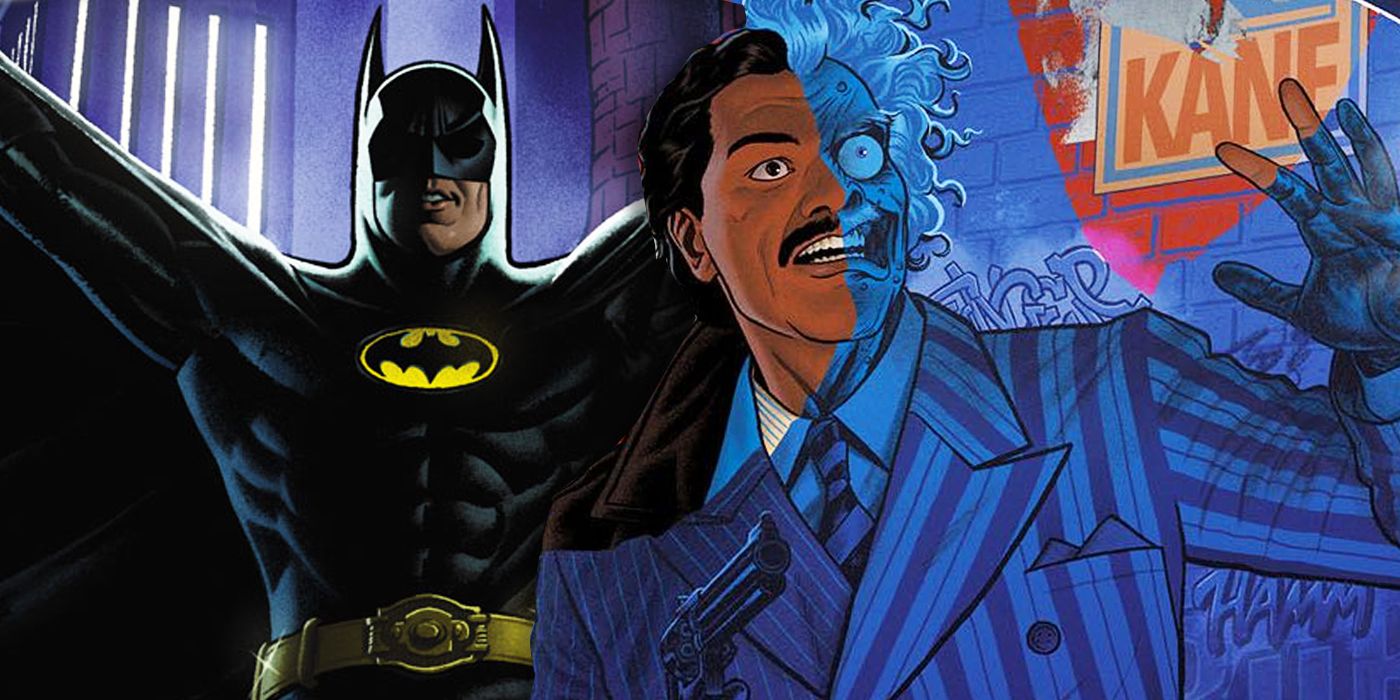 Batman ’89 artist Joe Quinones just posted a sneak peek at the new series hinting that Harvey Dent is a villain before becoming Two-Face!

Batman ’89 Artist Joe Quinones has hinted in the next series artwork that Harvey Dent becomes a criminal before becoming Two faces! Billy Dee Williams’ Harvey Dent is making the leap to the comic book pages in a big way. DC is positioning him as the main villain of the Batman ’89 limited series. He appears on the cover of the first and second issues, causing his transformation into Two-Face.

Two-Face was originally scheduled to appear on Batman Returns but Williams’ return was eventually cut short due to the movie having too many characters. As fans would know, Catwoman and the Penguin spent a great deal of time in front of the screen. Therefore, if it had appeared, it would only have been a supporting role, rather than something important. Now, with the Burtonverse continuing in the comics, Two-Face has a chance to shine as the main villain in the upcoming story with Michael Keaton’s Batman.

Batman ’89 is being written by screenwriter Sam Hamm with art by Joe Quinones. Quiñones has recently been posting teasers for the series. via Twitter. Among many of his tweets, Quinones has offered looks at different Batsuits that will appear, designs for characters like Harvey Bullock, clues as to which Batcave is canon in the series. However, Quiñones’ most recent post teases that Harvey Dent could become a criminal, even before he is Two-Face. Look at the inked drawing that Quiñones released yesterday:

During Batman ’89, Harvey will have a freak accident, as always, and lose half the skin on his face. Typically this is the last straw for Harvey as he forgets the good he had previously done as a district attorney and becomes a monster. That twisted version of himself is, of course, Two-Face. However, in Quiñones’s drawing, Harvey is not yet Two-Face, but he does wield a gun. Plus, toss its iconic coin. From all of this, it can be inferred that Harvey could make the leap to become a criminal even before his terrible accident, which will likely happen in the first issue.

Normally, if Two-Face flips a coin and holds a gun, that means one thing – he’s deciding whether or not to kill someone. Could it be that Harvey is somehow wronged by Gotham, turning the city’s prized district attorney into the criminal he’s destined to be even sooner than expected? It is very probable. It will never be known if Tim Burton intended to carry out the Two-Face story in this way. But it’s great to see William’s Harvey Dent finally transform into Two faces, as it was originally supposed to do in the Burtonverse. bat Man ’89 # 1 It will launch on July 27 on participating digital platforms.