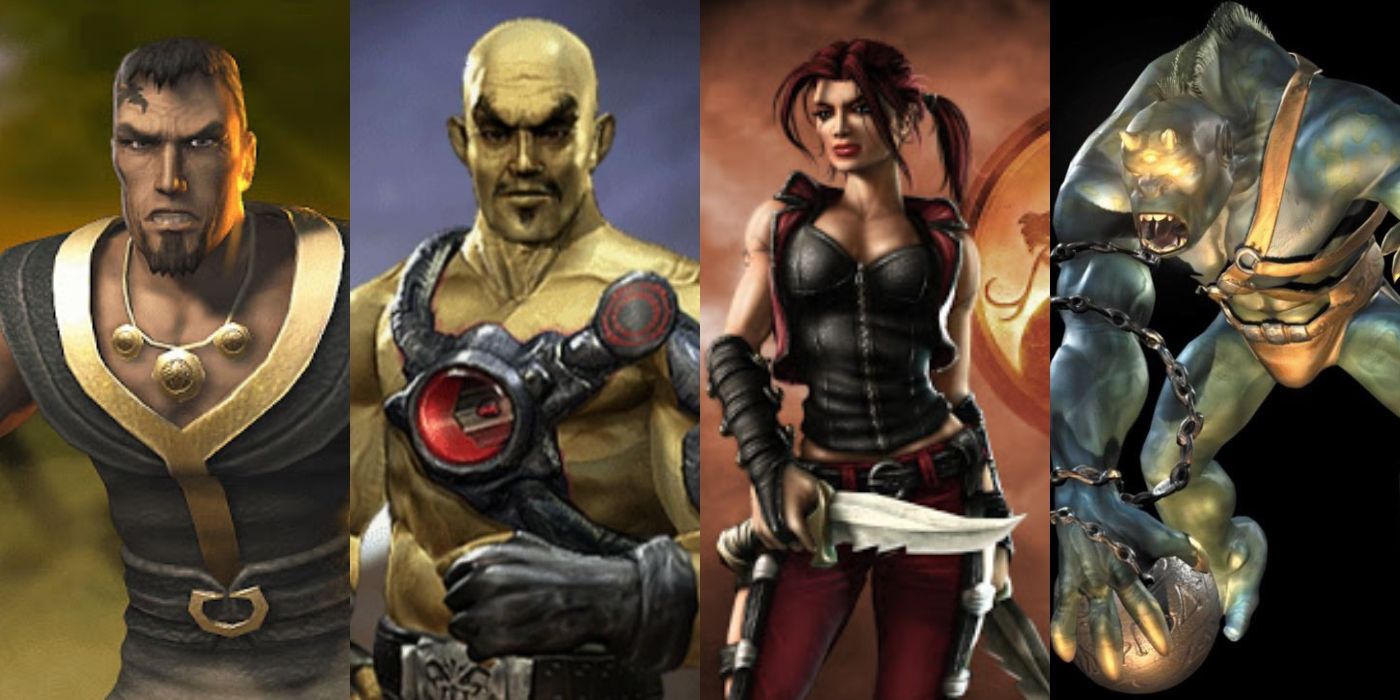 Mortal Kombat is full of memorable characters that MK12 could use, but NetherRealm has left some previous Mortal Kombat fighters in the dust.

The Mortal Kombat The franchise is full of memorable characters that have been around since the beginning of the series. From Sub-Zero to Liu Kang to Shang Tsung, the list of characters who are household names in the fighting game community is extensive, with characters that were introduced in later titles such as Kitana, Mileena, Smoke, and Ermac also appearing repeatedly in more tickets. However, some Mortal Kombat fighters only appear once, and then they are simply forgotten or ignored to advance.

With a series that has been around for as long as Mortal Kombat has, especially a fighting game, there are likely to be some rags in the pile of its many new and returning characters. The NetherRealm development team has shown a certain ability to take some of the minor characters and breathe new life into the modern world. Mortal Kombat trilogy. Some fighters in Mortal Kombat The list, however, seems to be beyond salvation or NetherRealm has passed entirely.

It seems unlikely that the NetherRealm team will visit again Mortal Kombat characters like Mokap, Ashrah or Hotaru (outside of the small cameos, of course). To be sure, each of these characters had a reason to exist at the time, but so far it seems that the developers are apparently not interested in bringing them back in a meaningful way.

Taven is another character who probably won’t be returning for a major role in Mortal Kombat 12. He was the protagonist of Mortal Kombat: Armageddon but he hasn’t had more than a small role since then, and he’s probably not loved or different enough from fan-favorite leads to deserve another lead role. The same can be said for Hsu Hao, who was essentially a different version of Kano in Mortal Kombat: Deadly Alliance and it didn’t do much to differentiate itself in the following titles.

Another character who struggled to find his own place in the Mortal Kombat series is Kai. The Shaolin monk’s character was simply “Liu Kang’s friend” during Mortal Kombat 4, and that lack of a real personality seems to have led NetherRealm and fans to mostly forget about it. Moloch is in a similar situation, as the former underboss has not proven as popular as other mini-bosses. Mortal Kombat characters like Goro and Kitaro.

The other characters’ lack of appearance is a bit more puzzling. Kobra and Kira are basically the evil versions of Johnny Cage and Sonya Blade, respectively. NetherRealm could certainly do something interesting with them in a story focusing on those two fan favorites, but it has decided not to. Nitara is another somewhat strange omission. It recently appeared in the last Mortal Kombat movie, but hasn’t been seen in a game (outside of cameo appearances) since Mortal Kombat: Armageddon. However, her turn in the film was short-lived, which could mean that fans shouldn’t expect to see her return. MK12.

For some reason, NetherRealm has decided to remove various characters from the Mortal Kombat franchise. Many of them have had their movements and personalities embedded in ancient characters, but several have also been completely overlooked. While it seems unlikely that players will see these characters again, it certainly wouldn’t be the first time NetherRealm has surprised fans.

Next: When Will Mortal Kombat 12 Release?

Dragon Age: All Mass Effect Easter Eggs (And Where To Find Them)

Ricky Frech is a Game Features Writer at Screen Rant with a focus on sports games. Ricky has been playing all kinds of sports games since he chose NBA Hang Time on the SNES. He loves jumping between all the modern Ultimate Team modes trying to build the team of his dreams.