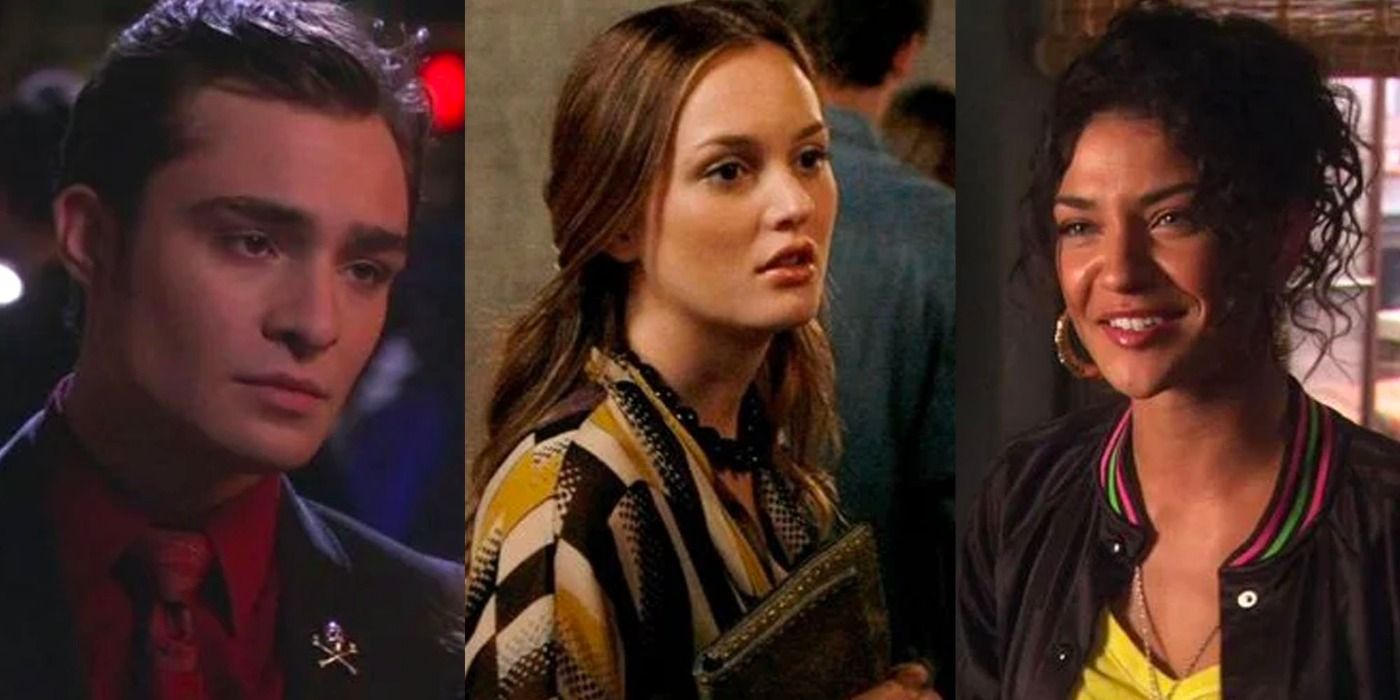 Let’s be honest – Gossip Girl it was not a show for the saints. Yet watching its wealthy characters navigate the proverbially shark-infested waters of fame, money, scandal, and politics was highly entertaining, which is why it still has a cult following. To get to the top each hero had to do some questionable things and sometimes even the villains laid down their weapons.

RELATED: Who Is Your Gossip Girl Soulmate, Based On Your Zodiac Sign?

The unique thing about Gossip Girl was that the antagonists were also the main characters. The Upper East Side had its group of permanent visitors and citizens, and it made fans realize that they really didn’t like people who promoted themselves as heroes and grew quite fond of bad guys. Read on to see who made it into which category.

The matriarch of the Van der Woodsen clan, Lily, was always portrayed as one of the good guys, but fans knew she was on a losing streak, to put it lightly. Despite his attempts to protect Serena and Eric, much of what he did was for the sake of self-preservation.

No one can forget the time when he intentionally called the police for his own daughter and arrested her, lied countless times to Bart and Rufus about his feelings, and conspired to steal the inheritance that Cece had left to Ivy. Lily switched between being ruthless and being loving too quickly, which quickly made her dislike him.

The most evil enemy of the Upper East Side gang was easily the most beloved villain on the show. Her initial scheming to blackmail Serena made fans hate her, but her vivacious personality and unhinged, yet lovable nature turned things around very quickly.

There were several times when he helped Serena, Blair, Nate, Dan, and Chuck, especially escape the scene of Bart’s death, but it was his antics that entertained audiences. His stint as Gossip Girl, claiming Dan was Milo’s father, and his Jesus camp phases were loved by fans, and the unpredictability of his nature kept them on their toes.

It’s no wonder the man Lily finally broke up with was in a hero costume. Serena’s father had been absent for most of his children’s lives and refused to meet her in season 3 when she tried with all her might to get close to him. Her daughter was on the brink of collapse due to her neglect issues.

RELATED: Gossip Girl: The First And Last Line Of Every Main Character In The Series

His sudden return to their lives and his attempts to win Lily’s affection broke up a perfectly happy family that the Humphreys and Van der Woodsens had created, and he also cheated on Ivy in the ending by pretending to be in love with her. It didn’t make sense for him to break up with Lily after the timeskip and be accepted as a beloved relative.

Sebastian Stan’s Carter Baizen was a wild card on the Upper East Side, right from the start. When he first arrived, he was a traveling nomad, who had supposedly given up material possessions and was cut off by his family. He “stole” Nate away from Chuck, which was later revealed to be his ploy to get Nate to pay off his gambling debts through a scam.

He returned in season 3 as Serena’s love interest, and was actually a changed man who had helped her search for her father and harbored real feelings for the It Girl. But Carter’s dirty past came back to haunt him (he’d left the Buckleys’ cousin at the altar), and the family banished him. Carter was very redeemed, and fans loved Chuck’s arch nemesis.

A sore spot for many, Vanessa Abrams’s descent into villainy was worthy of shame. Her arc started out wonderfully as Dan’s environmentally conscious and refreshingly normal friend who was not accepting of the dog eat dog lifestyle on the Upper East Side. She was the perfect hero to support at the other end of the pond, but she started plotting (badly) almost from the start.

His fight with Blair over Nate, and then Freshman’s NYU speech soon turned into lies to Dan about Olivia, and then he started conspiring with Juliet and sending explosions at Gossip Girl. She became increasingly vindictive and lost all the morale that she stood for before, making her a hero that people hated.

As much as fans love Blair, she was not a hero. Blair was openly an antagonist who did what she could to gain an advantage over Constance Billard and then over the entire Upper East Side. Her self-awareness and charming ways of revenge made her an instant favorite: Blair made no excuses for her devious nature and leaned into her.

Her love for her best friend Serena and her motivations behind wanting to be on top made fans want the headband lover too. They had underestimated her too many times and she worked honestly and hard to achieve her goals. His devotion to Chuck and their combined conspiracy also contributed to Blair’s appeal.

He strove to be one, but Daniel was never a hero. He wanted to be as popular and beloved as his wealthy peers, and he used every possible means to do so, which included using their lives without their consent in his stories. Worse still, she was Gossip Girl, which is why she tormented everyone around her, including her friends and family, whom she claimed to love by revealing her darkest secrets.

Dan could have stopped Gossip Girl after she exploded and started causing damage, but he didn’t and held a holier posture in front of his social circle. Even after the reveal, he didn’t seem embarrassed or apologetic for his behavior and continued to judge.

Bass Scion was a diabolical villain in Gossip Girl, to get started. Very spoiled, with a joint in his fingers and very little respect for women (he almost assaulted Jenny), his own friends didn’t like him. However, Chuck’s redemption came with the “death” of his father and with the loving influence of Blair.

He took a U-turn, cleaned up his acting, and began to take on more responsibilities. However, like his partner, he enjoyed putting people down for his own personal gain, and watching the smooth, newborn Chuck Bass do that was delightful.

NEXT: Who Wore It Best? Blair Waldorf vs. Emily Cooper

Fawzia is a freelance photographer and creative producer, with a love for writing about pop culture, television, and film. He has worked on the photography desk at GQ and has written for The Wire, Times of India and DSSC previously.