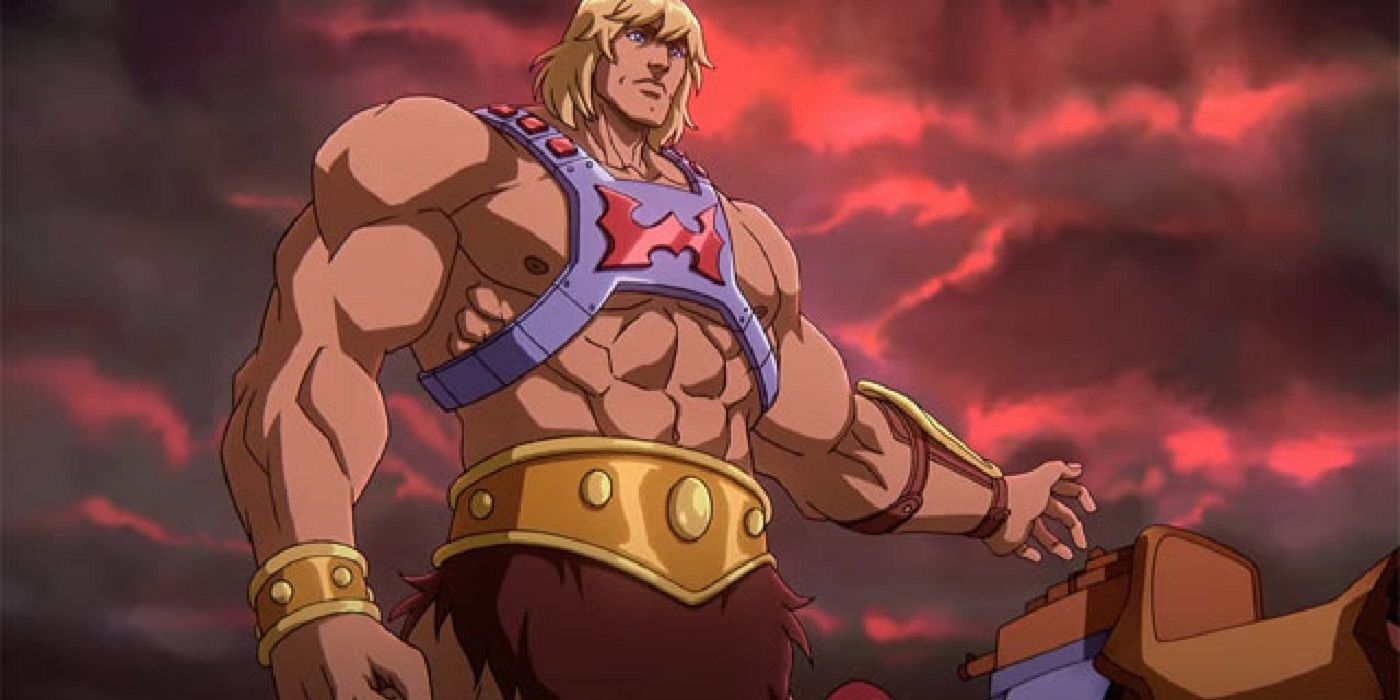 Netflix Geeked will bring some of the fan favorites, as well as some upcoming projects, to Comic-Con @ Home, Comic-Con International’s virtual convention.

Panels will include appearances by creative minds and stars from these series and films, including Zack Snyder, Tom Ellis, Jean-Claude Van Damme, and RL Stine. Full descriptions can be found below:

Netflix and Mattel Television present an exclusive preview of the long-awaited animated series Masters of the Universe: Revelation. Since its inception in 1982, the Masters of the Universe franchise has become a cultural phenomenon, transcending generations and igniting passion among fans around the world. This new action-packed series, which follows He-Man, Skeletor, Teela and the other classic characters from the Masters of the Universe franchise, picks up where iconic characters left off decades ago. Now, almost 40 years later, the new series will delight longtime fans and introduce a new generation to Eternia and the exciting and heroic adventures of the Guardians of Grayskull. The cast and creators will discuss all your questions on how to revive this beloved franchise.

All roads lead to Fear Street …

In this exclusive first panel together since the movies were released, join us Street of fear director Leigh Janiak, cast members Kiana Madeira, Olivia Scott Welch, Benjamin Flores Jr. and Street of fear author RL Stine and celebrate the epic trilogy by hearing all the behind-the-scenes details about how the movies were made and what it’s really like for RL Stine to see his vision turned into an epic blood splatter.

Immerse yourself in all the action as Jean-Claude Van Damme and director David Charhon offer a glimpse of the highly anticipated film, The Last Mercenary, which opens globally on July 30 on Netflix. In an explosive comeback, Jean-Claude Van Damme plays Richard Brumère, aka “The Mist,” as a former French secret service special agent turned mercenary, who must urgently return to France when his estranged son is falsely accused of arms and drug trafficking. by the government, following a mistake made by an overzealous bureaucrat and a mob operation.

Talking about the devil, Lucifer Tom Ellis will join executive producers Joe Henderson and Ildy Modrovich in sharing insider information on what to expect from the sixth and final season of Lucifer.

Army of the dead it was just the beginning … Be one of the first to take a look at Army of thieves, the highly anticipated prequel to Zack Snyder’s Netflix blockbuster. Producers Zack Snyder, Deborah Snyder and Wesley Coller will be joined by director and star Matthias Schweighöfer and star Nathalie Emmanuel to reveal the heist that started it all. In this action-packed prequel, Dieter, our favorite safe thief, is caught up in the adventure of a lifetime when a mysterious woman recruits him to join a team of Interpol’s most wanted criminals, attempting to rob a sequence of legendary characters. , impossible to decipher. safes throughout Europe.

Samuel Gelman started at CBR as a news writer in August 2019 before becoming a news editor in November 2019. While he has always liked superhero, sci-fi and fantasy movies and TV series, he only recently started reading. comics. An uncompromising supporter of The Last Jedi and the series finale of Lost, he can be reached at [email protected] or via his Twitter, @SamMgelman.