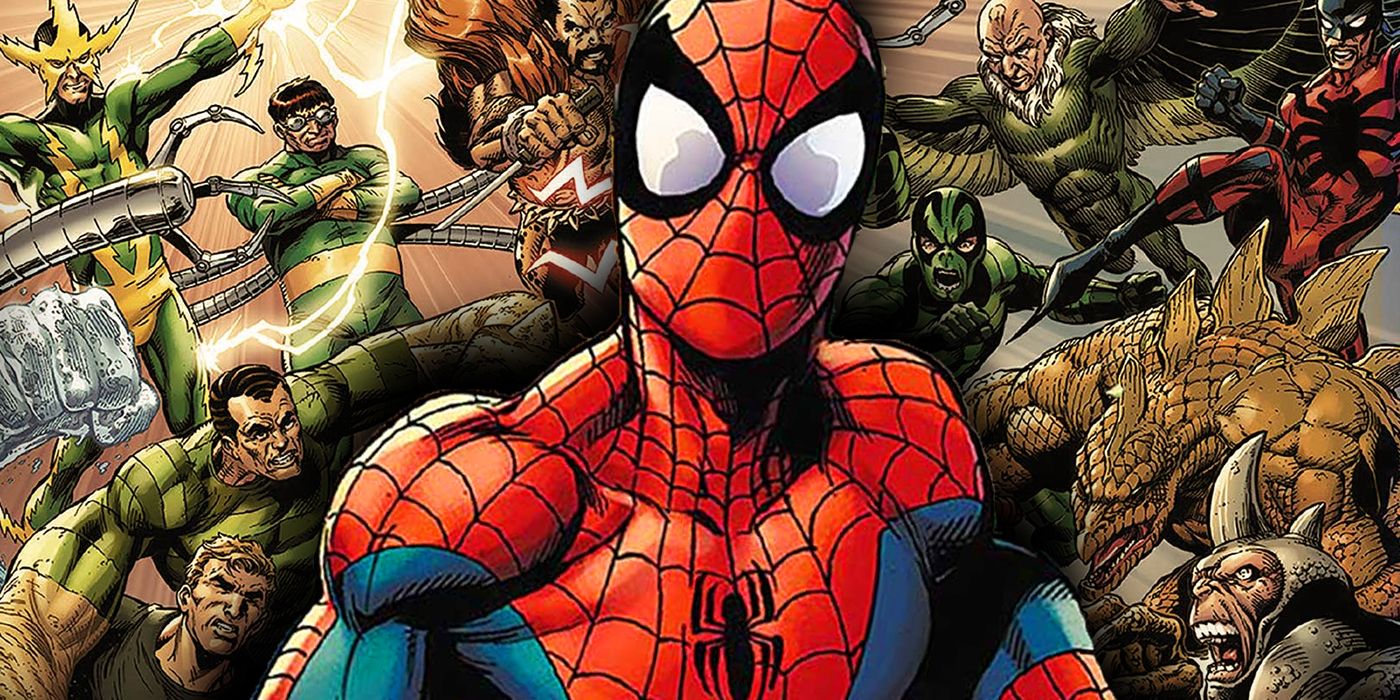 Spider-Man has one of the most colorful cast of villains in superhero comics. Many of these super-criminals have tried to reform before inevitably returning to their old ways. Recently, however, Mysterio has come a long way to redeem himself, and it seems like he’s really turned things around.

Mysterio makes it clear in Sinister war # 1 at the premiere of the most recent Mary Jane movie. Mysterio himself is the director, disguised as Cage McKnight to hide his true identity. While attending the premiere, Quentin Beck shows some signs of personal growth. For example, Beck encourages MJ to tell Peter that his director is really Mysterio.

Although this reveal would prove problematic for Mysterio himself, he still shows great care for MJ and Peter’s relationship, as MJ is now a good friend. When MJ worries about telling Peter that he is working for a supervillain, Mysterio emphasizes that he is a reformed supervillain, showing his commitment to his new life. This career change started in 2019 Amazing spider man # 25 by Nick Spencer and Ryan Ottley.

When Mary Jane decided to return to acting, she immediately signed on for a film by a new writer / director, who happened to be Mysterio in disguise. In 2019 Amazing mary jane # 1, by Leah Williams and Carlos Gomez, MJ discovered Mysterio’s identity. However, seeing how serious Mysterio was in making this movie, he gave it a shot.

Beck, by creating a biopic of Mysterio, wanted to show the world that he had changed, what MJ understood. The two shared a passion for their new film, developing a strong partnership and friendship. When the Savage Six attacked the set, Mysterio and MJ worked together to fight the villains.

In this way, Mysterio showed how much he had changed, protecting his new life from the old one. On Sinister war # 1, Mysterio fights the Savage Six once again when they attack his movie premiere. This shocks Spider-Man, who is unconvinced of Mysterio’s reform.

However, MJ defends Mysterio, reminding Peter of the criminal activities that his ex-girlfriend, Black Cat, and his ex-roommate, Boomerang, have committed. It says a lot that MJ stands up for Mysterio, showing their bond and how much Beck has changed.

Mysterio even tries to tell Spider-Man why Sinister Six and Savage Six are going to war, hinting at Mephisto’s involvement in Kindred’s plans. It seems that Mysterio is really trying to help Spider-Man, which is a change for a villain who has been trying to beat up Peter Parker since he was a teenager.

Naturally, things get complicated when Doctor Octopus tries to lead Mysterio to Sinister Six at the behest of Kindred. Mysterio disappears with MJ, rendering his true motives unclear. Beck could be trying to protect MJ from the Sinister Six, or he could be taking her to Kindred, who tortured Mysterio and resurrected him to do his dirty work.

But even here, Mysterio tells Peter that “The devil always gets his due”, apparently trying to refresh Peter’s memory on the events of “One More Day”, when he sold his marriage to Mary Jane to Mephisto to save to Aunt May.

But as Kindred’s plans kick in, it’s unclear if Mysterio will succumb to his fears and work for the villain. Mysterio’s new friendship with MJ seems to be at odds with his fear of Kindred. In the next issues of Sinister warMysterio may go back to his evil ways out of fear of the Kindred.

At the same time, he was able to overcome this fear thanks to his friendship with MJ and help Spider-Man. Based on Mysterio’s behavior in Sinister war # 1, it seems likely that Beck will turn against Kindred, cementing his redemption arc. From here, maybe Mysterio could tell Spider-Man the reason behind all of Kindred’s plans, which could change everything for the wall-crawler.

X-Men: Xavier may already have the key to resurrect an avenger

Nabeel Gaber is a longtime fan of comics, cartoons, and anything from science fiction. It is based in Houston, Texas, and keeps up-to-date with the latest comics, movies, and TV series. Nabeel graduated from Trinity University and now works as a freelance comic book writer. In his spare time, Nabeel enjoys running, improvising comedy, and most of all reading comics.