What if …?: Everything we learned from the Marvel trailer 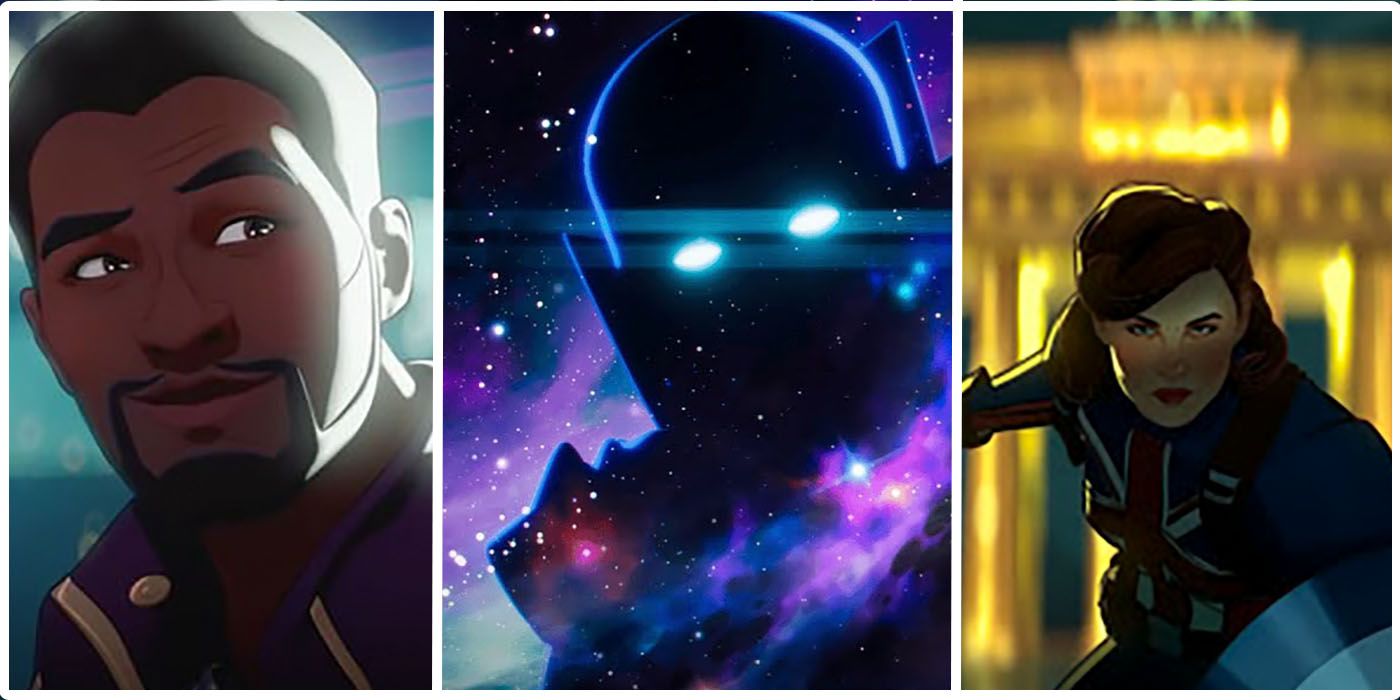 With the Marvel multiverse in tatters after the events of Loki, What if…? dives into that fractured framework and shows fans what the world of the MCU might have been like if something had changed. The new trailer for the Disney + series shows exactly what that means and hints at the different universes viewers will visit.

RELATED: Marvel: 10 Stories Of What Would Happen If They Really Come True

The trailer provides a lot of new information and shows just how wide and varied the multiverse is as it branches and grows. There is one season so far, but given the sprawling multiverse, the show may continue for several more.

10 What if and the multiverse are canon MCUs?

With the Marvel Studios logo prominent in the trailer, the studio’s first animated offering is part of the broader canon of the MCU.

With movie actors voicing their characters on the show as well, Marvel is leaning toward similarities in the multiverse. Returning cast members include Haley Atwell as Peggy Carter, Josh Brolin as Thanos, and Chadwick Boseman’s latest performance as T’Challa.

While anything is possible in the multiverse, it seems like Cap’s shield is a beloved and useful item in at least a couple of universes. Peggy Carter, in her Captain Carter timeline, is shown hitting Hydra bad guys and shoot down a tank with your shield, which is inspired by the Union Jack.

She looks at the shield and says “Where have you been all my life?” showing how useful the shield is in your hands, just as it is in Steve Rogers‘or Sam wilsonit’s in the MCU’s main timeline.

There are several shots of Thor in Las Vegas, fighting what looks like an army of Iron Patriot robots. There is merchandise and a poster with the title “Party Thor” that Marvel has also released, showing it on the same stage.

RELATED: The 10 Most Heroic Things Marvel Villains Did

It’s possible that the Thor who says “there are some people who don’t understand” could be Party Thor as well. He seems to be on the side of good, but less self-conscious than the version of Thor the MCU has featured so far.

7 The elders of the universe have returned

The Collector figures prominently in the trailer, in clips from the reality show near the end of the trailer, as well as in an intense fight with T’Challa and Yondu. While this does not answer the popular question from fans as to what happened to Taneleer Tivan after Avengers: infinity war, your destiny in this universe may be completely different.

He is not the only one to return. While it wasn’t shown in the trailer, Jeff Goldblum is on the show’s cast list, so the Grandmaster will appear as well.

6 The show will have a similar rating to the movies.

While it can be difficult to tell from a trailer what kind of age-appropriate content fans might be getting, Arnim Zola, voiced by Toby Jones, makes it clear that this cartoon will be a bit more intense than most, cursing in German.

Between that and the flashes of Marvel zombies, it is clear that there will be a more adult tone in the program. It will cover themes and timelines that are closer to the dark side than most of Marvel’s animated offerings thus far.

5 The Age of Ultron makes an appearance

Ultron’s plans for Earth never came to fruition in the main MCU timeline, but various battles against his robot armies are shown in the trailer for What If …? There is also a glimpse of a rider:Black widowTo be specific, going through a ruined city, chased by robots. This is reminiscent of the Ultron age event in comics.

That opens up the possibility that some of those influences could be a part of that episode, including heroes fans have yet to see working together as a team in the face of this robot army.

4 Marvel Zombies are scattered throughout their universe

There are several flashes of the Marvel zombies universe in the trailer, showing Captain America and Iron Man as zombies. There is also a glimpse of a figure in the quantum realm that appears to be zombified, so it may be the source of the zombie plague or just a sign that zombies are spreading everywhere in that reality.

This is one of Marvel’s most popular and explored alternate universes in the comics. It is possible that Scott langThe head in a jar, seen in the trailer, will also be part of this universe.

The What if…? progress sample Loki at the head of an Asgardian army, with Warriors Three and Lady Sif, facing off against Nick fury Y TO PROTECT in an environment that looks a lot like the desert of the first Thor movie. Loki wields both Gungnir (Odin’s Spear) and Chest of Ancient Winters in separate clips, but makes one thing clear: In this universe, Loki won the Asgardian throne.

This could be an alternate universe where Thor never learned responsibility or humility, thus never sacrificing his life for the town of Puente Antiguo, New Mexico.

two Spider-Man is here for the fight

While it is only a brief glimpse of Spiderman firing cobwebs at an off-screen target, this trailer confirmed that Spider-Man will be in at least one of these alternate timelines. It looks like Spidey is fighting a version of Wanda maximoff in her full Scarlet Witch form in this clip.

This makes sense when looking at the new What if…? poster, which puts Spider-Man in Dr. Strange’s levitation cloak. If he becomes the Supreme Sorcerer, Spider-Man fighting the Scarlet Witch makes a lot more sense.

1 Dr. Strange goes to the dark side

Whether it’s using the time stone for his own good rather than protecting her, or the dark magic he seems to be wielding as a city melts behind him, it seems like Stephen Stranger he will become a dark sorcerer in one of these universes.

In several of the clips, he looks haggard, with dark circles under his eyes and a slimmer look on his face. His clothes are darker shades and the magic he uses is full of dark stains. With Shuma Gorath, an old god in the Lovecraftian lore, showing up in a fight with Captain Carter, it’s possible that Dr. Strange is engaging in some dark magic.

NEXT: Marvel Zombies And 9 Other Timelines Where It All Went Wrong

Amanda Rabski-McColl recently graduated from the Southern Alberta Institute of Technology journalism program. She is a lifelong fan of comics and superheroes, with a focus on Marvel. Her love of comics has found its way into her work as an opinion editor for Emery Weal on the SAIT campus, and she has written about fandom culture and its impact on its members. You can find Amanda at Twitter Y Instagram.