Loki’s journey is a dark parallel to Thor: Ragnarok 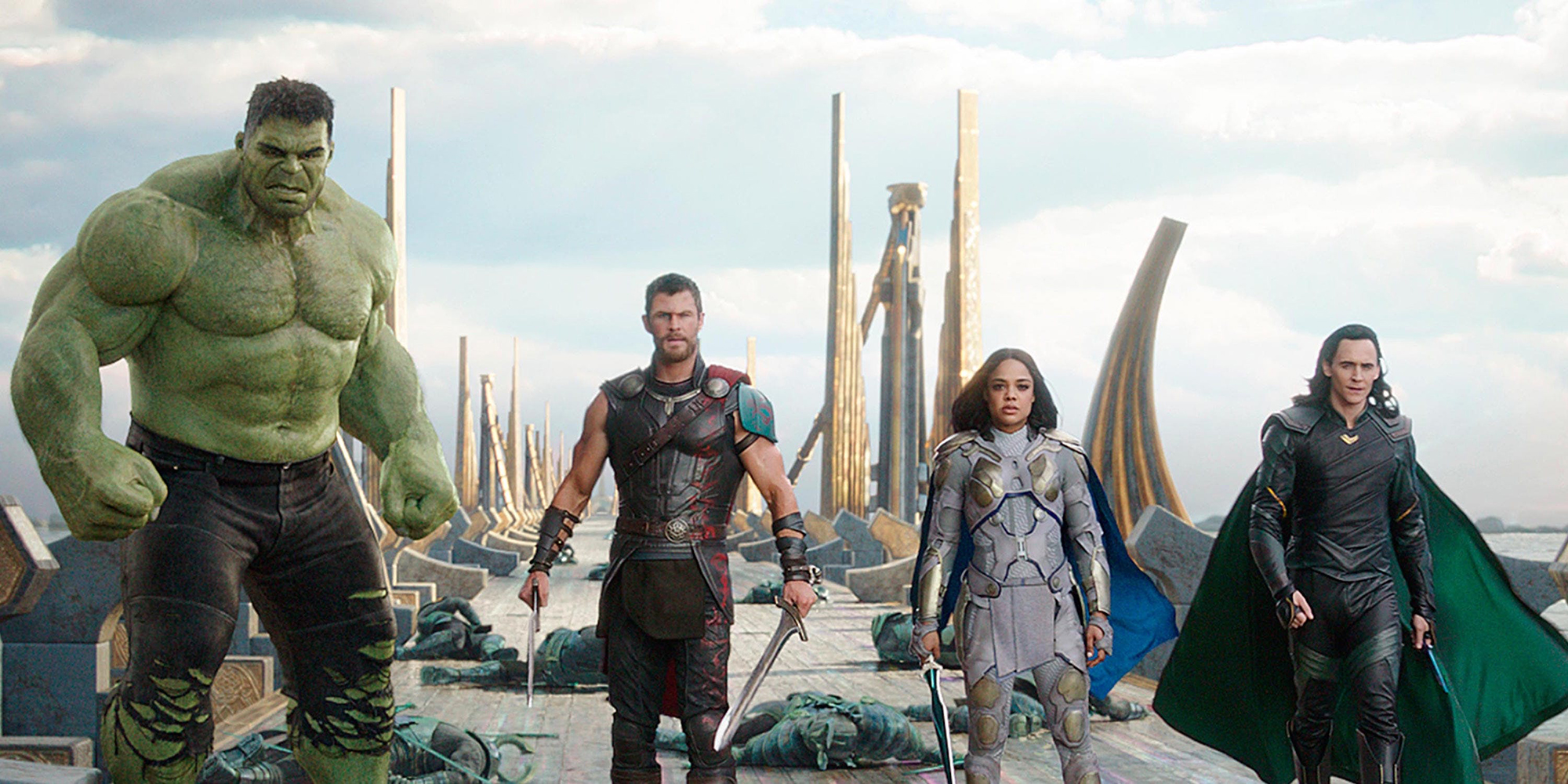 The first season of Loki features the God of Mischief facing events that are very parallel to his brother’s experiences during Thor: Ragnarok.

WARNING: The following contains spoilers for the Loki season 1 finale, “For All Time. Always,” which is now airing on Disney +.

The journey of the God of mischief in Loki is one of the strangest adventures to date in the Marvel Cinematic Universe. From its start on Time Variance Authority to its conclusion, where Loki (Tom Hiddleston) watches reality change before his eyes, the show proves that after six episodes, it still has more surprises up its sleeve. But one of the most interesting aspects of the season is how much Loki’s story resembles the Thunder God adventure in Thor: Ragnarok.

From the beginning of Loki, the parallels between the Trickster God and his brother are obvious. Ragnarok he sees Thor land on Sakaar and, after trying to convince potential threats of who he is, he is immediately humiliated and taken into slavery. Loki experiences something similar when the TVA greets him. He tries to explain his glorious purpose, only to be equally humiliated and imprisoned. While locked up, Agent Mobius (Owen Wilson) tells Loki how time works differently on TVA, in the same way that Grandmaster tells Thor that time works differently on Sakaar.

Although he is much more serious and stoic, Judge Renslayer (Gugu Mbatha-Raw) has a similar title to Grand Master, as two beings who have authority over an entire society and use their power and knowledge as they please. They also each carry their own version of a melt bar; Grandmaster’s is more literal, while Renslayer’s sends variants to the Void. The parallels also continue after Loki, like Thor, tries to play ball with his respective higher power, then decides that escaping is a better option.

On Ragnarok, Thor intends to save Asgard by escaping and starting his own team, called the Avengers, which consists of Valkyrie, Loki, Hulk, and finally Korg and the other warriors. Loki tries to do something similar on his show, intending to rule and eventually destroy the TVA after his escape. The team consists of Sylvie (Sophia Di Martino) acting as Valkyrie due to her fully justified aggression, Hunter B-15 (Wunmi Mosaku) with Hulk’s strength and intelligence from Banner, and the ever-optimistic Mobius as her Korg. Together, they all help Loki’s journey in one way or another until he reaches the true antagonist of the series. 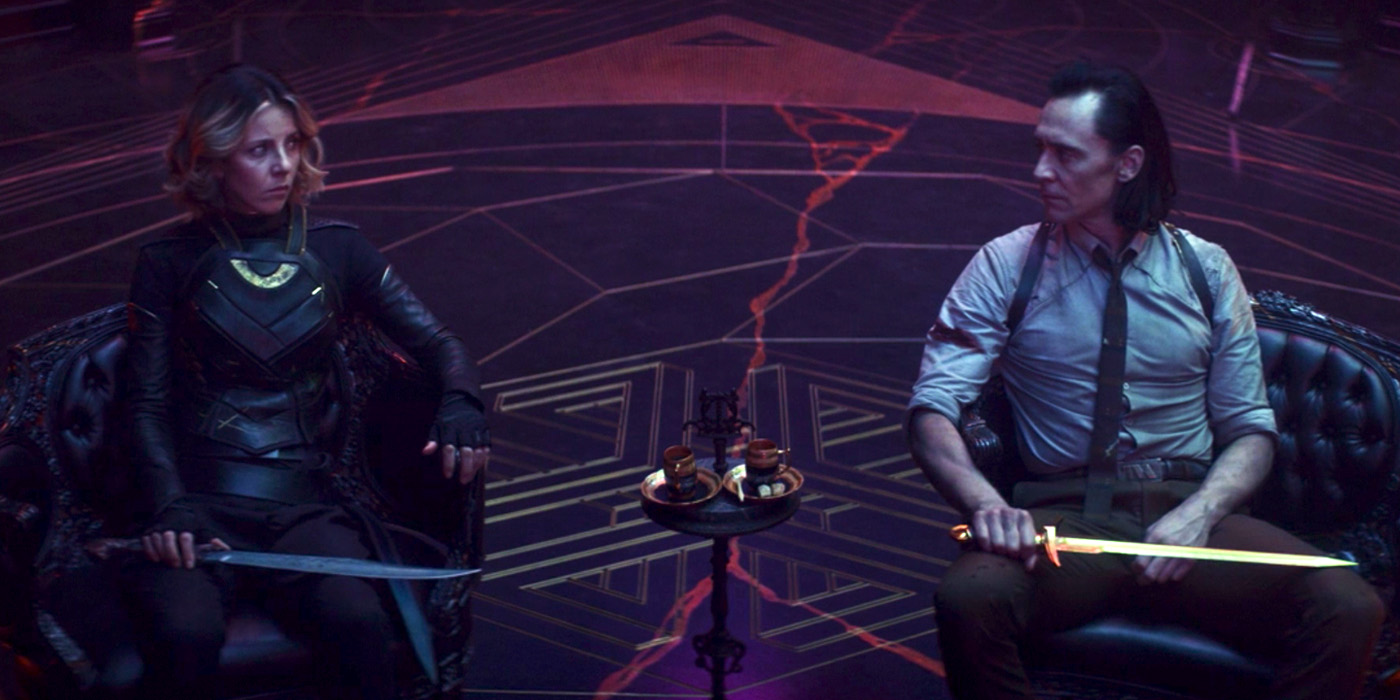 On Thor: Ragnarok, Hela intends to rule Asgard and the other eight kingdoms with an army of the undead and her massive wolf, Fenris. Meanwhile, Loki also features a villain with an obsession for control in The One Who Remains (Johnathan Majors). In the series, he creates the TVA to keep the timeline sacred, acting as its ruler. What Ragnarok, the heroes make their way to him and even face their own version of Fenris, a destructive gaseous creature known as Alioth. While the story shows signs of ending with Loki victorious, it takes a unique turn that reflects Thor’s own change of mind on Ragnarok.

At the end of Ragnarok, Thor decides that destroying Asgard is the only way to save his people. While he is the right choice, it goes against everything he stands for as a hero, as his hammer serves as a building tool rather than a weapon of destruction. Rather, Loki believes that the TVA must be destroyed until he realizes that its existence means saving the timeline from all-out war. Now, a being known for creating chaos is choosing stability for the greater good. In this way, Loki acts a dark parallel to Thor: Ragnarok, showing how similar the two brothers’ stories are. But it also shows how their lives help each other inform their decisions at the most crucial moments.

See also  Sister wives: all the lows in Kody and Christine Brown's relationship

Season 1 of Loki is available to stream in its entirety on Disney +. A second season is currently in development.