The Bad Group: The Kaminoans just became victims of the clone army’s success 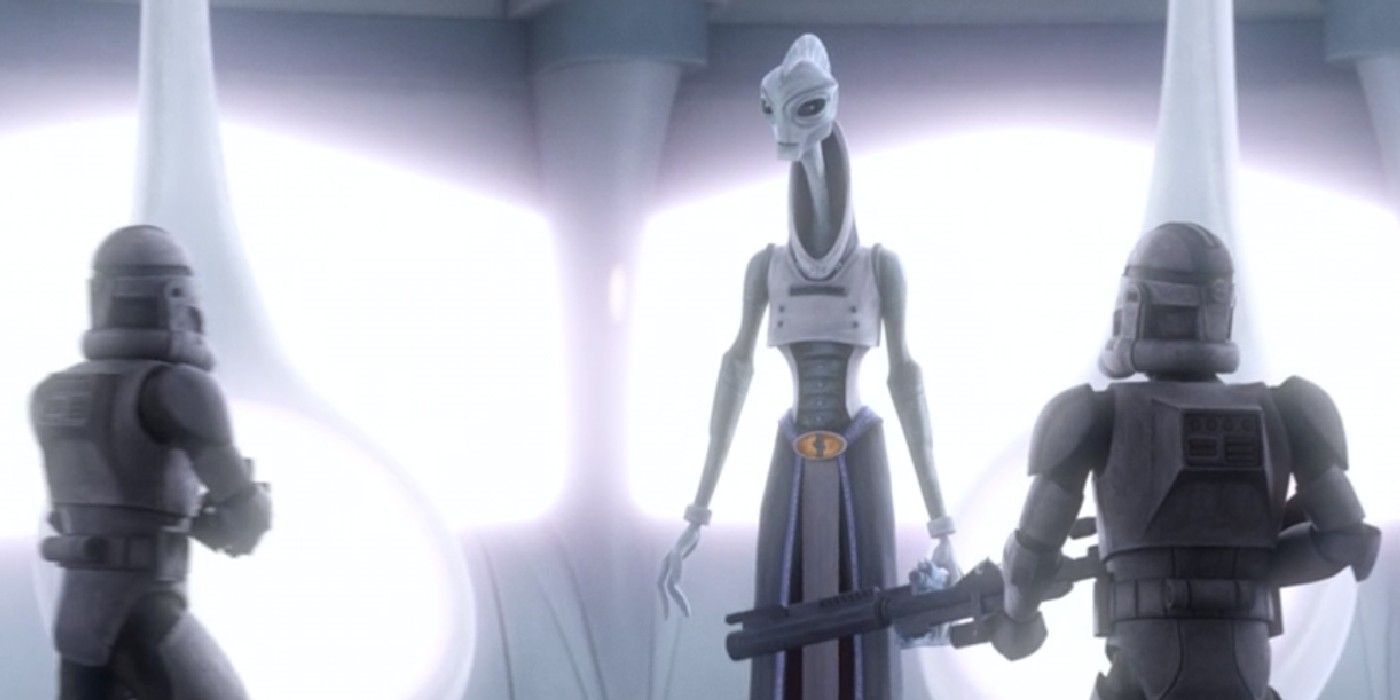 Star Wars: The Bad Batch shows that the Kaminoan Prime Minister, Lama Su, fears for the survival of his species. This is why.

WARNING: The following contains spoilers for Star Wars: The Bad Batch Season 1, Episode 14, “War-Mantle,” which is now airing on Disney +.

In the latest episode of The bad lot, Clone Force 99 breaks his mission for Cid and does Captain Rex a favor in Duro. Your goal is to rescue Clone Captain Gregor from Imperial custody. They succeed, except that Hunter is captured in the process. While that’s the main event in the episode, the subplot may be much more important on a galactic scale because the Kaminoans could soon face extinction.

Ever since the Empire became the ruling authority in the galaxy, the Kaminoans have seen the writing on the wall. It seemed only a matter of time before the Empire cut ties with the famous cloners and canceled the contracts left by the Republic. Knowing this, the Kaminoan Prime Minister, Lama Su, activated a contingency plan that somehow involved Omega. However, due to Nala Se’s secret actions, that plan has yet to come true or even be revealed. So everything has maintained a tenuous status quo. However, now in “War-Mantle”, there are problems.

At the beginning of The bad lot episode, Admiral Rampart and Crosshair have a brief conversation about a secret operation ahead of schedule. The only definitive thing is that Rampart wants all viable clones to be mobilized, and that means all of them. Soon after, a line of young clone cadets is seen marching and even asks Nala Se why they are breaking protocol by leaving the base. So even the little cadets know that something is happening, but they have no idea what could happen.

During the same conversation between Rampart and Crosshair, the faulty clone asks what should be done with the Kaminoans. The admiral’s response is swashbuckling when he says: “We have our orders. Watch them until the time is right. “Clearly, their orders, whatever they may be, are based on a need to know them, but they cannot be good. With the successful transition to conscription soldiers, the Kaminoans have outgrown their usefulness.

RELATED: The Bad Batch Shows Crime Is A Legitimate Business Under The Empire

Later, Lama Su discovers that her worst fears have come true. The Empire has terminated their contracts and appears willing to put any dealings with the Kaminoans behind them. While Nala Se thinks the Empire will move on, Lama Su actually fears for the survival of his species, and he’s right. As much as the Empire seems to disdain the clones, no one can deny their effectiveness. In fact, it was the clone army that killed the majority of the Jedi and placed the Empire in power. Essentially, the clones were so successful that the Empire couldn’t risk that the cloners could, hypothetically, build an army for someone else who could dethrone Palpatine’s Empire. As Lama Su says: “they empowered the Empire to our detriment.”

Lama Su directs Nala Se to gather essential personnel and prepare to flee. However, she is caught by Crosshair’s soldiers. When Admiral Rampart confronts Lama Su, the Prime Minister tries to play dumb, but Rampart does not want to participate. The episode ends with the admiral saying he doesn’t need a politician anymore and walking out of the room, leaving Lama Su behind with two elite soldiers. Maybe Lama Su is already dead. However, if he was only arrested, it only seems like a matter of time before he wishes he was dead, given the cruelty and brutality of the Empire.