What happens now that the lava from the La Palma volcano has reached the sea? 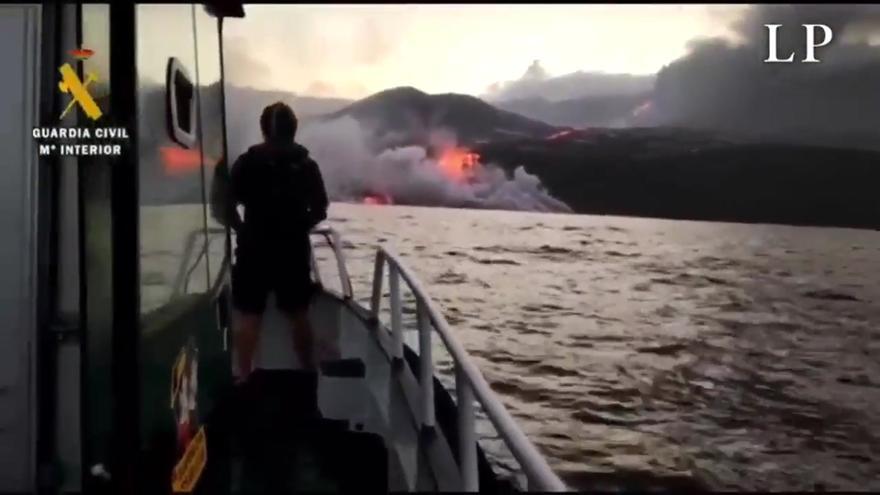 Since the Cumbre Vieja volcano on the island of La Palma erupted last Sunday, September 19, ten days ago, one of the The experts’ greatest fears was that the great lava tail would reach the sea. Due to the changing nature of this destructive natural phenomenon, the first reports said that it would take only a few hours to reach the Atlantic. That time increased until later the magma slowed down and the hypothesis that it would slow down before hitting the coast began to gain strength. But eventually the lava came into contact with the water on Tuesday night after devastating the town of Todoque and finding little opposition in its devastating path.

The big question is: What happens now? To begin with, the risk of detonations and explosions is high due to the contact of various chemical components that react with each other. As explained by the geology professor at the University of Las Palmas de Gran Canaria, José Mangas, in an article in the ‘BBC’, when magma cools in contact with salty water it solidifies and instantly small projectiles can be thrown upwards.

In addition, the lava advances at a temperature of about a thousand degrees and emits toxic gases. On the other hand, compounds such as sodium chloride, sulfur, carbon, lead, and even iodine are naturally present in the ocean. When they come into contact with the extremely high temperature of magma, they evaporate and can pose a serious health risk. For this reason, the authorities urge the population not to approach the area.

The experts they do not expect this phenomenon to affect the population if security measures are followed. With these precautions we want to avoid situations such as those that were experienced in Hawaii in one of the multiple volcanic eruptions that the island has suffered. Due to these gases that caused the contact of lava and salt water, citizens of nearby towns experienced itching and stinging of the mucous membranes.

What remains to be seen is how this situation will affect air and maritime traffic. A large column of water vapor is already visible from several kilometers around and can make it difficult for planes and boats to move in some areas. At the moment, boats cannot circulate to the south of the island through Punta del Pozo (Puerto Naos, Los Llanos de Aridane) and to the north through Las Viñas beach (Tazacorte).

The surface temperature of the emitted lava reaches 1,113 degrees Celsius. It is also estimated that the volcanic gases emitted can reach 3,000 meters in height.

Thus, the first estimates of sulfur dioxide (SO2) emission into the atmosphere by this eruptive process have been made, reaching emission rates between 6,000 and 9,000 tons per day.