All the lies about recycling plastics 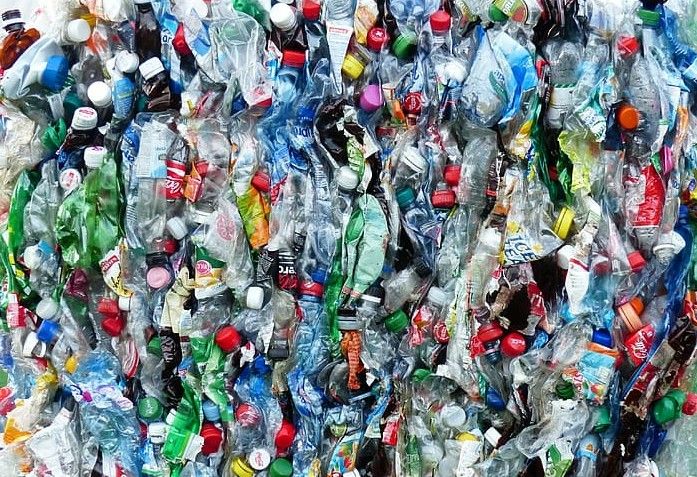 Verificat, a Catalan non-profit platform focused on examining political discourse and content on networks with a magnifying glass, has crossed the data on plastic recycling from the Ministry of Ecological Transition, Ecoembes –the integrated management system that is responsible for collecting light packaging-, Cicloplast -the materials entity that compiles the figures for the generation and recycling of plastic packaging waste- and the National Association of Plastic Recyclers (ANARPLA) and the accounts do not come out. We review here the ‘lies’ about this material used in building and construction, mobility and transport, electronic devices, agriculture, health care and consumption.

Lie # 1: All discarded plastic has a second life

The world has produced 8.3 billion tonnes of plastic since 1950, of which only a third was still in use in 2015 (in the form of chairs, pens or wallets). According to a study published by the by the magazine ‘Science‘(2017), only 9% of the 5,800 tons that ended up in the garbage was recycled at some point and only 2% were still in use after the recovery process.

Plastic production grows exponentially. More than half of those 8.3 billion tons were manufactured since 2002. That is, in 13 years the world produced the same amount of plastic as in the previous 52, but recycling only manages to process a minimal proportion.

In Spain, around a third of the plastic that is discarded each year has a second life, according to cross-data from the three entities. The ministry it only gives figures for packaging recycling, Ecoembes offers a photograph of the treatment of regulated domestic packaging, Cicloplast of the treatment of all plastics and ANARPLA explains what happens to the waste during the recovery process until these materials return to the market.

The highest figure is the recycling of domestic packaging that Ecoembes gives, 75.8% in 2018, which drops to 50.7% if those from industry and commerce are added. The amount of plastic that can be used again after all these processes is 32.4%, taking into account other plastics (not just packaging) and the waste from the recycling process, according to the latest available data, from 2018.

Less than a third of almost 2.6 million tons of plastic thrown away in 2018 returned to the market as a raw material, according to Cicloplast data and ANARPLA calculations. The rest ended up in landfill, incinerated for energy or exported to other countries for management.

Each piece of information about the plastic that is recycled tells a different reality. For example, the annual reports on the recycling of household packaging carried out by Ecoembes calculate that 3 out of 4 kilos of plastic containers (75.8%, according to 2018 data) discarded in Spanish homes were recycled. This includes containers recovered from yellow containers and some of those who go gray.

The fraction of domestic packaging is the one with the best recycling rate in Spain thanks, on the one hand, to the increasingly high use of yellow container and, on the other, to the mechanization of selection plants, where the containers are separated according to their composition and where those that should not have been thrown into the yellow container are discarded.

However, the recycling rate of 75.8% calculated by Ecoembes does not take into account all household packaging waste. The entity considers only those who have paid a fee called Green Point, which covers its recycling and carries a circular symbol with two linked arrows. “The containers that do not carry the icon have entered the market fraudulently” and Ecoembes does not reflect them in its calculations, as explained to Verificat Mayca bernardo, Cicloplast communication manager.

The Cycloplast numbers, who estimate this surplus at around 165,000 tons per year (18%), conclude that in 2018 62.2% of all plastic packaging waste was recycled generated in Spanish homes, which represents a drop of more than 13 points compared to the Ecoembes figures.

Beyond homes, almost 30% of total plastic waste is generated in the form of packaging in commerce and industry, mostly as packaging film. Of this fraction, just over a third of the waste is recycled (36.2%). Adding those from commerce and industry to those originating at homes, the recycling rate drops to 50.7%, more than 10 points below the domestic rate.

This is the recycling rate for plastic containers that must be report to the European Union, which requires that it be higher than 50% by 2025, something that is already slightly met in Spain. By 2030 the rate should increase to 55%, but this data does not reflect the total of discarded plastics because it only takes into account household, industrial and commercial packaging, but not other types of plastic such as toys, cables, lunch boxes or any another object.

Lie # 4: Agriculture, electronics and construction are not a problem

Most of the plastic waste generated in Spain is in the form of packaging, whatever its origin (domestic, commercial or industrial), but more than a third of the plastic discarded in 2018 did not belong to this category (about 914,000 tons). The agricultural sector contributes especially to the generation of this type of waste, according to data provided to Verificat by Oscar Hernandez, CEO of ANARPLA, together with that of electronics, construction and automotive. In this category, which also includes household waste other than packaging, the recycling rate is the lowest: 28.6%.

Lie # 5: If they reach the plants, they are processed

Currently, European regulations specify that recycling “must be measured when the waste enters a recycling operation.” That is, the waste of materials that occur in the recovery process and that do not end up being converted back into plastic are also accounted for as recycled even if they do not return to the market as a raw material.

However, these so-called ‘improper’ losses (those wastes that enter recycling plants, but cannot be processed) represented on average 18.6% of the total plastic waste considered as recycled in 2018. The proportion varies depending on the type of plastic, as explained to Verificat by the director of ANARPLA, and its origin. In the case of agricultural plastic, for example, they can reach 40%.

In other words, 1 out of every 5 kilos of plastic that management entities count as recycled does not return to the market. In addition, in 2018 some 160,000 were exported before being recycled, offset, in part, by the importation of waste from other countries for recycling (140,000 tons that same year, as can be consulted in the Comtrade database).

Discounting waste and exports and adding imports, the plastic that the recyclers reintroduced as a raw material on the market in 2018 is finally reduced to 32.4%. That is to say, less than a third of the plastic waste generated in Spain was reintroduced into the market.

Between 1992 and 2016, 70% of the waste traded globally were exported to China and Hong KongA region that, in turn, exported most of the plastic purchased from China. Spain, in line with the global trend, sent 60% of its plastic waste exports from those years to these two countries, around 1.7 million tons, according to the figures it provides. the Comtrade database (inserting the code 3915 in the search engine that refers to the trade in plastic waste).

The European Commission warned in 2018 on the implications of these exports for nature: “A significant part [del residuo plástico generado en la Unión] it leaves the EU for treatment in third countries, where possibly different environmental standards apply. “

admin
See also  Mexico is risking the right to truth and justice with the Ayotzinapa Case, says the GIEI