Catalan fish and crustaceans are in good health, despite the poor condition of the Mediterranean 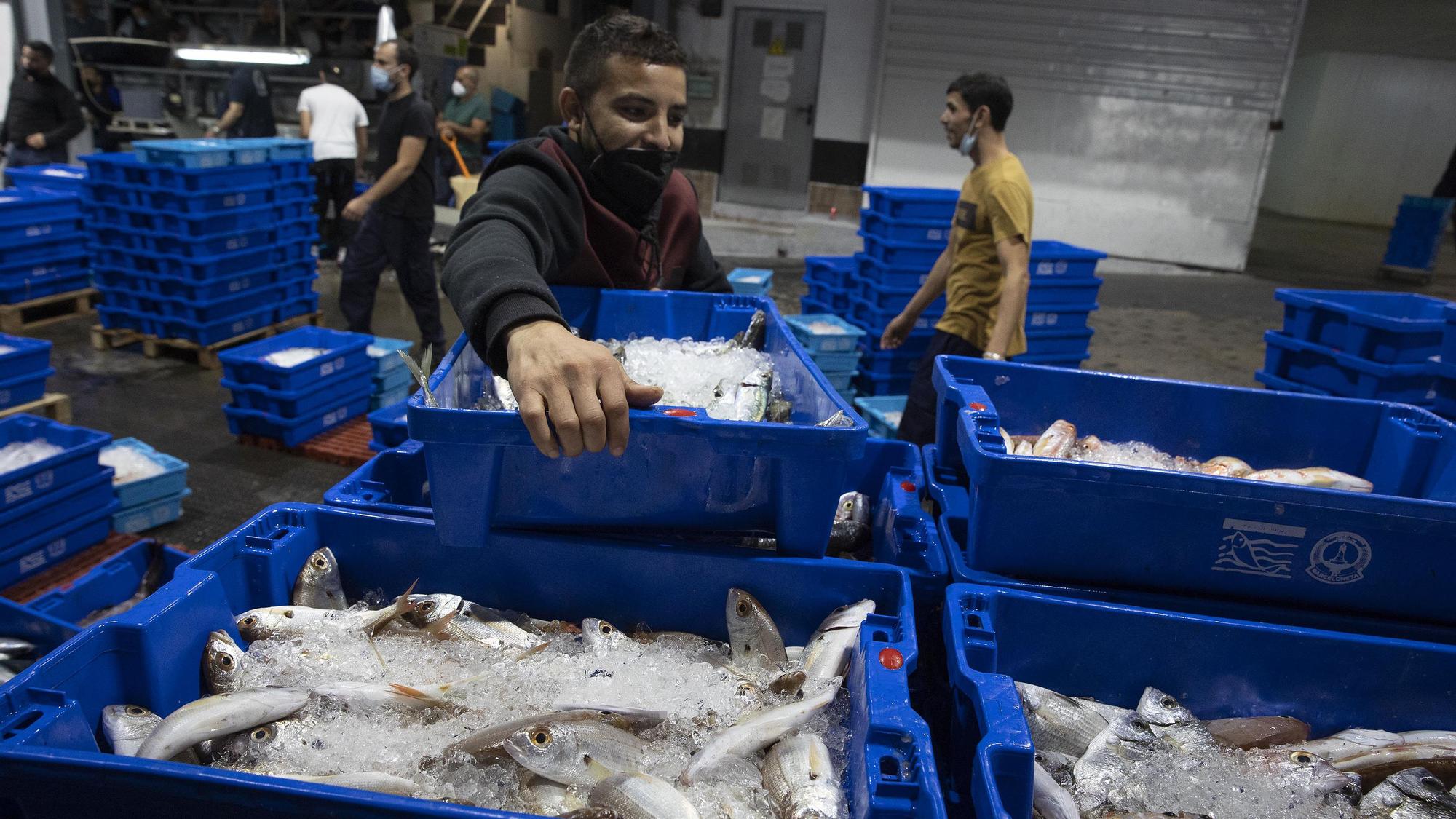 The fish and crustaceans that inhabit Catalan waters are in good health. To say this in a world immersed in an unprecedented climate crisis is, however you look at it, “Good news”. This is explained by the team of researchers from the ‘Som Pesca’ project, from the Autonomous University of Barcelona (UAB), after studying for months the species that are caught in the waters of Barcelona, ​​Blanes and San Carlos de la Rápita. “We are very used to talking about bad news from the sea but today, despite everything, we can say that the diagnosis is pretty good“explains scientist Anna Soler-Membrives.

The research, carried out thanks to the collaboration between scientists and fishermen, has achieved a complete ‘X-ray’ of the main species that, today, are fished and marketed in Catalonia. After long sampling campaigns and an exhaustive analysis in the laboratories, “the study has not found no pathological alteration in the animals studied. Neither has any anomaly been found in the tissues, “argues the researcher Maite Carrassón.”The animals are healthy. AND we have not found a risk of parasites with zoonotic potential that can make people sick “, adds the scientist during a conference at the fish market of the Cofradía de Pescadores de Barcelona under the watchful eye of the city’s fishermen and fishmongers.

See also  Sex and the City: Carrie Bradshaw's age at the beginning and end of the franchise

According to the researchers from ‘Som Pesca’, these results represent a reason for joy. Especially since, at the moment, it would be difficult to get such an X-ray in other parts of the Mediterranean. “We have not found any anchovies with anisakis in Catalonia. On the other hand, as other studies show, we know that this parasite is especially prevalent in other areas of the Mediterranean, such as the Ligurian coast (Italy), and at points on the Atlantic coast, such as Galicia and Cantabria“Soler-Membrives adds in an interview with EL PERIÓDICO.” The low presence of anisakis in Catalonia is even better news if we take into account that Spain stands out as one of the countries most affected by this disease“, Add.

“We have not found any anchovies with anisakis in Catalonia. Instead we know that this parasite is especially prevalent in other areas of the Mediterranean”

The footprint of microplastics

The other side of this X-ray shows a less pleasant side of this story. Marine fauna is also suffering the effects of the climate crisis and, above all, of the pollution that our species dumps into the sea. Laboratory analyzes reveal that a good percentage of the fish studied (above all those that live or feed at ground level) present microplastic fibers in your stomach. But studies show, animals don’t accumulate large amounts of this microscopic litter. In fact, the scientists explain, everything indicates that plastics are disposed of like any other food waste.

Crustaceans, for their part, stand out as the most affected by the omnipresence of microplastics in the sea. The research, in fact, estimates that 80% of the prawns analyzed have synthetic fibers inside. Above all, fishing south of Catalan waters and in the surroundings of the Barcelona metropolitan area. Most of the microfibers studied are made of polyester and acrylic, probably derived from the textile industry. “If you look at it under the microscope, many of these microplastics have up to the typical colors and shape of the fibers in clothing“, says Soler-Membrives.

Unlike what happens with fish, the scientists explain, these fibers they accumulate inside the crustaceans forming a kind of ball. But, luckily, the prawns periodically manage to get rid of these garbage balls. “In molting moments, where it completely renews its exoskeleton, the animal also gets rid of the microplastics that it had accumulated. At this stage we see that the plastic counter resets“, argues researcher Maria Constenla.

One of the most repeated questions when talking about microplastics is what effects it can have on human health the fact of eating animals affected by these pieces of garbage. On this, the researchers from ‘Som Pesca’ provide two keys. The first is that, according to their studies, even fish and crustaceans with microplastics are in good health (probably because, as explained previously, this material has a short life inside the animal). The second key is that ” microplastics are concentrated in the intestines (and not in the muscle fiber) so with something as simple as cleaning the fish we are already eliminating much of the problem “, comment the scientists.

In a world awash in bad news, the good results of this work resonate even more strongly. “Many times what comes from outside is valued more because it is unknown what the local product is like. But now it is not only the fishermen who praise our product, science also highlights the added value of the fish and crustaceans that are fished in Catalonia “, says José Manuel Juárez, Senior Patron of the Cofradía de Pescadores de Barcelona after the presentation of this X-ray of the Catalan sea. “At last we can boast of good news,” he exclaims.