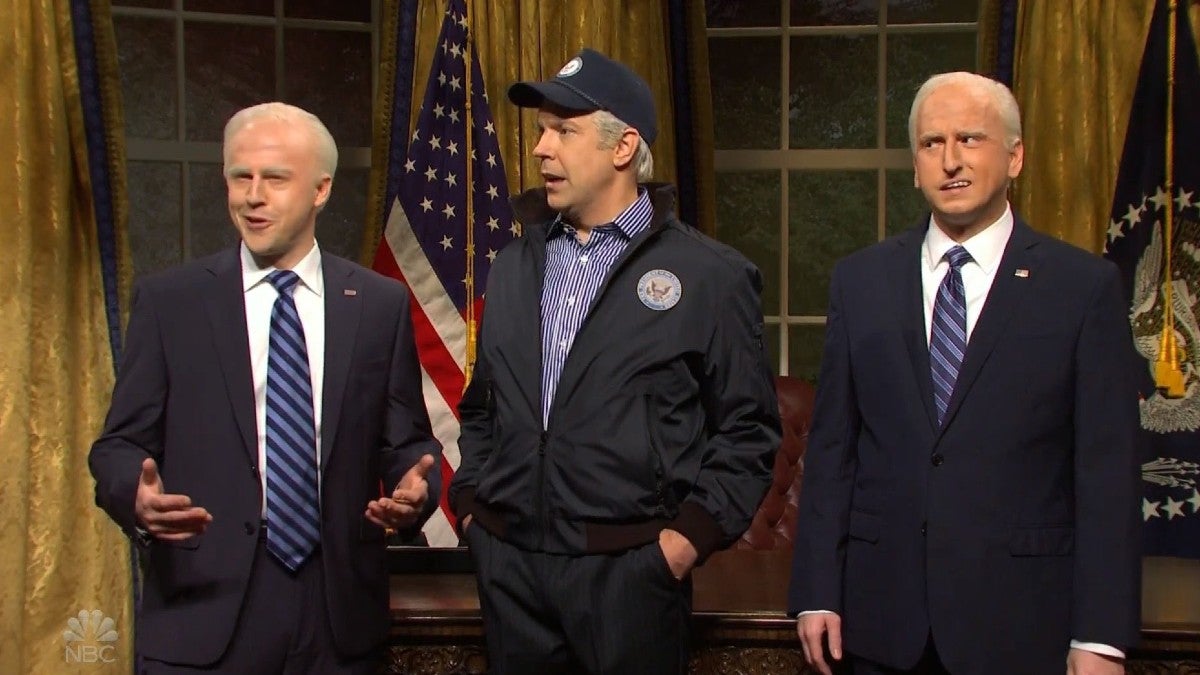 “SNL” brought back almost everyone who played Joe Biden, courtesy of Time Travel, to cheer on today’s Joe Biden, and honestly, it cheered us on, too.

The open and cold sketches of “SNL” have tended to be very, very long over the past few years, pretty much since the rise of fascist sympathizers in America turned politics into a constant stress ball, and coincidentally (not really ), that context made up the central joke of the open cold premise. But the sketch itself was very short, which was a nice surprise.

The sketch began with current “SNL” cast president Joe Biden, played by newcomer James Austin Johnson. This Biden was extremely discouraged by his declining voting numbers, and he needed a pickup.

That’s when he was suddenly joined by a visitor from the past: Vice President Joe Biden, traveling to the present since 2013, played by the guy who played Biden during the Obama years, tonight’s host, Jason Sudeikis.

Biden from Sudeikis noticed how sad Biden is from Johnson and tried to cheer him up with a lot of Biden swagger. “I hope this doesn’t sound sexist, but you have to smile more sweetly,” he joked.

Johnson’s Biden explained that things are pretty bad and told old man Biden that the last president screwed up everything. But when he brought up some of Donald Trump’s most embarrassing scandals, he didn’t really make it clear who he was talking about.

You can see part of him, from when Biden from Sudeikis appears, below: