‘Call Me By Your Name’: Shia LaBeouf was going to star in the movie with Timothée Chalamet 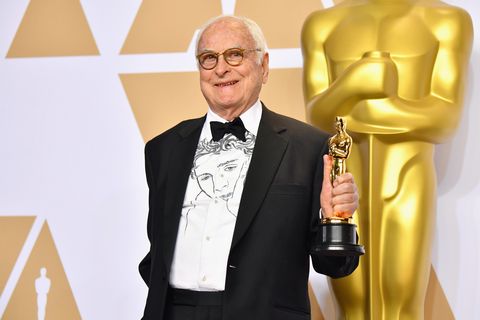 The next memories of James ivory, the legendary writer and film director, bring a story that will surprise many of the fans of ‘Call Me By Your Name’: Shia LaBeouf was originally going to star in Luca Guadagnino’s film alongside Timothée Chalamet. Titled ‘Solid Ivory’, the memoirs explain in detail (as it has been possible to read in an extract published by GQ magazine) what happened behind the scenes so that this original plan did not go ahead.

“He had been contacted about the role of Oliver. At this, I hesitated. I didn’t know much about him, so I saw some of his films. He is a very good actor. But as an academic writer on the Greek philosopher Heraclitus, it would be a bit of an exaggeration. Well, I thought, it would be kind of a diamond in the rough, like my friend Bruce Anawalt. Shia came to read the script for us in New York with Timothée Chalamet, paying for her own plane ticket, and Luca and I were impressed“, says the screenwriter of the film, released in 2017 and which led him to win an Oscar for Best Adapted Screenplay.

The writer continues in his memoirs: “The reading of the two young actors had been sensational, they made a very compelling attractive couple. But later, too, Shia was eliminated from the process. It had gotten bad publicity. He had gotten into a fight with his girlfriend; he had defended himself from the police somewhere when they had tried to calm him down. And Luca wasn’t calling him, not him or his agent. I emailed Shia to reassure him, but then Luca chose Armie hammer and he never spoke to Shia or him again. “Funny that they didn’t choose LaBeouf for his bad publicity and ultimately stick with Armie Hammer, who suffered one of Hollywood’s biggest scandals in 2021.

The same resolution that Guadagnino showed to choose his protagonist was used to communicate to Ivory that, despite the initial idea of ​​doing it in collaboration, he would be the sole director of the film. “Perhaps because this would constitute an admission of some kind of masculine weakness that his Sicilian constitution could not bear”writes the screenwriter, who throws a poisoned dart at the director and makes it clear that their relationship was far from perfect. Despite all the problems, ‘Call Me By Your Name’ is still a crowd favorite.

admin
See also  The 'Green Lantern' series: Everything we know about the return of the Green Lantern