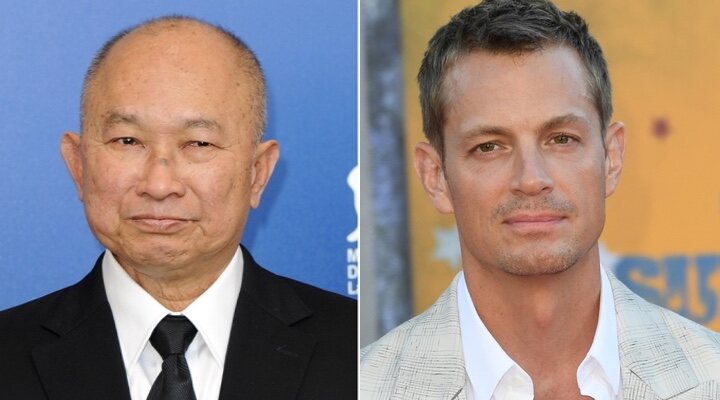 After being away from Hollywood for almost 20 years, director John Woo has a new project in the Mecca of cinema: an action thriller starring Joel Kinnaman without dialogue. ‘Silent Night’, the film’s title, will be the first of its kind completely silent, with noise and music but without a single word. According Deadline, the story is quite basic and is about a father who seeks to avenge the death of his young son. The producers will be Basil Iwanyk (‘John Wick’), Erica Lee, Christian Mercuri and Lori Tilkin.

It is clear that the most interesting thing about ‘Silent Night’ will not be its plot but its way of telling it, because let’s not forget that Woo has some experience in action cinema being responsible for such mythical films as’ Mission Impossible 2 ‘,’ Face to face ‘and’ Paycheck ‘. We just saw Kinnaman in ‘The Suicide Squad reprising the role of Rick Flag and before that he has appeared in the series’ In therapy’, ‘House of Cards’,’ Altered Carbon ‘or’ The Killing ‘and movies such as ‘RoboCop’, ‘Easy money’, ‘The guest’ or ‘A night to survive’.

Who is John Woo?

John Woo was born in China in 1946 and began his film career as a script supervisor at Cathay Studios. Years later he became a production assistant until in 1974 he directed his first film: ‘Tie han rou qing’, choreographed by Jackie Chan and with fast-paced action scenes. After several commercial failures, Woo directed ‘A Better Tomorrow’ in 1986, revolutionizing action cinema in his country. In 1993 he moved to the United States where he shot ‘Human Target’ with Jean-Claude Van Damme, ‘Nuclear Alarm’ with John Travolta and Christian Slater, ‘Face to Face’, ‘Windtalkers’, the first sequel to ‘Mission Impossible’ and ‘Paycheck’, his last Hollywood job in which he directed Ben Affleck and Uma Thurman.

See also  X-Men: An X-Force veteran holds the key to defeating the dark god of Krakoa

From 2003 until now Woo has continued to make films in China such as ‘Red Cliff’, ‘The Crossing’ and ‘The Crossing 2’ or ‘Manhunt’. In these years he has also scripted a video game, ‘Stranglehold’, He has worked as a producer and has continued to put himself in front of the cameras in small roles in Asian films.