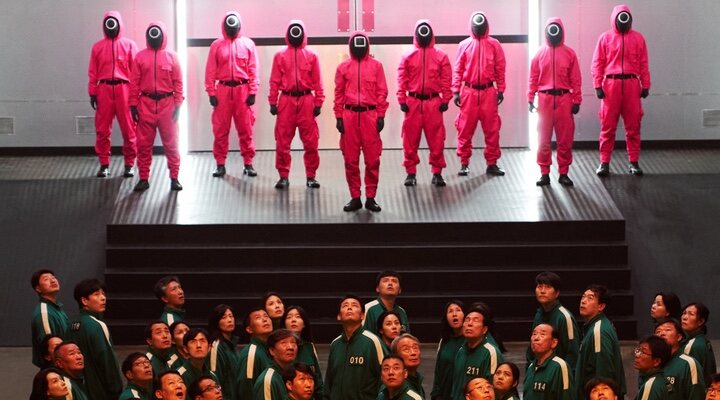 Get rid of the costume parties that Netflix has found a much scarier way to celebrate Halloween: recreate ‘The Squid Game’. The platform has recreated in Los Angeles a play area of ​​the series in the Korean neighborhood of the city for the bravest to try that Asian version of the tazos, try to cut Dalgona cookies and of course try their luck with the “one, two, three English chick.” Of course, without killing anyone.

Red light! Green light! As a Halloween surprise, we brought Squid Game to life in Los Angeles’ Koreatown as a one-day event for locals who dared to play. pic.twitter.com/fjEe4toPXo

“Red light, green light! As a Halloween surprise we’ve brought Squid Games to life in Los Angeles’ Koreatown in a one-day event for locals who dare to play.”

Those attending the event were also able to take all the photos of the world, lie down on the bunk beds and even eat in some themed food trucks installed by the platform where food was served with names like ‘Inspector Royale’ and ‘Tug Of War’ (something like the ‘tug of war’, the rope game).

Since its premiere last September, the series created by Hwang Dong Hyuk has only grown in popularity and gained followers and It is already the best premiere in the history of Netflix. In fact, and according to the audience measurement agency Nielsen, ‘The Squid Game’ leads the ranking of the ten most watched streaming programs in the United States during the week of September 27 to October 3. Its rapid worldwide success was definitely a surprise, even to the creator of the series himself. More than 142 million households have followed the story of these 456 players trying to survive to win the 45 billion won prize. Will there be a second season? The ending certainly plays, but for now Dong-hyuk doesn’t even want to hear about it, although if he had to, he has already confessed that he would like to explore the story of the leader or the policeman.

See also  Democracy and the threat of organized crime | Article