Chris Pratt to voice Garfield in his new movie 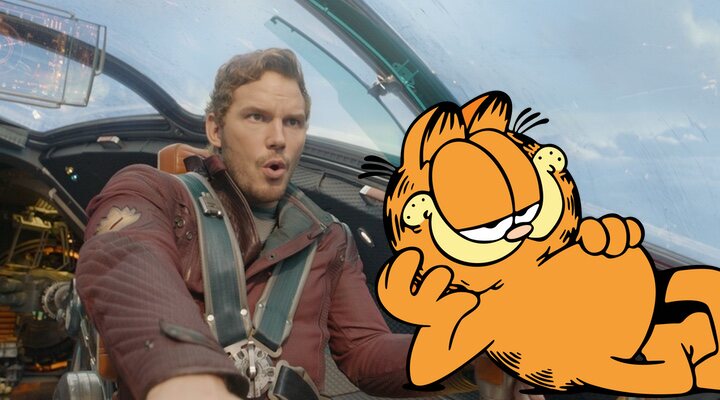 The cat who hates Mondays and loves lasagna has its own movie again. This time, the person in charge of giving voice to Garfield will be Chris Pratt. This new production will be directed by Mark Dindal (‘Chicken Little’) and screenwriter David Reynolds, nominated for an Oscar for ‘Finding Nemo’. It is not the first time that they work together, they already agreed in ‘The emperor and his follies’. The study in charge of carrying it out will be Alcon Entrainment and will have Jim Davis, creator of the comic strips on which it is based, as executive producer. Pratt will also star in the animated film about ‘Super Mario Bros’.

Five years ago, Alcon Entretainment bought the exclusive rights from its cartoonist to be able to bring him back to the big screen. Now, as reported The Hollywood ReporterIn addition to Alcon, Sony Entreainment will be in charge of distributing it worldwide, with the exception of China. The company responsible for its animation will be DNEG Animation, whose work we have recently seen in ‘Ron gives error’.

Garfield was born in 1970 as a comic strip. Davis recounted the stories of the feline with his owner, Jon Arbuckle, and his dog Odie. It got to appear in 41 different newspapers. It has had several adaptations, either as a cartoon series (‘Garfield and his friends’) or as a film, combining live-action with animation. That’s the case with ‘Garfield: The Movie’ which hit theaters in 2004, starring Bill Murray. Two years later its sequel was released: ‘Garfield 2’.

See also  The Voice: Why Fans Love Blake Shelton As Coach On The Show

Besides Garfield, Chris Pratt will be the protagonist of another animated film, that of the video game ‘Super Mario Bros.’ Illumination, who has already carried out other projects such as ‘Los Minions’ or ‘¡Canta!’ has signed a host of stars for the occasion. In addition to Pratt as Mario, Anya Taylor-Joy as Princess Peach, Seth Rogen as Donkey Kong, Keegan-Michael Key as Toad, and Jack Black as Bowser, among many others.

The actor who played Peter Quill in ‘Guardians of the Galaxy’ (which is currently shooting its third installment) had previously worked as a voice actor. This is the case of ‘The LEGO Movie’ and its sequel, as well as the Pixar film ‘Onward’.