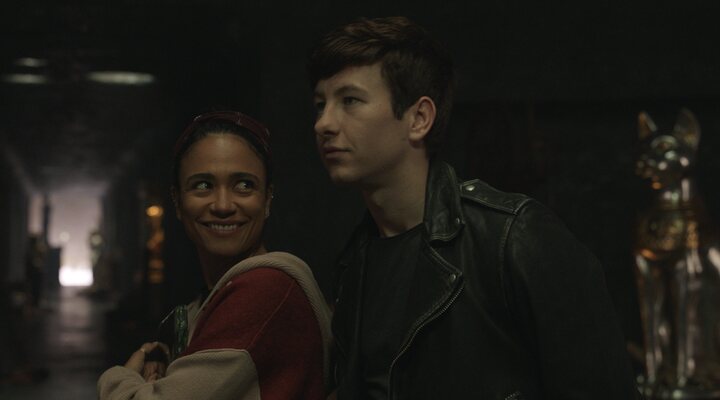 ‘Eternals’, the new film from Marvel Studios, presents a group of ten new heroes and heroines on a mission to protect human beings from predatory creatures called Deviants. Each one of the Eternals, humanoid beings from the planet Olympia, has a characteristic power, but all are governed by the same rule: they cannot interfere in the conflicts of humanity unless the Deviants are involved. Some will handle it better. Others, like Druig, the character of Barry Keoghan, will have serious difficulty turning a deaf ear to wars, massacres and other dark moments in history that he could have stopped with just a thought. Because its power is to control the mind. How easy it would have been to guide men and women very directly and avoid genocide and injustice. Or enhance them.

In our interview with the actor, whom we have also seen in ‘Dunkirk’, we talked about this super power with which it would be very easy to fall into the dark side. “These powers have been seen in other movies but in villains. The good thing about ‘Eternals’ is that here it is not used for evil, but because it wants to interfere, take sides“Keoghan explains. This dilemma is the main impulse for the plot of his character and for the relationship with the rest of the protagonists. But it leaves the question open: will Druig be tempted by that dark side? The answer awaits us in the movie.

In ‘Eternals’ we all fit

Barry Keoghan also explains that the reason he accepted the role of Druig and joined the Marvel Cinematic Universe was because “‘Eternals’ represents everyone and makes us feel like we have a place“, and praises its director, Chloé Zhao, as a person capable of creating a movie that we all fit into, no matter how we are.

Looking to the future, we asked the actor for his marvelita wish list and he is quite clear: wants a solo Druig movie. “I’d like to see where it goes” He admits, but will he already have an idea of ​​where he would like his Eternal to go in the future of the MCU? Don’t miss the full interview.