‘Eternals’ was about to have two more characters 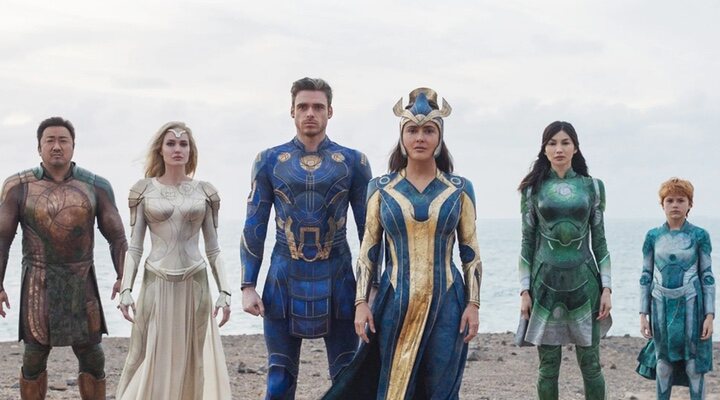 ‘Eternals’ presents us with a group of ten new superheroes, the largest number of debuts in a movie in the Marvel Cinematic Universe to date. However, in the beginning there were still more. According to the words of its director, Chloé Zhao, the original team consisted of twelve people.

This was explained by the filmmaker in an interview for Fandom: “There were twelve characters when I first read it, twelve Eternals. We had to let two go along the way.”. Likewise, getting ten new superheroes to have their space in the film, without stepping on each other, is not easy either. Zhao thinks they have managed to solve it well: “Some characters don’t need a lot of screen time, what matters is what they do with it. They need to be memorable. And when we look at these ten unique individuals, we have to think that they represent ten aspects of human nature. They have been there for a long time. time, so who they are today is a big part of who we are. So it’s really important that they be memorable. All ten have the same weight, not necessarily the same screen time, but the weight. “.

Located in phase 4 of Marvel,‘Eternals’ will introduce us to this new group, made up of some very powerful heroes who were created millennia ago by celestial beings and have remained hidden until now. Not even the threat of Thanos managed to get them to light, so it remains to be seen what it is that finally makes them renounce anonymity. Members of the Eternals include Thena (Angelina Jolie), Ikaris (Richard Madden), Ajak (Salma Hayek), and Phastos (Brian Tyree Henry). It will hit Spanish theaters on November 5.

The film has already received its first reviews, which are divided between those who have loved it and those who have found it overloaded and confusing. In addition, it also suffered ‘review bombing’ in iMDB for including LGTBIQ + characters and, as if that were not enough, It is already the worst rated MCU movie on Rotten Tomatoes. Until now, ‘Thor: The Dark World’ held that title with 66% positive reviews. ‘Eternals’ has only reached 60%.

As for whether there will be a sequel or not, it is still too early to tell. Kit Harington hopes he delves deeper into his character, and thinks this was just the introduction to Black Knight. For his part, Nate Moore, one of its producers, said the film does not have to have a second installment in the future.