Without Johnny Depp there is no ‘Pirates of the Caribbean’ for Kevin McNally, actor of the saga 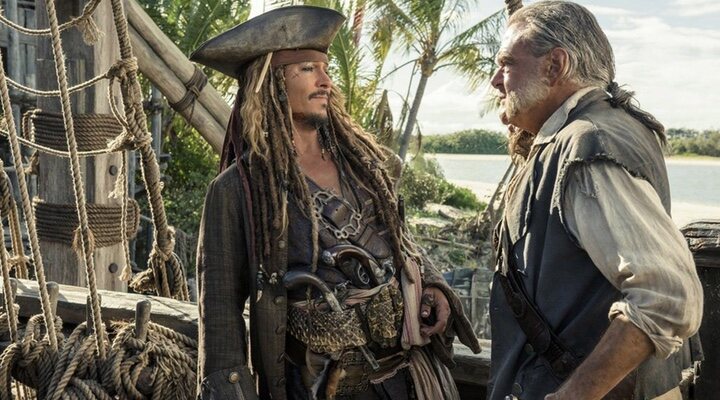 ‘Pirates of the Caribbean’ seems to have chosen another direction. For the reboot, the name of Johnny Depp would not even be on the table, and the spin-off that at the moment only has the confirmation of Christina Hodson as a scriptwriter and Margot Robbie as star, I would follow a completely different path.

Thus Disney would not have plans to have Depp again to embody the character who launched his successful adventure saga: Captain Jack Sparrow. This has the actor’s fans quite disappointed, something that Kevin McNally, Gibbs in the franchise, has wanted to react recently. Said interpreter not only wanted to remember that for many fans without Depp there is no ‘Pirates of the Caribbean’, but has defended the character of the aforementioned interpreter that follows of lawsuits in relation to the accusations launched by Amber Heard, also an actress and ex-partner.

“I have never seen any hint of a dark side in Johnny. I see a great humanitarian and a beautiful human being, So I can’t find any impediment for me to go back and play Jack Sparrow“, has stated in an interview with The express.

McNally speaks very positively about Depp, getting personal without making too much noise, but also drops that he is not too happy with the fact that the House of the Mouse continues to bet on ‘Pirates of the Caribbean’ without their captain.

“I think there is a general feeling that without Jack there is no ‘Pirates’ saga, and there is probably a lot of truth to that. Why weren’t the next ‘Pirates of the Caribbean’ movies going to feature Jack? Or Jack playing a different role? I mean, I was reflecting on this the other day and you can easily think of stories where maybe someone is looking for Jack and walks up to Mr. Gibbs and asks, ‘How would I find Jack?’ “.

In this way McNally emphasizes that although Disney does not want to recount von Depp, your character should be present in some way.