The leak that would confirm Garfield and Maguire for ‘Spider-Man: No Way Home’ 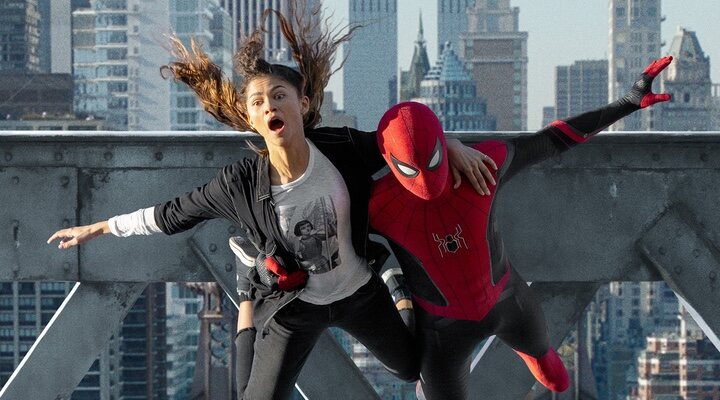 * If the images that we talk about in this news finally They are part of ‘Spider-Man: No Way Home’ … They are a tremendous spoiler. Keep reading or not? Let yourself be guided by your arachnid sense.

As is logical, Marvel fans cannot talk about anything else. The photos in question are everywhere, the networks are on fire and the debate is served. Mounting? Filtration? Lets start by the beginning. Since this year started (and maybe before) it has been rumored that Andrew Garfield and Tobey Maguire are part of ‘Spider-Man: No Way Home’.

At that time Tom Holland himself, the third Spidey in discord and the protagonist of the film in question, was in charge of denying it, but the suspicion continued to speak, so the protagonists have been forced to deny the greatest on numerous occasions.

Now that the promotion of this film has started, We know from the advances that Alfred Molina reprises his role as Doctor Octopus and that the Green Goblin is also part of the team of villains who comes to do her thing after Doctor Strange messes her up trying to help Peter. Hence, before the repechage of villains, many fans of the factory are convinced that we will also see a return of the Spider-Men of the past, which is why the aforementioned images are all the rage.

The fountain? If we let ourselves be guided by the watermark of the photos it would be John Campea, veteran youtuber who hates spoilers, according to Explain the Instagram account wayneboxoffice, which has echoed the alleged leak. Apparently Campea himself would have published the images assuming they were a montage, and then quickly erase them. Later, when it was impossible to undo the mess, explained to his followers that “If I had thought the images were real and wanted to share them, I would have made a video on the channel to gain views… I would not have put it on Twitter to delete it after five minutes. “In addition, Campea reiterates that he believes they are false but many fans question him, assuring that if he thinks they are a montage … Why did you rush to erase them?

The thing is, if the images turn out to be true They would be a tremendous bombshell that every fan wishes they hadn’t seen (sorry) because Garfield and Maguire not only appear in them: Charlie Cox would also be part of the mix. This would be such an unexpected turn that no one believes it (point in favor of those who think it is a montage), because fans of Netflix’s ‘Daredevil’ have long insisted unsuccessfully that the character be recovered.

Marvel Studios has ignored these followers, who have on their side Cox himself, an actor excited about the possibility of donning the red suit again. In the photos, Cox appears at a table next to Holland’s Spidey, Happy Hogan, a character played by Jon Favreau, and Tia May, played by Marisa Tomei. Mounting or filtration? We will leave doubts on December 17 in cinemas.

admin
See also  The first social reactions of 'Mortal Kombat' reveal that the adaptation is not a perfect victory, but it has a little fun with the brutality