“We have encountered very toxic environments, Suma Latina is a breath of fresh air” 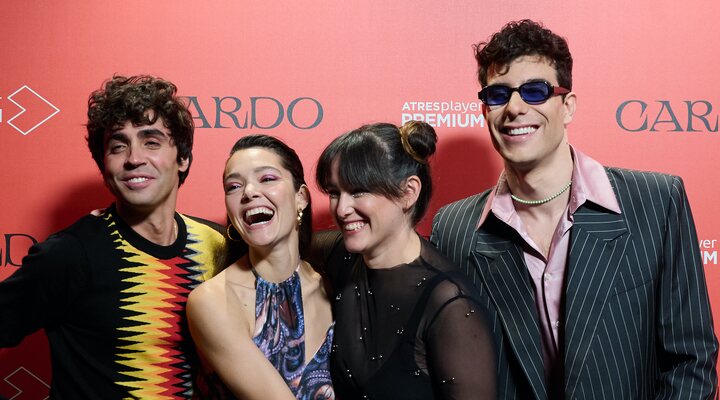 Although we do not need to repeat it, we are going to say it: making a television series is a very collaborative process. But in the case of ‘Cardo’, its two creators have made it clear in presentations, previews and dozens of interviews that it is even more so. The series produced by the Suma Latina de los Javis and created by Ana Rujas and Claudia Costafreda is the result of a conjunction of talents, and in this interview we review all of them.

Taking advantage of the fact that ‘Cardo’ has already premiered on ATRESplayer PREMIUM (the first two episodes are available from Sunday, and the other four will arrive every week), Rujas and Costafreda have gone through our podcast Sesión golfa for a very special chapter in which we break down the creative process behind the series.

Among other things, we asked the two young scriptwriters (Rujas is also the protagonist, and Costafreda the director) about the moments in which they did not agree, and how they solved those conflicts. Sometimes they argued over the tone of the series, Costafreda explains: “[Ana] He would tell me: “More punk!” And I: «But what is more punk? It’s superpunki a sequence shot! Haneke is punk »”.

The discussion was a bit like that. Ana Rujas screamed, unsatisfied: “No! This is loose!”. Costafreda replied: “What is punki ?! Come on, on a blackboard: what is punki!”. To which his partner replied simply: “Well, punk, punk!”. “Things don’t have to happen all the time, if you don’t lose consciousness”explained the director. “Well come in!”, she answered stubbornly to the actress.

But they always ended up finding a middle ground, and both claim to have learned a lot from each other.. “I learned that I am still too much …”Rujas muses without finishing his sentence (but we suppose he was going to say “punki”). “And I also learned to be more daring with decisions. And now we watch the series and both Ana and I are very proud of the tone”, agrees Costafreda.

You can listen to the complete conversation in Sesión golfa, now available at Spotify, iVoox and Apple podcasts, and in video version in our channel from YouTube. Or you can also hit play up there.

Among the many other topics that we dealt with throughout the hour and a half of the interview are some names linked to Suma Latina and the career of the Javis who have been very important in ‘Cardo’. In addition to small characters played by Yolanda Ramos (who had a lot to do with Costafreda ending up as a scriptwriter in ‘Veneno’) or Jedet, Álex de Lucas (actor in ‘Paquita Salas’), who signs the original music, has participated in the production. . About the Suma Latina family (now converted into Suma Content), this is what Costafreda has to say: “There is a lot of respect for telling stories in that office. And for going deep and for speaking, and from a healthy environment. Both Ana and I, I would dare to say that more Ana, we have encountered very toxic environments, also dynamic, and entering that place is a total breath of fresh air“.

“I have to say that Javier Ambrossi and Javi Calvo have given us the opportunity of a lifetime. They have committed themselves to our name: “If they don’t do it, they don’t do it, if Claudia doesn’t direct it, it’s not done, if Ana doesn’t star in it, there’s no series”. It has been something unbeatable for them, they have been totally radical. Thank you, thank you guys “Rujas adds.