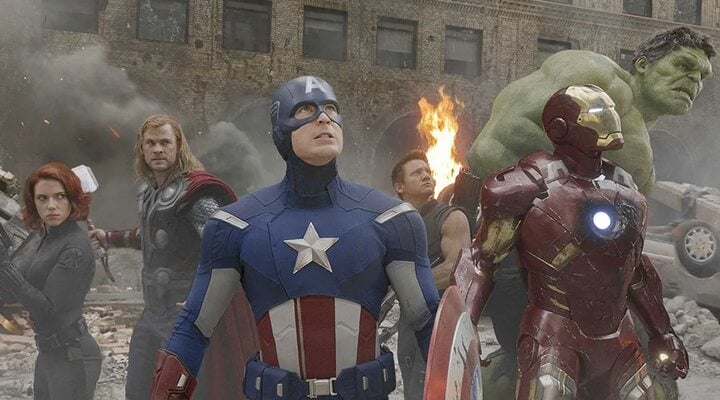 In 2019 ‘Avengers: Endgame’ came to theaters and with it we were facing the end of an era within the Marvel Cinematic Universe. With the definitive confrontation against Thanos, it was time to say goodbye to three of the six original members of the Marvel team: Robert Downey Jr., Chris Evans and Scarlett Johansson. Throughout the ten years in which they were part of this franchise, the six stars forged a close friendship that many of them came to call “family”.

With three of them turning the page of Marvel (well, at least two of them) and a pandemic in between, how will that relationship be now? Jeremy Renner has confirmed to ComicBook that they are still as friendly as before and, in addition, that the Avengers chat group is still active: “Just because you die on screen doesn’t mean you die in real life. We have a chat group in which we are all, even those who are still alive but died on screen. We are all very good friends“.

And what is talking about in that group chat? “We don’t talk much about our work, that’s the great thing about being Avengers Friends [Hailee Steinfeld, que se encuentra a su lado, se parte de risa con el término]. We talk about our children, divorces, marriages and reforms at home. We talk about things in our life. Our friendship is very, very special and unique, and I love you. I love you all” Renner explains.

the # Avengers The group text is still alive and well! #Hawkeye pic.twitter.com/fp566Ya0DH

The actor begins a new stage as Clint Barton within the UCM starting on Wednesday, November 24 with the premiere on Disney + of the first two episodes of his own series: ‘Hawkeye’. In it he will be accompanied by Hailee Steinfeld in the role of Kate Bishop and will take us to a New York infected by the spirit of Christmas. But for Clint what was to be a quiet vacation with his children in the Big Apple will turn into a huge problem.