They deleted a scene from Harry Styles in Los Eternos 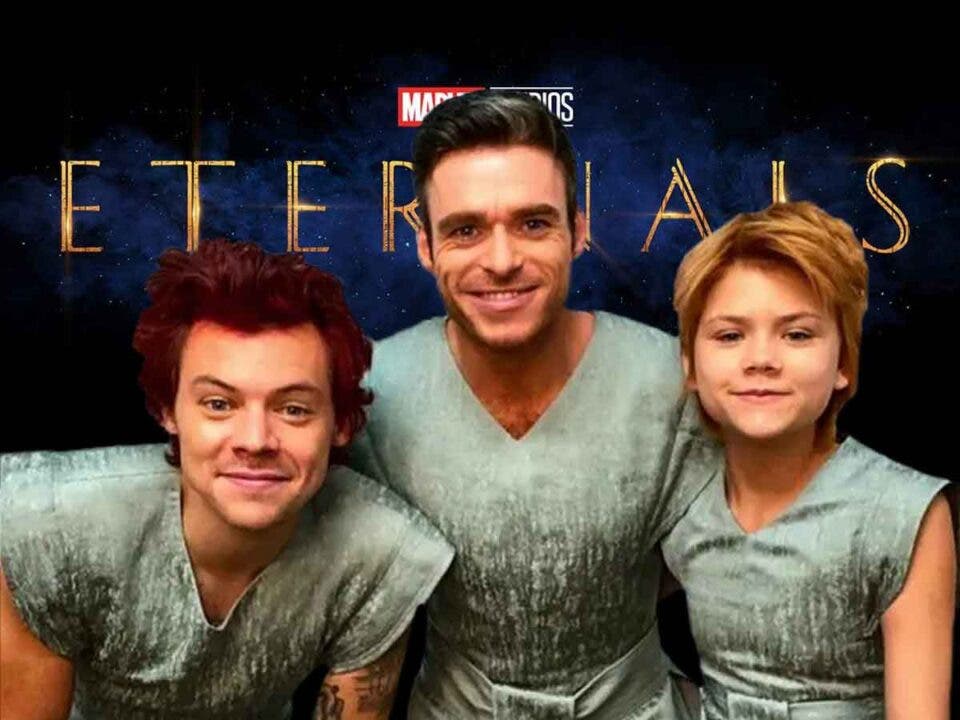 Harry Styles’ participation in Los Eternos was a big surprise, but it could have been much more shocking if they had added another scene.

In one of the post-credits scenes of The Eternals they introduced us to Eros / Starfox, the brother of Thanos, interpreted by Harry Styles. So his participation was brief but shocking and that moment he shared with Pip the Troll (Patton Oswalt), the accusations (Angelina Jolie), Makkari (Lauren Ridloff) and Druig (Barry Keoghan).

But now we can see new footage from the filming of The Eternals, where Harry Styles is next to Richard Madden (Ikaris) and Lia mchugh (Sprite). With the look that the three characters have, it seems that this is the opening scene of the film, so it does not make much sense to be able to see Eros at that moment. So, it might have been a big decision to cut him off and just get to see this new hero in the post-credits scene.

Although, this shows that the production was a bit chaotic and that since Marvel studios they corrected the director’s ideas a lot Chloe zhao.

The characters have a very interesting future within the Marvel Studios Cinematic Universe.

The movie of The Eternals is being a box office success, having grossed more than $ 336 million since its release. So they’ll probably do a sequel and the character of Eros from Harry Styles it will be very important. Since he contacts some of the heroes to help the rest who have been trapped by the Celestials to be judged, because they prevented the birth of one of them so that humanity would be saved.

Is there more desire to see Harry Styles in a future installment of the Marvel Studios Cinematic Universe? Leave us your comments below in the opinion section.

Los Eternos is in theaters, while the rest of the installments of Marvel studios can be seen in the Disney Plus streaming platform.