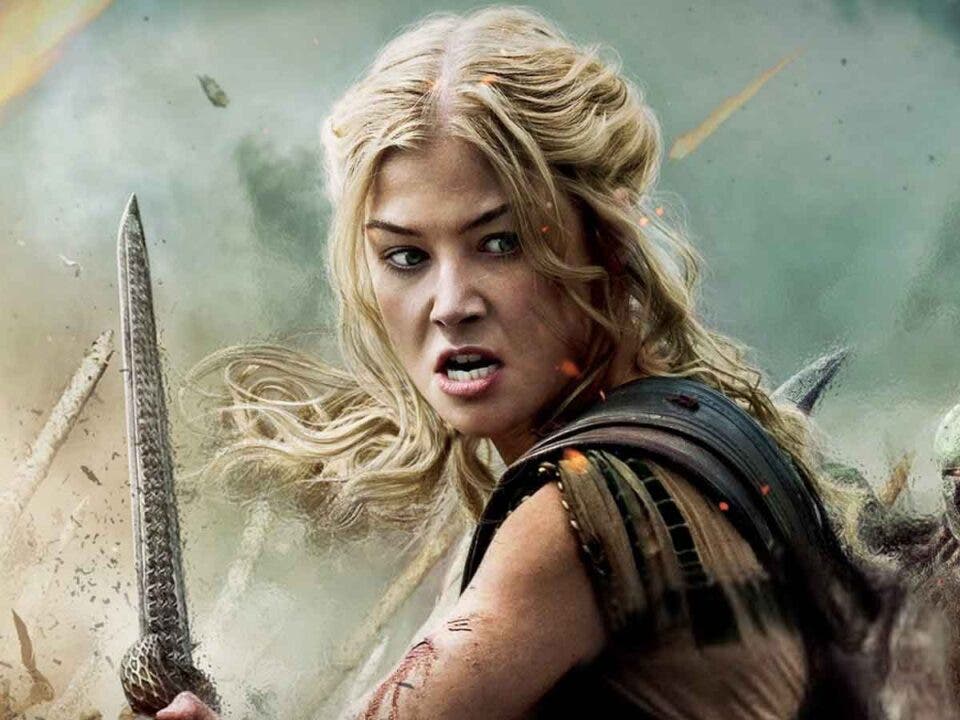 Actress Rosamund Pike had to choose between two films and ultimately ruled out Zack Snyder’s Man of Steel.

It is very common for the stars of Hollywood several projects come to them at the same time and they have to choose. Sometimes they get it right and other times they regret it a lot. Now the actress Rosamund pike has revealed why he chose Wrath of the Titans (2012) above The Hunger for Steel (2013).

“I think she was very interested in the way the director approached Wrath of the Titans. It was a South African guy named Jonathan Liebesman and he had this kind of documentary approach to this big world and I thought he would teach me things. You know, sometimes you choose roles based on what you think you can learn from them, and I thought there were things I would learn from that, which I did, whether someone knew about it or not. In fact, it taught me a lot about action. “ Rosamund Pike commented.

«There were scenes that were cut. She was very interested in what a great general did, for example, she had researched all these war movies and read books about great generals in WWII and wanted to be that person who could go from giving declamatory speeches on the battlefield to individual speeches. Talking to men as individuals… And I did all that and it’s not in the movie because we had to get to the monsters faster.

She is very proud of her participation in Wrath of the Titans.

Rosamund Pike said: It was a big part, Andromeda. And I learned a lot of sword skills. And all these things, you never know when they will return. And even just imagining things, how to sell things that are not in front of you, all these skills that you do not realize as a young actor that you are going to need. How to believe that something scary is right in front of you if you can’t see it and all those things that have to become a skill.

Wrath of the Titans was a really good experience, actually. It was something I don’t regret at all. I learned a lot from that.

Since that movie was released, Rosamund pike has had a great film career with memorable performances in Jack Reacher (2012), Welcome to the end of the world (2013) and Lost (2014).