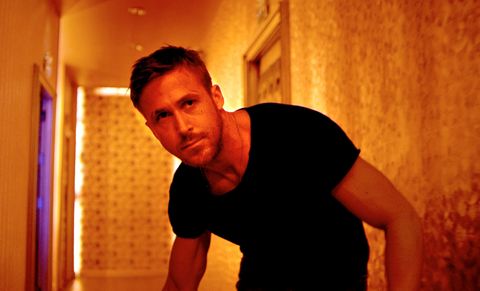 You have Amazon Prime Video And do you get the feeling that you don’t get too much out of it? The platform has one of the best film catalogs, with current movies and also modern classics that it is constantly expanding. In recent weeks he has added a few titles of those that can fix your day … or sink it completely, that there are also excellent dramas. We selected these seven films because they were critically favored (at least in part) and because they were not overwhelming successes to make it impossible for you not to have seen them. We order them by the degree of desire we have to see or re-see them.

It is the most polarized option: a part of the criticism was primed with the Danish Nicolas Winding Refn, who touched the sky two years before with Drive, and he read this second collaboration with Ryan Gosling as an unfailing self-tribute. Others, however, find it a fascinating sensory experiment. The aesthetic is undoubtedly very predominant in this extreme plot about a fugitive who runs a boxing club in Thailand and who is commissioned by his mother, the head of a large criminal organization, to avenge the murder of his brother. The development is confusing but, if you get into its sketchy tone, it can take over.

The great Judi Dench gives a huge lesson in mastery of the master-built character in this comedy that goes from light to deep with that light and elegant touch of Stephen Frears, who doesn’t make a bad movie even if he is forced to. It is a story based on true events about a woman who became pregnant very young when she was in a nun’s boarding school and was forced to give her child up for adoption. 50 years later, he sets out to find it. The narrative is classic and without too much artifice, so it will be enjoyed especially by those who appreciate the nuances.

5 – New Movies on Amazon Prime Video: From Your Window to Mine

From your window to mine

Director Paula Ortiz, twice a Goya nominee, debuted with this drama about three women from different eras who explore heartbreak, frustration and injustice, united by their love of sewing looking out the window. As confirmed later in Girlfriend, the director weaves these stories with a beautiful, poetic, and exciting visual proposal. Here it also has a raw Maribel Verdú.

The four Oscar nominations in 2016, including Best Picture and Best Screenplay, endorse this film that makes us remember why the western is one of our favorite genres. David Mackenzie directs this violent and at the same time subtle portrait of a western Texan in a current time that is nonetheless marked by the dynamics of rowdy outlaws. A powerful anti-system reflection on the crises that impoverish us, starring a very convincing Chris Pine and a masterful Jeff Bridges of gold secondary. It is the story of two brothers, one a divorced father and the other just out of jail, who rob banks to ‘improve’ their lives. One of those movies that grab you by the lapels from the first minute and don’t let go until the end.

It is always a good time to see again this magnificent metaphor of the dehumanization of relationships, so friendly and luminous in the aesthetic as it is heartbreaking inside. You will know what it is about: in the not too distant future, a commissioned letter writer falls in love with a kind of virtual assistant who ends up becoming the woman of his life? It is essential to see it in its original version to enjoy the voice of Scarlett Johansson and her fascinating chemistry with Joaquin Phoenix. The actor composes a character so endearing and so vulnerable at the same time that he reaches the viewer’s heart.

For many (that is, for me), the best romantic comedy of recent years. Keira Knightley’s charm and Mark Ruffalo’s scoundrel collide with genuine, unforgettable, pure and honest magic in a New York that never sounded more beautiful. It is a simple ode to personal rebirth through the story of a singer-songwriter abandoned by her boyfriend when he reaches stardom, and of a producer fired from her company because he has become trapped in the past. Together they find a new path, musical and emotional, to the sound of a soundtrack that, if you don’t know it, will go straight to number one on your Spotify. If you have a down day, it is the best antidote to lift your spirits.

The unsurpassed benchmark of The great beauty, the previous and Oscar-winning film by Paolo Sorrentino, perhaps overshadowed the wonder that is Youth. A less compelling proposal aesthetically (although the photography is also splendid), but one that captures a handful of universal truths even more effectively. The plot? Simple: A retired conductor and a film director in crisis envision the last stretch of their lives from a luxury vacation retreat. A contemplation of wisdom that comes over the years told in a light, sometimes comic way, present more in the nuances of the interpretation of two totems like Michael Caine and Harvey Keitel than a script with pretentious lines. A full-blown delight to watch with the brain in spa mode.