Everything we know about ‘the Batman’, the return of the Dark Knight 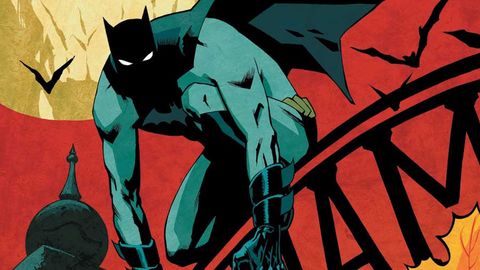 ‘The Batman’ was for a long time DC’s cursed project. Many criticized the signing of Ben Affleck as the Bat Man, but after watching ‘Batman vs. Superman ‘, the criticism was appeased since the actor was the best of the film, something that he confirmed in’ Justice League ‘. His more mature, older, more experienced and, why not say, more cynical and more human Batman, was a breath of fresh air to the franchise.

So much so that, from Warner and DC they decided to give him carte blanche to do whatever he wanted with the character. So Ben Affleck embarked on a very ambitious project: the dark superhero solo movie. It would be called ‘The Batman’, and it would be starred, written and directed by him. But the problems came soon. The script did not convince anyone, not even Affleck himself, who did not quite see it clearly. The project was delayed and, little by little, Affleck was getting out of the car: first as a screenwriter, then as a director and, finally, as an actor. The new Bruce Wayne will be Robert Pattinson (signing that had a lot of criticism); and the film has added a new Catwoman to its cast: Zoe Kravitz, whom we already saw in ‘Fantastic Animals: the crimes of Grindelwald’ or in ‘Big Little Lies’. In addition to a good handful of names that we reveal below.

We have also been able to know the first designs of what will be the new Bruce Wayne Batmobile, with a retro touch that well reminds us of the first adventures of the character in DC Comics.

Who is the new Batman? What is the release date of ‘The Batman’? And the villains? What comic will the movie be based on? Will it be within the DCEU?

Due to continued production delays, the initial release date that appeared to be 2019 has been pushed back to 2021. The release date of ‘The Batman’ was set at June 25, 2021.. However, given the current uncertain situation, with a filming paralyzed for many months, the date was delayed to October 1, 2021. What’s more, again the story of the bat man has been delayed again. Now we will have to wait until March 4, 2022 to enjoy it in theaters.

We already have an official synopsis of the film:

“Two years stalking the streets as Batman, instilling fear in the hearts of criminals, has brought Bruce Wayne deep into the shadows of Gotham City. With only a few trusted allies – Alfred Pennyworth and Lieutenant James Gordon – among the city’s corrupt network of officials and high-ranking figures, the lone vigilante has established himself as the sole embodiment of vengeance among his fellow citizens.

When an assassin targets Gotham’s elite with a series of sadistic machinations, a trail of cryptic clues sends the world’s greatest detective on an underworld investigation where he encounters characters like Selina Kyle / aka Catwoman, Oswald Cobblepot / aka the Penguin, Carmine Falcone and Edward Nashton / aka Enigma. As the trials begin to approach his home and the scale of the author’s plans becomes apparent, Batman must forge new relationships, unmask the culprit, and do justice to the abuse of power and corruption that have long plagued Gotham City. ”.

For a long time, when Ben Affleck was still on the project, the film was going to take the protagonist to the Arkham Asylum, that is, the Gotham asylum where the vast majority of villains are locked up. But the script was eventually scrapped, although the idea of ​​facing Batman against several of his more mythical enemies remained. The source of inspiration? The comic ‘The long Halloween‘.

The mythical comic written by Jeph Loeb and Tim Sale, shows us a different story of Batman. At the dawn of his crusade against crime, the Dark Knight tries to discover the identity of Festivo: a mysterious murderer who, taking advantage of certain dates on the calendar, is perpetrating a series of murders in cold blood. With Gotham’s crime families on the warpath, Batman will only have the help of James Gordon and Harvey Dent to solve this case …

Many fans also believe that it will be a film that tells us about the youth of the Bruce Wayne character, that is, a prequel to what we saw in ‘Batman vs. Superman ‘. But, apparently, although official confirmation is missing, the film will not be included in the DCEU, something similar to what will happen with Joaquin Phoenix’s ‘Joker’.

According to new information, the Penguin could be a good character, and trying to win Mayor of Gotham. In fact, the film could go in those directions: Several mayoral candidates turn up dead with an enigma at the crime scene, and Batman has to solve the mystery.

There will also be a new Batmobile, with a retro design and hidden symbols that will delight fans.

It is rumored that Matt Reeves could be preparing a new trilogy about the character, and that this first film will lay the foundations for the new Joker (yes, another one, independent of Joaquin Phoenix) but for now they are just rumors.

The choice of the new Batman has been one of the most controversial news in recent years: Robert Pattinson will be Batman. The actor, known worldwide for the ‘Twilight’ saga, has recently swelled to making indie films, populating the most important festivals, and working with directors like David Cronenberg. His choice is perfect to play the playboy Bruce Wayne.

Selina Kyle (Catwoman) had us in the limelight for a while. There was talk of the signing of Chlóe-Grace Moretz, Vanessa Hudgens, Vanessa Kirby, Ana de Armas … even Nicky Minaj! But the one that has ended up taking the cat to the water (hehe) has been Zoe Kravitz.

Josh Gad was running to play the Penguin if the character appeared in the film; then Jonah Hill came along, but he left the project (apparently because of salary differences). And now it’s Colin farrell the one who will interpret it. We also know that Paul Dano has signed on to be the new Enigma, and that Andy Serkis finally said yes to playing Alfred Pennyworth.

Colin Farrell has spoken of his character like this:

“His creation, the aesthetic of the character, has been fun and I’m really excited to explore it. I don’t have much to do though. I have a limited amount (of scenes) in the movie. I’m not all over the place by any means, but I do have some. delicious scenes. I feel like it’s something that I haven’t had a chance to explore before. It is original and fun. But I’m only at the beginning of the journey, so I can’t wait to go back and really dig into the character. “

We also have new Commissioner Gordon. After being played by Pat Hingle, Gary Oldman and JK Simmons, now it’s Jeffrey Wright’s turn, known for his role as Bernard on the ‘Westworld’ series. They complete the cast Peter Sarsgaard as Gil Colson, John Turturro as Carmine Falcone, Charlie Carver, Max Carver and Con O’Neill.

Director of ‘The Batman’

The director who took over from Ben Affleck is Matt reeves, director of the new ‘Planet of the Apes’ films, and is also in charge of the script.

It is not yet known for sure which Batman comic the film will be based on, but the most widespread rumor is that it could be the classic ‘The long Halloween‘.

At the dawn of his crusade against crime, the Dark Knight tries to discover the identity of Festivo: a mysterious murderer who, taking advantage of certain dates on the calendar, is perpetrating a series of murders. With Gotham’s crime families on the warpath, Batman will only have the help of James Gordon and Harvey Dent to solve this case …

It is also said that ‘Batman: Year One’ could have something to do …

For now we do not have a poster for ‘The Batman’. But the arrival of the DC Fan Dome gave us a conceptual art promotional panel for the film that has not left anyone indifferent … and incidentally also came the official logo, which you can see below:

And after a long wait, here is a first audiovisual material from ‘The Batman’, little gift of the DC FanDome, which has left us some interesting details to analyze …

Images of ‘The Batman’

Thanks to director Matt Reeves we have already seen several official images of the film: Robert Pattinson in the costume fit and the Batmobile.

Also recently we received images of the resumption of the filming in Liverpool, where Zoe Cravitz focused the attention for her closeness to Carmine Falcone, something that has revived an interesting fan theory about her family relationship.

Subscribe to our NEWSLETTER, the best of PHOTOGRAMS in your email