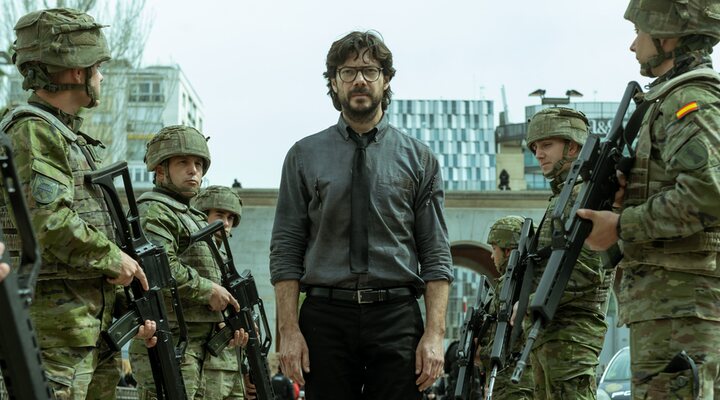 Now, yes: “Bella Ciao”. Netflix will premiere on December 3 Volume 2 of Part 5 of ‘The paper house’. That is, the end. And the platform has revealed the titles of these five episodes that will put the end to a story that began in 2017 on Antena 3 before anyone suspected that it would become a worldwide phenomenon.

But perhaps the most striking are the images that accompany the titles. Río (Miguel Herrán) with a bazooka, the band celebrating very happily (that they have won the war and / or ended the robbery?) And … Denver (Jaime Lorente) and Tamayo (Fernando Cayo) sitting face to face at a table inside the Bank of Spain.

They join the images that the platform had already revealed a few weeks ago. In them we saw Professor (Álvaro Morte) and Sierra (Najwa Nimri) again facing each other at gunpoint, Palermo (Rodrigo de la Serna) about to be assaulted by Arteche (Jennifer Miranda) and the Professor surrounded by soldiers … at the entrance to the Bank of Spain? It seems that Álex Pina and company have prepared a final heart attack fireworks. We will “suffer” it in little more than a week. 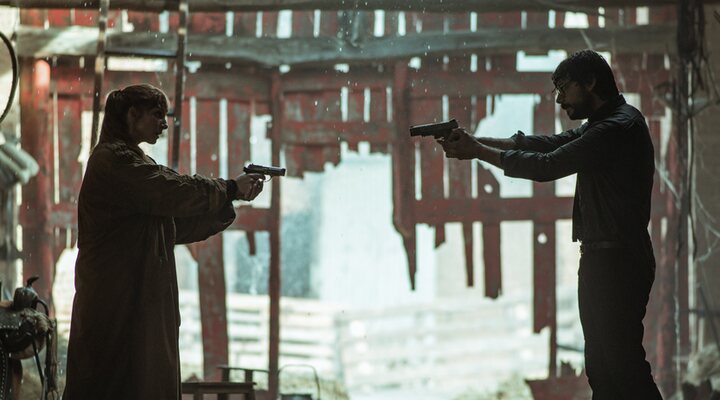 From boxer to villain of ‘La casa de papel’

The newspaper WHAT has published an interview with the boxer Jennifer Miranda, who gives life to Arteche, one of the soldiers who were introduced in the Bank of Spain in Volume 1. It seems that in this second half of the season Arteche will have more weight; It is doubtful that Gandía (José Manuel Poga) survived the explosion with which Tokio (Úrsula Corberó) said goodbye.

Miranda has told how her first experience as an actress has been. The actor’s representative Juan Renedo called her directly to offer her the role. “He told me:« If you trust me and want me to take you we can try it. It’s difficult, but I think that character is you ». As he told me and knowing the series it is, I thought it was worth trying”. 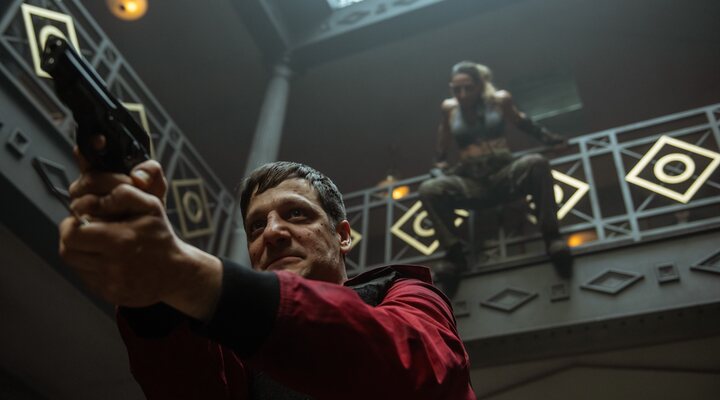 “I thought I was used to the cameras and direct from the interviews that I have been doing in my career. I naively believed that it would be the same. It’s not very hard“, the boxer explained. “I noticed it the first day and when I left I contacted actor friends, I looked for an acting course while I was recording, I spoke with people from the profession … I wanted to know everything”.

Not everyone is lucky enough to start on a series that is seen in millions of homes around the world. After this good experience, Miranda plans to keep trying, slowly but surely.. “I want to train. I’m going to start an acting course and another one on action scenes, which I love. I think this role has helped me in my life and in boxing. It has many similarities. That fear of ridicule that you have to take away from me has served to have greater confidence and security in the ring “.