Netflix could be suspended in Russia for its LGTBIQ + content

Series like ‘Sense8’, ‘Sex Education’, ‘Elite’, ‘Special’ or ‘The curse of Bly Manor’ are part of a great offer of content with LGTBIQ + visibility that Netflix has been releasing over the years. And it seems that now precisely that content could pose a problem with Russia.

The European country, used to banning content, censoring it or qualifying it as unsuitable for minors if it breaks a law against something called “gay propaganda”, is investigating a complaint against Netflix as reported Reuters from the Russian newspaper Vedomosti.

A commissioner in charge of family protection, Olga Baranets, has accused the company of violating Russian law against “gay propaganda”, a nomative that came into effect in 2013 and prohibits the dissemination of “propaganda of non-traditional sexual relations”.

Baranets has sent a formal complaint to the Ministry of the Interior, in which it accuses the streaming service of having in its catalog LGBT-themed series rated for people over 16 years of age. If Russia decides that Netflix has breached the regulations, it could face penalties of between $ 13,400 (one million rubles) up to a temporary suspension of the service..

The truth is that it is strange that Netflix has not had a problem so far in Russia. The country has been regulating foreign content for many years to adjust it to regulations that violate human rights. They eliminated 5 minutes of ‘Rocketman’ to make its more explicitly gay moments invisible, cut the scene from ‘Onward’ in which an LGTBIQ + character appeared and classified family tapes such as’ Beauty and the Beast ‘as not allowed for minors,’ Power Rangers’ and ‘Eternals’ for their characters from the collective. 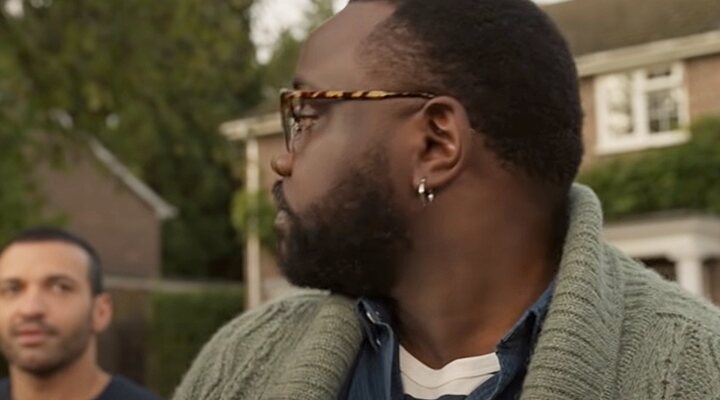 In the field of streaming, they also eliminated an episode of the series ‘Little America’ in which a homosexual refugee appeared. Have come to take Absurd decisions such as banning the documentary ‘BTS World Tour: Love Yourself in Seoul’ because of the effeminate appearance of the K-Pop group, although the sexuality of its members has not been explicit at any time.

As a related anecdote, a few months ago Gracia Olayo told us about her act of protest when the company of ‘The Call’, the play on which the Javis film is based, went to perform in Russia. “As there is so much repression against the LGTB movements and there was a lot of public from the collective, I told Richard Collins-Moore, the one who plays God … well, I’ll tell you: at the time of saying hello, I lifted my habit and had “Free Love” written on my breasts.“.

But censorship not only affects the LGTBIQ + collective, but everything that is dissident. For instance, the government tried to veto ‘Chernobyl’ because it did not do well the Russian administration during the nuclear crisis. And an episode of ‘The Simpsons’ dedicated to Pokémon GO was deleted because it angered the Orthodox Church.

After being accused of “cruel” and “abusive”, Joss Whedon tells his version

Andrew Garfield reveals why he agreed to return as Spider-Man