Trailer of ‘Official Competition’ with Antonio Banderas and Penélope Cruz 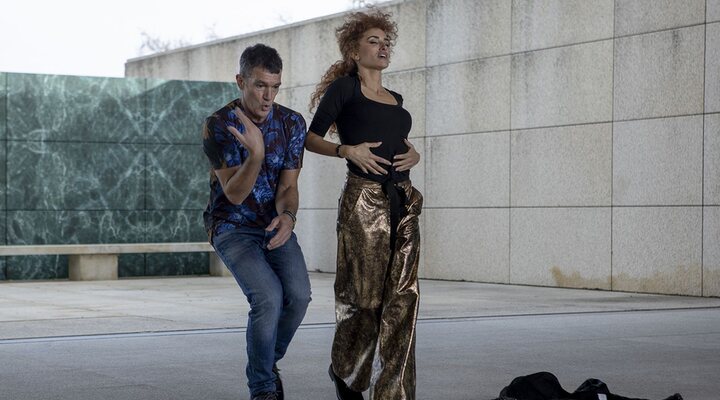 After its filming was paralyzed due to confinement and its debut at the San Sebastian Festival, ‘Official Competition’, the new film by the tandem composed by Mariano Cohn and Gastón Duprat, finally has a trailer and release date. The Spanish production of The Mediapro Studio will be screened on the big screen from February 25, 2022.

Two of the greatest talents in Spanish cinema, Penelope Cruz and Antonio Banderas, come together once again to star in this fun, acidic comedy that will deal with the grotesque world of the seventh art. They are joined by the Argentine Oscar Martínez (‘Toc Toc,’ Wild Tales’). The actors José Luis Gómez, Nagore Aranburu, Irene Escolar, Manolo Solo and Pilar Castro complete the cast. Furthermore, Andrés Duprat signs the script with Cohn and Duprat.

As we can see in the new trailer, Banderas and Martínez will play two interpreters confronted by their different working methods in the feature film of an eccentric director who will be played by Cruz. This is how the synopsis tells us: “In search of transcendence and social prestige, a multimillionaire businessman decides to make a film that leaves his mark. To do this, he hires the best: a stellar team formed by the famous filmmaker Lola Cuevas (Penélope Cruz) and two renowned actors, owners of a Huge talent, but with an even bigger ego: Hollywood actor Félix Rivero (Antonio Banderas) and radical stage actor Iván Torres (Oscar Martínez). Both are legends, but not exactly the best of friends. Through a series of increasingly eccentric tests set by Lola, Felix and Iván must confront not only each other, but also their own legacies. “

See also  “People are the ones who create language and who must decide its destiny”: Juan Villoro | Video

Cross and Flags (and Pedro)

It is not the first time that Spanish actors share a project. Both have participated side by side in Pedro Almodóvar films such as ‘Pain and Glory’ and ‘The Passenger Lovers’. On February 25, 2022, ‘Official Competition’ opens.