Paul Rudd and Carrie Coon, in favor of the female ‘Ghostbusters’: “There is room for all the stories” 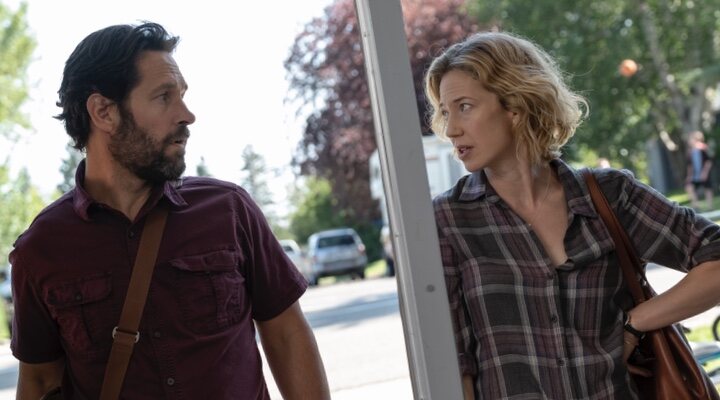 “She has a big heart like the original had”says Paul Rudd underlining that the essence of that 1984 film is more than present in ‘Ghostbusters: Beyond’, new installment of the saga that opens in theaters on December 3.

This actor, who plays Mr. Grooberson, a high school teacher fascinated by the strange phenomena that happen in the small town of Summerville, North American corner in which this film is set, also starring the young Finn Wolfhard and Mckenna Grace; underlines that “the new characters fit” with those played by Bill Murray, Dan Aykroyd, Harold Ramis and Ernie Hudson; and that the film “mix up a couple of different things that you don’t see all the time. It’s kind of scary and funny. It also grabs you with its history and its characters, because it is about a group of people who live on the margins, they are not cool or accepted, they are nerds who love science “.

And in charge of the most intelligent ‘nerd’ of the group, Phoebe (Grace), we find Carrie Coon in the role of a mother who ends up following in the footsteps of a certain vital character from the first ‘Ghostbusters’, something that might have made you feel some pressure; but before the expectations of the fans, Coon went to work feeling that it was like “shoot an independent movie. It didn’t feel huge and overwhelming, even when it was“.

In this regard Rudd adds that “The atmosphere on set is set by the director. I don’t think Jason [Reitman, director] make us feel that we were working on something that was more important than something else“.

“I think that any attempt to revitalize the franchise is valid”, Coon dice launching to comment on the controversy generated by the female ‘Ghostbusters’ Directed by Paul Feig in 2016.

“I loved that cast. Feig is one of the funniest guys in the world, and the role of Chris Hemsworth!”, says Rudd about that proposal that aroused so much debate among divided fans: some enjoyed the reboot while others missed the spirit of the original.

“I think there is room for all stories”, Coon concludes. “And Jason has been very open about inviting other filmmakers to contribute their cover and try to continue the franchise from now on. Paul made a great attempt and now Jason has his version … I’m looking forward to seeing how we continue to expand the saga“.