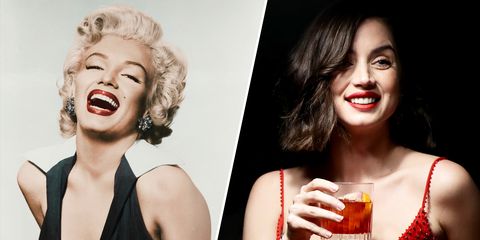 Ana de Armas is in the midst of conquering Hollywood. It was, in the middle of a cast of stars, the best of ‘Daggers in the back’ and if there is something that nobody disputes about ‘No time to die’ or ‘Blade Runner 2049’ it is that their minutes on screen are the best of both films. While we wait for ‘Blonde’, the long-awaited biopic of Marilyn Monroe that Netflix will have to premiere at some point, Ana de Armas continues on her way to the top.

At the top is undoubtedly Scarlett Johansson, whom she has now replaced in a new project. It is about ‘Ghosted’, a feature film produced by Apple TV + that will reunite him with Chris Evans, with whom he already agreed and wasted chemistry in ‘Backstabbing’. Of course, in this section it will be difficult for you to be at the level of a Scarlett that with Evans is almost a couple in fact cinematographically speaking.

Not much is known about ‘Ghosted’ yet, but it has been described as a romance film with action-adventure ingredients. According Deadline, Johansson has had to leave the project due to scheduling problems with a filming that will begin in February. The film will be directed by Dexter Fletcher, who has already taken over ‘Rocketman’. The script was written by Rhett Reese and Paul Wernick, authors of ‘Zombieland’.

It will not be, it is true, the only film of Arms with Evans. Both will also be in ‘The Gray Man’, the blockbuster that the Russo are preparing for Netflix and in which he will also meet again with his partner from ‘Blade Runner 2049’, Ryan Gosling.