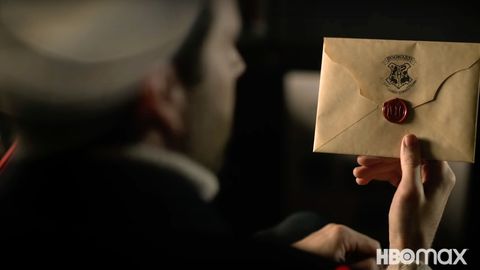 We already know how we are going to start the year, with the special ‘Harry Potter’ 20th anniversary reunion. The main architects of the saga have already received their invitations, at least that’s how they look in the first preview of the long-awaited HBO product.

20 years after ‘Harry Potter and the Philosopher’s Stone’, HBO Max will reunite the mythical cast and will give us, as it happened with the meeting of ‘Friends’, a lot of additional content and images never seen before.

This special reunion was filmed in a location that fans of the franchise are already familiar with, the site of the current ‘Warner Bros Studio Tour London – The Making of Harry Potter’.

See also  Birds are getting smaller due to global warming

Harry Potter was my home, my family, my world, and Hermione (still is) my favorite fictional character of all time. I think a journalist once said it was irritating how many times during an interview I mentioned how lucky I was … BUT DAMN I KNEW IT !!! And I still know. I’m proud not only of what we, as a group, contributed as actors to the franchise, but also how the children who became young adults with us walked that path. I look at my fellow cast members now and am so proud of the people they have become. I’m proud that we were kind to each other, supported each other, and held something meaningful.

‘Harry Potter: Return to Hogwarts’ will air in Spain on January 1, 2022 through HBO Max