After a successful tour of renowned festivals such as Seville, where she won the award for best actress; Malaga; Tokyo; Merida; the D’A Film Festival and the Seminci de Valladolid, reaches the commercial rooms this December 10 ‘Life was that’, an intimate drama directed by David Martín de los Santos and starring Petra Martínez, which shows that stories led by older characters have their place in the cinema. “People of a certain age are going to have more prominence in fiction”, declares convinced the interpreter, who acknowledges that this work has been “the rounder” of his career.

‘Life was that’ tells the story of two Spanish women of different generations who coincide as roommates in a Brussels hospital. They are both immigrants who came to Belgium in search of a woman’s life. The first is María, retired, who arrived in the capital of the country in her youth and who has been living in the city for several decades; the second is Verónica, a young newcomer who seeks to find the job opportunity that her own country denied her. They both form a peculiar friendship, which will make María return to undertake a trip back to Spain that will lead her to open up to the world and question her own life.

Considered the filmmaker’s debut work, who opts for the Goya for the best novel direction for this work, ‘Life was that’ was born in a personal and autobiographical way. “It is a reflection that I make a posteriori and rethinking it. I did it as a need to heal and transform pain into love. It arose from a tragic situation that I experienced, which was also natural, since death is part of nature itself, even if it costs us to face it and look at it head on “, the director and screenwriter begins to explain, which reveals that it was the death of his parents that prompted him to write the libretto for the feature film.

“They died a terminal illness and I took care of and accompanied my mother. We had a good mother-son relationship. In those last moments, we communicate a little more, we get closer. […] In the end, my mother told me things. He had some resentment when he reviewed his life, what he had to live, was a woman born in the Postwar, which means that there were not many possibilities of emancipation and he had to live in a macho socio-political context, which he did not have the option of choosing. It was a generation that was taught that women had to be good mothers and wives, forgetting about their own desires. That’s where that idea came from “, explains Martín de los Santos in an interview for eCartelera.

Vitality and living in the present lack age

And in that portrait, Martín de los Santos configures a story with a septuagenarian protagonist, something strange in Spanish cinematography, which highlights the importance of putting the stories led by the elderly in the forefront. “Society, of course, I also talk about cinema, television and theater, it has to take more into account the experience of older people. In Asia, older people are highly revered. I do not want veneration, I want you to see that turning years means that you have had an experience of different things. You have to take advantage of it, going to the movies, the theater, reading books and, of course, talking to your elders. By talking to them, it would end up being reflected in the stories that emerge “, manifests Petra Martínez, who claims that enjoying the present and the future, life in general, has no age.

“I hope that people realize that there is an age that is very interesting, there are many nuances that have not been touched yet. […] I am convinced that people of a certain age are going to have more prominence in fiction […] David Martín de los Santos, out of sadness, has produced an authentic ode to the joy of life. Maria is a woman who comes alive inside. It seems wonderful to me that stories like this are made“The actress continues to explain, also highlighting that now people of a certain age have a vitality that reflects this increase in life expectancy.

“I am now 77 years old, 20 years ago, a woman my age was considered to be finished. And many times, it was the women themselves who felt that way. This has happened to older men too, for the record. They decided they had complied, waiting to see their grandchildren. Now women my age, they blow my mind, because They are great, physically and mentally, and they are because they have opted to live, to enjoy their own lives, of your present. It is no longer strange to see a 70-year-old woman start a business, for example. It’s nice to see such a generation “, explains Martínez, who aspires to the Goya, Feroz and Forqué awards for best actress, being one of the favorites in the category. 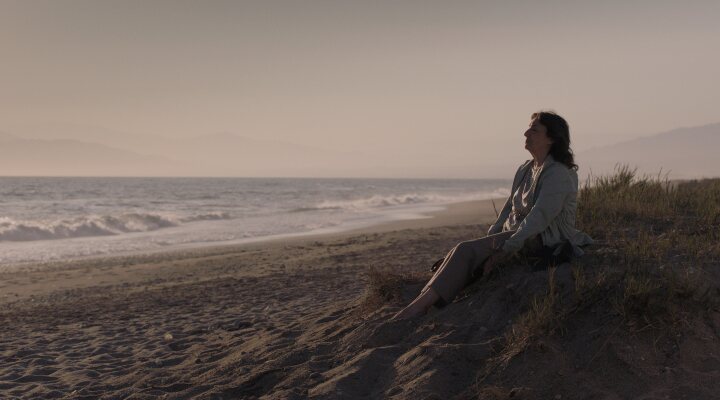