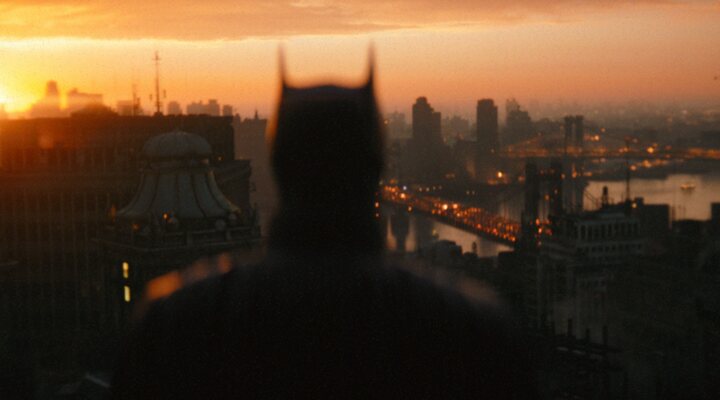 While we wait just a few days to see if the three cinematic Spider-Man reunites in ‘Spider-Man: No Way Home’, rumors begin to emerge regarding another iconic big screen superhero. What we are going to tell you about ‘The Batman’ is not only unconfirmed information but it would be a big spoiler if it comes true, so read on at your own risk.

It turns out that there is a rumor circulating the Internet for a long time that The Hollywood Reporter has echoed in your Heat Vision newsletter: Barry Keoghan is said to play the Joker in ‘The Batman’. Although the medium does not confirm the rumor, they do contribute the following: according to various sources, Warner Bros. has been testing two different montages of the Matt Reeves film, “one with a certain actor, another without him”. Last week the final test would have taken place, and the study would have already made the decision.

We are talking about a reliable medium, so we can be sure that at least they will have verified with first-hand sources that this information is true. As for the rumor, We know that Barry Keoghan will be in the film from the summer of 2020, when Warner Bros. announced him in a statement along with the rest of the cast, saying that he would play policeman Stanley Merkel, Gordon’s partner who in the comics ended up being murdered by Sofia Falcone. In April of this year, the ‘Eternals’ actor confirmed, more or less, that he was in the film by posting a photo on Twitter in which he was wearing a fleece with the Batman logo.

If Stanley Merkel will end up becoming the Joker or not in ‘The Batman’, and how, are still unknown. But a few weeks ago it went viral a post by Eric Keoghan, the actor’s brother, in which he assured the following: “Well, you know: my brother plays the Joker in the new Batman movie. Surreal”. The post was later deleted.

The second year of the Dark Knight

What we do know is that ‘The Batman’ will hit theaters on March 4, 2022 and will introduce us to a younger Bruce Wayne, played by Robert Pattinson.. The director of ‘Rise of the Planet of the Apes’ has commissioned this new version, loosely based on ‘Batman: Year Two’, a comic series written by Mike W. Barr in which Batman is part of a criminological experiment to make Gotham a better place.

The film will have an overpopulation of villains: Zoë Kravitz will be Catwoman; Paul Dano, Enigma; John Turturro, Carmine Falcone; Y Colin Farrell will be a new incarnation of the Penguin. There are also Jeffrey Wright and Andy Serkis as Commissioner Gordon and Alfred, respectively. Rounding out the cast are Peter Sarsgaard as prosecutor Gil Colson and Jayme Lawson as Bella Reál, the mayoral candidate of Gotham.