The highest-grossing musical films of all time, from ‘Grease’ to ‘La La Land’ (Photos) 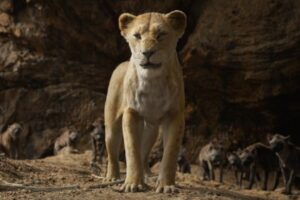 Who said the musical is dead? The last few years have produced blockbusters from film adaptations of Broadway hits, original movie musicals, and some beloved classics of all time. “In the Heights,” based on the stage musical by Lin-Manuel Miranda, hopes to be the next big hit. It opens in theaters Friday and on HBO Max. Here are the highest-grossing live-action musical films of all time based on their worldwide box office. (All figures are courtesy of BoxOfficeMojo).

John Travolta perfectly embodies the disco era in this famous film, which received an original R rating before being edited to a PG rating in 1979.

This classic musical film received high accolades at the Academy Awards winning Best Picture and Best Director for Robert Wise, and even surpassed “Gone with the Wind” as the highest grossing film at the time.

The second film in the series “Pitch Perfect” added newcomer Hailee Steinfield to the set, and managed to surpass the total gross of the original film in just five days.

The film that made Amy Adams a star will finally have a long-awaited sequel, the announced “Disenchanted,” slated to premiere on Disney + in 2022.

The long-awaited sequel to “Mamma Mia” adds three more ABBA songs to the film franchise, as Lily James took on the role of young Donna in this time-jumping film.

Although its box office total is somewhat inflated from a relaunch, “Grease” still stands as not only one of the best musicals of the last 40 years, but also the most successful (certainly given inflation).

The fourth filmed version of the Hollywood classic, “A Star is Born,” grossed $ 434.9 million and earned the film eight Academy Award nominations, including Best Picture, Best Actor for Bradley Cooper, and Best Actress for Lady Gaga, not to mention the killer. song “Shallow”.