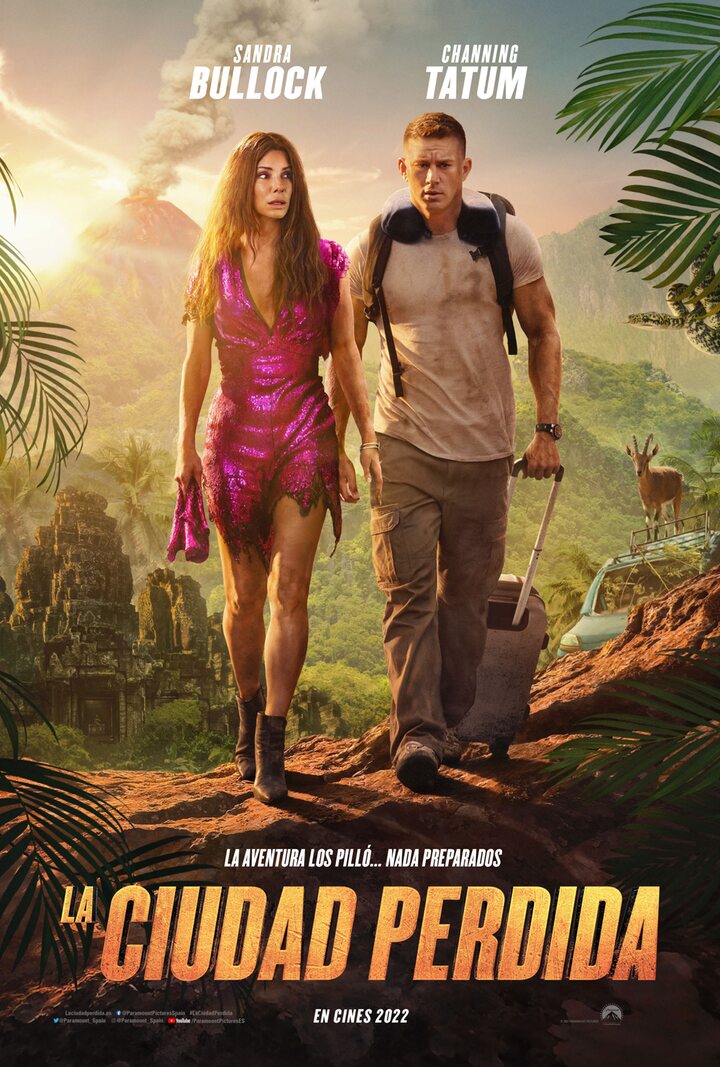 ‘The Lost City’ is the new film created by brothers Adam and Aaron Nee. Joining the script are Oren Uziel (‘Escape Room 2: You Die to Get Out’, ‘The Cloverfield Paradox’). Its protagonists, Sandra Bullock and Channing Tatum, present us together with an infiltrator Daniel Radcliffe the trailer of this comedy:

The plot revolves around a romantic adventure novel writer (Bullock) who is kidnapped by an eccentric billionaire (Radcliffe) to help you find the treasure that appears in your latest literary work. To his rescue comes the model of the covers of his successful books (Tatum) who wants to show that he is not just a pretty face …

Along with the trailer, the company also releases the official poster. On the poster, the stars of this new proposal appear dejected, with their outfits spoiled and with bewildered faces. The motto makes it clear: “The adventure caught them … Nothing prepared”. In the background you can see the exotic lost city that is reminiscent of feature film settings such as ‘Indiana Jones’ or ‘After the Green Heart’.

‘The Lost City’ will hit theaters on March 25 of the following year.