Mark Wahlberg finally has a mustache in the new ‘Uncharted’ trailer 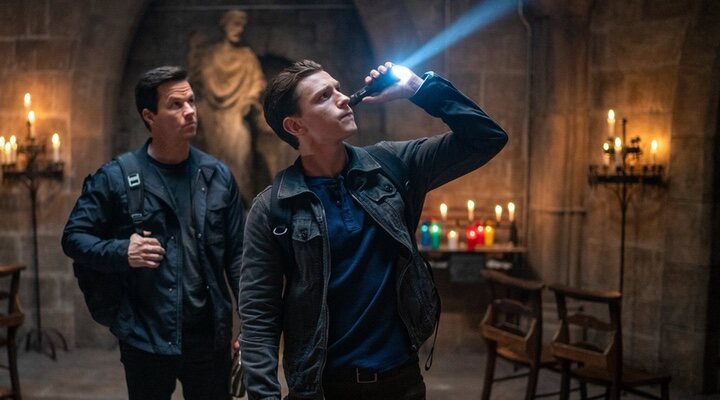 The second trailer for ‘Uncharted’, the adaptation of the popular PlayStation video game to the big screen, has arrived. and with it has come the most anticipated mustache of 2022: we can finally see Mark Wahlberg with the characteristic look of Victor “Sully” Sullivan, mentor of Nathan Drake. The film will be released only in cinemas around the world on February 11, 2022.

Tom Holland plays the protagonist of the adventure, the young treasure hunter Nathan Drake who undertakes with his partner Sully a dangerous search around the world to find “the greatest treasure ever found”, at the same time that they unravel the mystery of the whereabouts of Nathan’s long-lost brother. The cast is completed by Antonio Banderas, Tati Gabrielle and Sophia Ali. Directed by Ruben Fleischer (‘Venom’, ‘Welcome to Zombieland’) and scripted by Art Marcum, Matt Holloway and Rafe Judkins. The new trailer includes in addition to the expected shot of the mustache, some shots that we had not seen before with more action and an aerial naval battle.

Smashing at the box office

Before seeing him as the adventurer Nathan Drake, Tom Holland is living right now the greatest moment of his career sweeping the world with ‘Spider-Man: No Way Home’. The film has already exceeded $ 813 million worldwide after its premiere on December 16, which places it even ahead of “No Time to Die” and makes it the best Hollywood premiere of the year.

In Spain, the new Marvel Studios film blew up the box office, setting the absolute record for the collection of the entire pandemic on the weekend of December 19 with 9.2 million euros of revenue among the 20 most viewed films, of which 7.29 million euros belonged exclusively to ‘Spider-man: No Way Home’.