Paul Bettany (‘A very British scandal’): “The female perspective was essential in this case” 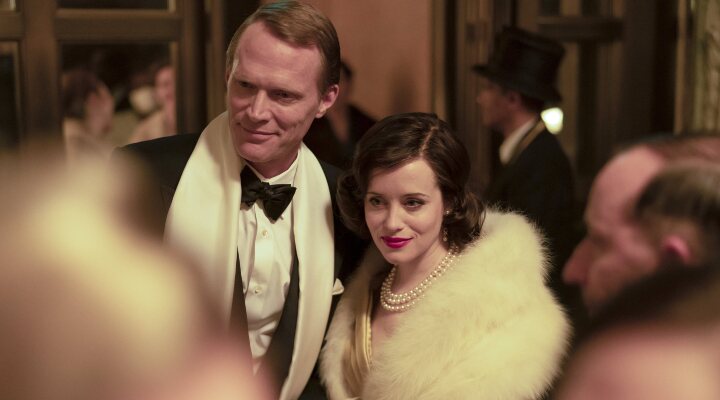 Following the success of ‘A Very English Scandal’, in which Stephen Frears and Russell T. Davies delved into one of the UK’s most contentious political controversies of the 1970s, now BBC One expands the miniseries by turning it into an anthological production with a second production entitled ‘A very British scandal’, which hits HBO Max Spain this December 29 and that will bring to the fore one of the most airy marital affairs of the 20th century, that of the Dukes of Argyll. “It was about time to narrate this real event from the female perspective”, declares Paul Bettany, who plays the Duke in this miniseries that works as a second season.

‘A Very British Scandal’ chronicles the divorce of the Dukes of Argyll in 1963. The judicial process was controversial since Ian Campbell (Bettany), the Duke, to obtain the divorce aired the sexual life of his wife, Margaret Campbell (Claire Foy). Famous at the time for her charisma, beauty and style, the Duchess was synonymous with elegance and the cover of the most famous magazines. She was accused by her husband of forgery, robbery, violence, drug use, revealing of secrets and bribery. Thanks to a compromised photo, the duke managed to get the media to focus on the duchess’s ‘libertine’ life, staining her reputation forever.

One of the aspects that stands out in the television adaptation of the Argyll affair is that it is narrated, for the first time, from a completely feminine perspective, being a production directed by Anne Sewitsky and written by Sarah Phelps. “Everything previously written, the original material, was written almost exclusively by men, which offers a partial view of the case”, Paul Bettany highlights in a virtual round table where eCartelera was present.

See also  Orbelín and Martín: the 'Tata' bet to look for goals

“Claire Foy has been wonderful working with”

Although Bettany values ​​the importance of the female perspective, considers that when facing a project, what he values ​​most is being able to work “with great professionals”. “Sewitsky is among the best directors who have directed me. Phelps is a great screenwriter, it has been a privilege to work with her. Also one of the reasons I agreed to be on the show was because I wanted to work with Claire Foy, an interpreter that I admire “, Explain. 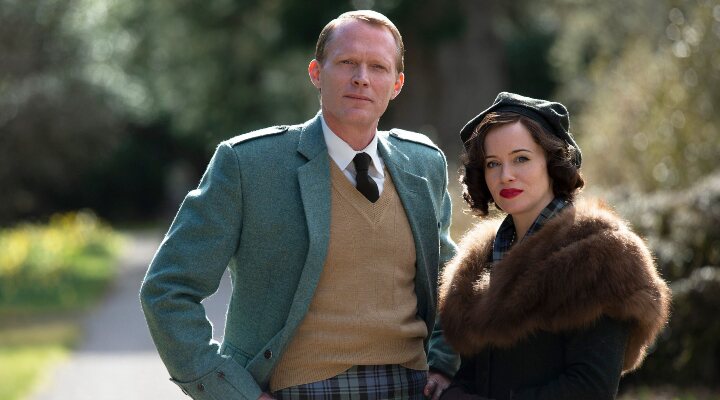 “Sewitsky is a fascinating director, she knew how to approach each scene with unique precision. It has been an interesting process to be able to see how far this cat and mouse game in ‘A Very British Scandal’ went. She wanted claire [Foy] and I felt that confrontation “, Bettany details. “Foy has been a great partner in scenes because she has a very lively character and reacts very quickly in responses. It’s wonderful to watch her work. Sewitsky made us risk a lot and it was great. “, Add.

“It was a very normal project. I remembered when I made my first film as a director and screenwriter, ‘Shelter’, in which I surrounded myself with great professionals and most of them were women, including the protagonist, my wife [Jennifer Connelly]“, he adds, noting that the also the Argyll case was also a portrait of “how the class system works in Britain”.

A critique of the British judicial system

“She was considered a foreigner [nació en Escocia pero se crio en Nueva York] that she was becoming an aristocrat just because she was marrying one. The terrifying thing is that when it rebelled, what the aristocracy did was protect their own, which meant destroying it. I also think that the fiction gives a very clear vision of the judicial system and how it protected man“, exposes Bettany, highlighting that she had very little margin to understand the psyche of her character. 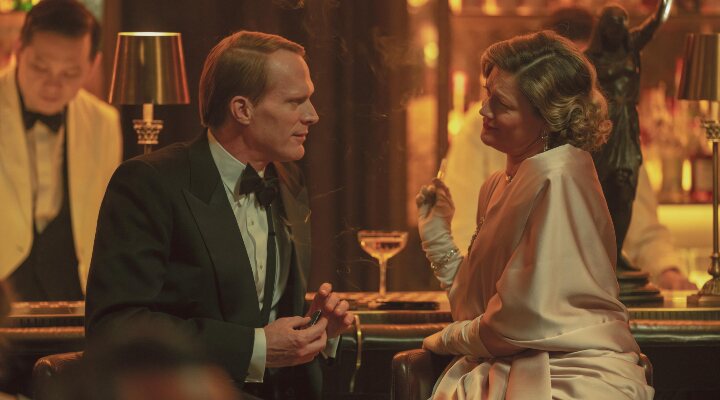 “I never had a personal connection with him. Ian Campbell was a narcissist and a sociopath. Working in the world of cinema, I have met many of them, but no, it was not easy. I know that his participation in World War II, in which he was imprisoned, marked and deeply traumatized him, hence that kind of feeling of fear of failure that he always had. But, I don’t think it justifies, in any way, his behavior. On the other hand, I also perceived that the age difference [ella era nueve años más joven que él] both marked a type of intergenerational pain “, he argues.

Another of the most representative aspects of This second miniseries is that it has been shot in authentic vintage locations, such as Inveraray Castle, in Scotland, a place that was inhabited by the true Duke of Argyll and is located in the surroundings of the Highlands, offering exceptional views. “It was extraordinary to be able to shoot in the castle where the story really happened. The experiences of the past are felt in its walls. It was a strange sensation to walk in its corridors. It gave more authenticity to our work, added a true atmosphere of loneliness and isolation “, declares.

A “counterpoint” to ‘Scarlet Witch and Vision’

Bettany hopes ‘A Very British Scandal’ will have a similar reception to ‘A Very English Scandal’. “Although they are very different series in terms of theme and tone, ours is much more dramatic, I think it can be very complementary fictions. As happened with ‘A very English scandal’, ‘A very British scandal’ can be a kind of fascicle [histórico]“, share. 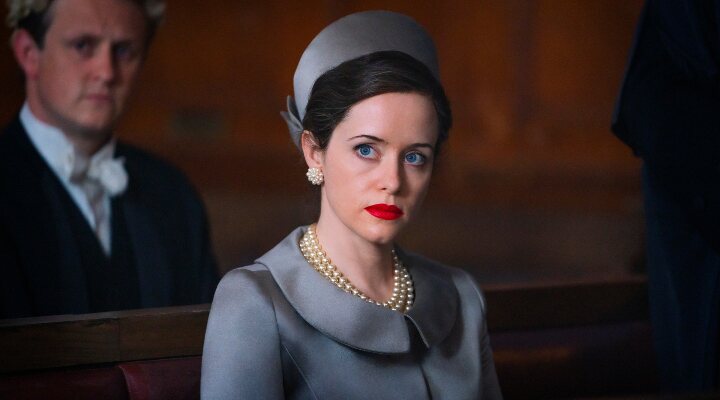 On the other hand, the actor has enjoyed a series that seems a kind of counterpoint to one of his more recent television works, ‘Scarlet Witch and Vision’. “They have both been quite complex for me. Jac Schaeffer with the Disney + miniseries captured the story of how a woman lives with pain. In the Marvel saga, Vision was a very warm character [a pesar de ser un androide]. Paradoxically, Ian Campbell is pure coldness, the opposite. Switching from one personality to another was a challenge that I really enjoyed. “, declares.

The fiction consists of three episodes. Directed by Anne Sewitsky and written by Sarah Phelps, ‘A Very British Scandal’ is a miniseries starring Claire Foy and Paul Bettany, complete with Richard McCabe, Phoebe Nicholls and Amanda Drew, among others. Produced by Chris Ballantyne and originally broadcast on BBC One, en Spain will be available on the HBO Max platform from Wednesday, December 29, which will launch the episodes between the 29th and 31st.