Ralph Fiennes (‘The King’s Man’): “It’s a movie to get wrapped up in the cinema” 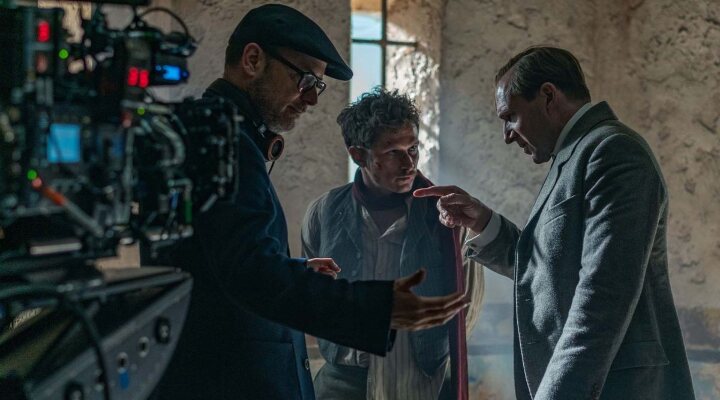 After a long time of waiting, ‘The King’s Man: The First Mission’ finally arrives in Spanish theaters. The third installment of the saga directed by Matthew Vaughn opens this December 29 in theaters, ready to become one of the box office titles of the Christmas season. “It is exciting to feel enveloped by the screen. You do not get that experience at home”, defends Ralph Fiennes, one of the protagonists of the tape loosely inspired by the comics created by Mark Millar and Dave Gibbons.

The official synopsis for ‘The King’s Man: The First Mission’ reads: “A group of the worst tyrants and the most evil criminal minds in history come together to unleash a war that will destroy the lives of millions of people. But one man will rise up and wage a battle against time to stop them. This third installment serves to discover the origins of the first independent intelligence agency “.

Set during the First World War, ‘The King’s Man: The First Mission’ seeks to be a completely different installment from the two predecessor films in the franchise, both for being a historical production and for its tone, much more dramatic. “The public will be surprised to see that it is a period film. Although it still has several characteristics of the ‘Kingsman’ saga” “, explains Fiennes, who plays the Duke of Oxford, the intelligence agency’s founder, in an interview for eCartelera.

Another aspect that stands out from this dramatic vision is that allows portraying two different ways of seeing war, also marked by generational change. “The main thing in the film is the question of going to war or not. About what value it has and why we should. The Duke of Oxford has fought other wars and knows the horrors they leave. He already says it in his speech to his son, would rather get a medal for saving and rescuing the wounded than for killing people“, argues the interpreter.

See also  Everything will come to Peacock March 2021

Rasputin, a villain at the height of the ‘Kingsman’ saga

Being a historical production, ‘The King’s Man’ features historical figures who marked the First World War, such as the controversial Russian mystic Grigori Rasputin. “It was difficult to interpret him, given the impact he has on the story. He was a terrible man, but also fascinating, intriguing, mysterious. […] He was a very interesting character to bring to this particular universe like ‘Kingsman’ “, share Rhys Ifans, who plays the controversial advisor to Tsar Nicholas II of Russia on the film.

Tom Hollander was challenged to play three different monarchs, three kings who were the protagonists of the Great War, by embodying the King George V of the United Kingdom, Tsar Nicholas II of Russia and Kaiser Wilhelm II of Germany. “It was a curious experience, I had a lot of fun. In the end, the biggest challenge was having to wear facial hair all day, because it irritated my body a lot and damaged my skin. Another challenge I had was not to mix the accents, so that nothing cloudy would come out“, says the actor.