‘Spider-Man: No Way Home’ raised its end thinking about the fourth installment 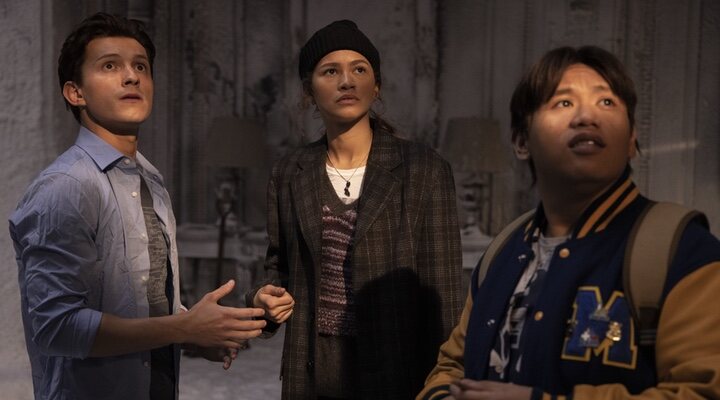 The ‘Spider-Man: No Way Home’ box office seems to have settled all discussion: We will see a fourth installment of the wall-crawler. Barring cataclysm, it will be with Tom Holland at the helm, and Amy Pascal, producer of the saga, has already made it clear that the intention is to continue exploring the arachnid universe proposed by Sony, through a new trilogy and with the help of Marvel Studios.

But even before the overwhelming success that the film is having in theaters, with a collection which today exceeds 1,115 million dollars worldwide, the team had taken care to design a final contemplating the possibility of continuing giving Spidey a shot on the big screen. It is told by its scriptwriters, Chris McKenna and Erik Sommers, creatives who say they always thought of drawing a conclusion that was both closure and possible first step of the face to the next films.

“It ends in such a way that it can feel like a [conclusión] satisfactory for this Spider-Man, or a full stop that could go on. We gather the team in a room and, again, Each of these films has had something important compared to its predecessor, something to react to, an engine for future stories, [así que lo hablamos]”they state in statements to THR (via Screenrant).

“If there was another, we have this big change at the end that would be a great trigger for what comes next. I think it could be a satisfying conclusion or just another really fun twist that starts another story. I hope they do more “.

See also  FOUR YEARS of the AMLO government and the balance is chiaroscuro; and more | Political Columns 01/12/2022

About to have Venom

McKenna and Sommers have also revealed that they were about to include Tom Hardy’s Venom in those final scenes loaded with action and villains that ‘Spider-Man: No Way Home’ has brought us. Both assure that there was debate about the possibility of having this character in the final battle, instead of making the wink thrown in the first post-credits scene.