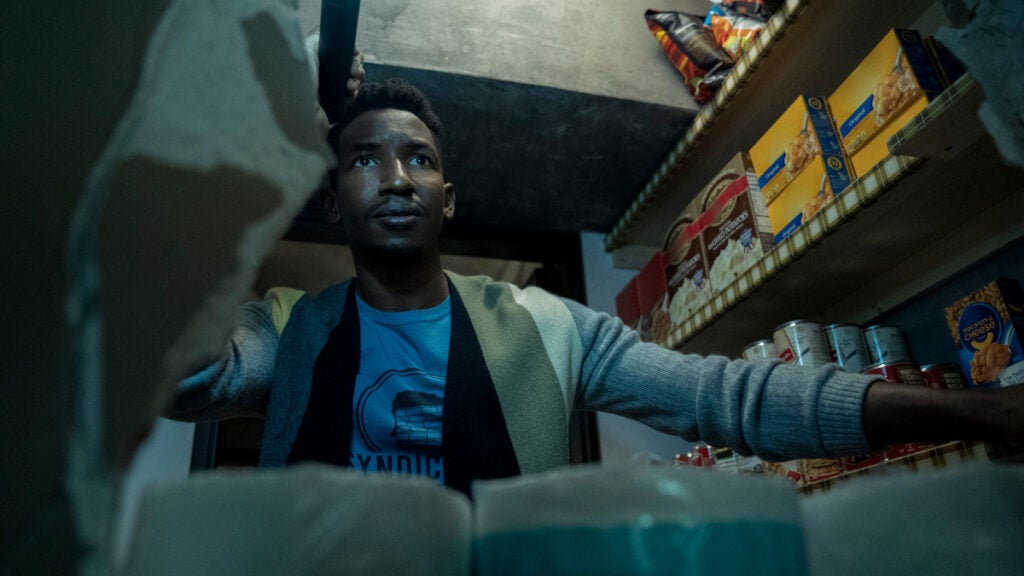 Netflix has unveiled the official trailer for the upcoming horror series “Archive 81,” which draws on nostalgia for the videotape era of the 1990s to weave a chilling tale that unfolds across two timelines.

Loosely inspired by the podcast of the same name, “Archive 81” today begins with a character named Dan (Mamoudou Athie) who is hired by an obscure organization to restore videotapes that were damaged in a fire 25 years ago. While Dan restores the tapes in a remote location (“for your safety”, he’s insured), he witnesses the story of a woman named Melody (Dina Shihabi) who begins videotaping the residents of a strange apartment building to create an oral history, only to discover something incredibly strange about the building and its inhabitants.

“I am obsessed with mysterious series, the kind that lead us down a rabbit hole into a strange and dark world,” said showrunner, executive producer and writer Rebecca Sonnenshine in a statement provided by Netflix. “’Archive 81′ is a deeply emotional character-driven story about the nature of art, faith and the search for identity, all wrapped in a threadbare blanket of existential dread. The show also gave this movie fan the opportunity to unearth all kinds of forgotten media formats as found footage, resulting in a unique visually textured story that is both beautiful and terrifying. “

Watch the trailer about.