Criticism of ‘What do we see when we look at the sky?’ 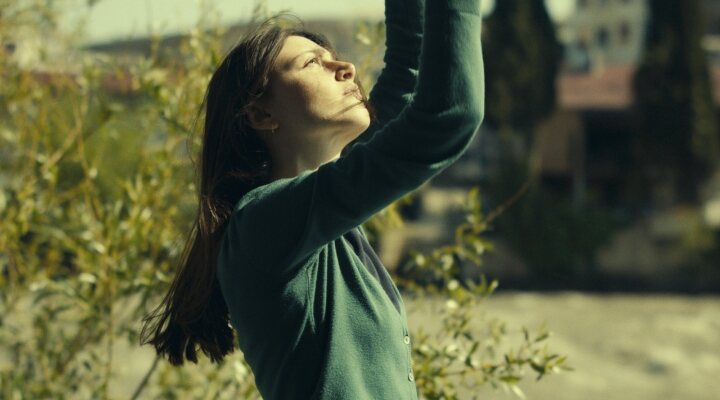 Although Georgian cinema has been in the focus of festival and moviegoer circuits, Examples of this are filmmakers such as Nana Djordjadze, Zaza Urushadze or George Ovashvili and films such as ‘The chef in love’, ‘Here Comes the Dawn’ or ‘Corn Island’; true is that now it is more in the front line since the victory of the filmmaker Déa Kulumbegashvili with ‘Beginning’ at the San Sebastián Film Festival, where it won the Golden Shell Now comes another of the most talked about titles from last festival season, ‘What do we see when we look at the sky?’, Alexandre Koberidze’s second feature film that won the FIPRESCI Prize at the 71st Berlin Film Festival and the award for best photography at the 18th Seville Festival.

This recognition of current Georgian filmmakers comes from being a pool of creative and innovative filmmakers, an example of this is this charismatic fable, which is a tribute to cinema, since Koberidze, who also signs the script, borrows elements typical of silent films, with an aesthetic that evokes films from the 60s and 70s, a visual style closer to documentary film, certain metalinguistic elements and a fabulous narrative that gives the film a certain aura of magical realism. The result is one of the riskiest bets in current European cinema, a story that manages to be avant-garde and timeless at the same time.

The premise is very simple, a woman and a man bump into each other several times in the city of Kutaisi, they like each other and decide to meet the next day. What aims to be a love story with an indie touch a la Noah Baumbach It ends up leading to a fantastic fable, since both fall victim to a curse that physically changes them, preventing them from recognizing each other.As well as losing their abilities as a pharmacist and a soccer player, respectively. 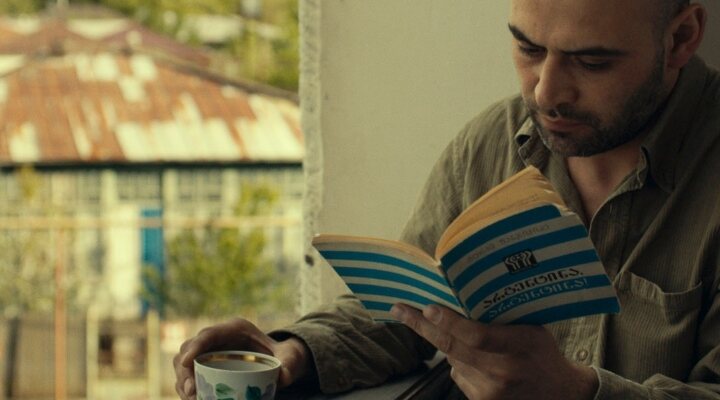 An original and innovative bet. A modern and classic fable

Original romantic proposal that Koberidze brings to this mix of fantastic cinema with a documentary and traditional gaze with which he takes the opportunity to make an x-ray of the day-to-day life of the citizens of Kutaisi, Georgia’s second largest city and former capital of the Caucasus country. What is curious and endearing is that the director takes advantage of these elements to show how love and passion, be it romantic or towards sports such as football, are capable of uniting an entire society. And soccer is mentioned because Koberidze creates various subplots around this particular fairy tale. 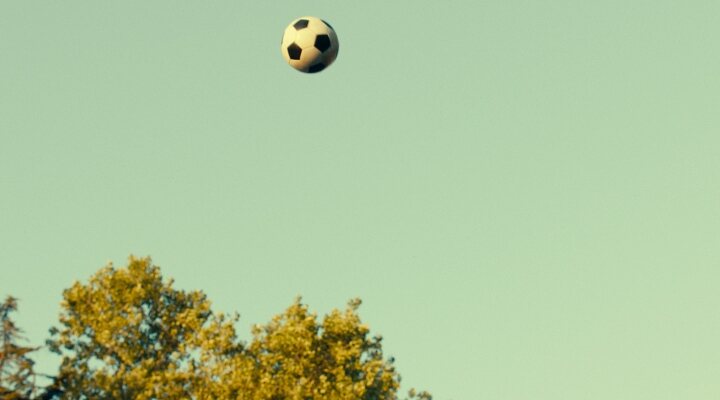 In these subplots, Koberidze shows that in everyday moments there can be fantastic elements, such as playing soccer, following the World Cup or going to music classes; To this is added the tribute to the cinema itself, with a story by a filmmaker and her team looking for partners to record in the city. Special mention to the history of the dogs that like to watch football together but never meet.

Perhaps Koberidze demands from the public a higher level of attention than that of a more conventional proposal but that does not prevent enjoying a tremendously original film, thanks to a combination of styles, aesthetics and themes that offer a result that manages to catch. Along with an innovative photography, the work of the Iranian Faraz Fesharaki, who uses digital photography and also 16mm; a soundtrack that enhances the fantastic feel, the work of Giorgi Koberidze, in contrast to the naturalism of his settings; and an omnipresent narrator who plays with those contrasts, ‘What do we see when we look at the sky?’ it’s a great way to start 2022, a daring proposal of those that reminds that cinema continues to be that space of creation and innovation that has always characterized it since its genesis.

The best: His photography is hypnotic, to the point that it provokes one to enter fully into this endearing and original fable.

Worst: It ends up going around the bush, detracting from the end result.