Maggie Civantos (‘Express’): “We live in a society that is too express”

Starzplay debuts in Spanish fiction with ‘Express’, a series created by Iván Escobar (‘El barco’, ‘Vis a vis’), which premieres on the platform this Sunday, January 16. Starring Maggie Civantos, the fiction addresses a topical issue such as express kidnappings, a phenomenon that highlights the fragility of citizen security. “My character is not only the victim of an express kidnapping, but also of a life that goes too fast”, says the actress.

‘Express’ tells the story of Bárbara (Civantos), a criminal psychologist who was the victim of an express kidnapping when leaving the store. This type of crime is a terrifying form of extortion that is spreading throughout the world, ending in many cases in a violent murder. After this experience, Bárbara decides to work as a negotiator in cases similar to hers. Her main goal is to understand why she became the victim and to help those who go through a similar event.

This is the third collaboration between the actress from Malaga and Iván Escobar after ‘Welcome to Lolita’ and ‘Vis a vis’. “It has been wonderful, as always. I have felt at home, with family and with the confidence that the result was going to be good. In addition, there is something very characteristic in their stories, because they value the theme of the family, of the diversity, of the tribe and the respect of the tribe. That gives a seal of quality. It also creates very strong female characters”, declares the actress in an interview for eCartelera.

“You can be a good leader despite having a hard time”

Although her role is that of a leader of an anti-express kidnapping team, One of the fundamental characteristics of Bárbara is that she is also vulnerable in certain situations, which makes him a character with a very real and human background. “It is something that we have worked with a lot of conscience. We see Barbara’s vulnerability in her moments of intimacy, in her therapies, with her daughters, but I wanted to take that to other facets as well, because she is also like that in her work. PAs good as she is, she is not having her best moment and nothing happens, because you can be a good leader despite having a bad time“, he argues. 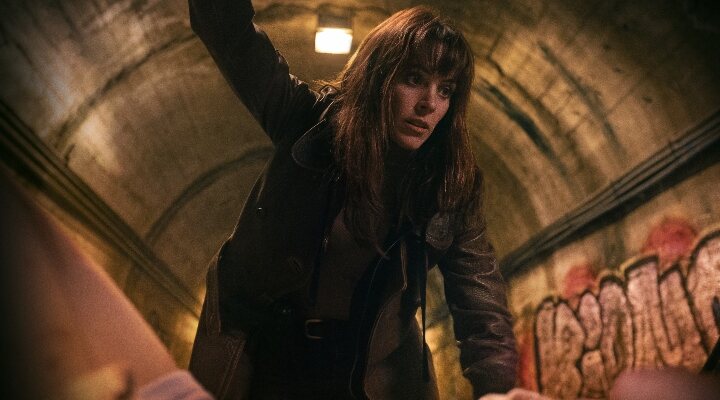 Another of the virtues of fiction is that this vulnerability is not only exclusive to female characters.but of everyone in general. “It is also very interesting that my role, that of Santa [exmarido de Bárbara], not good either. He is broken inside, even if he doesn’t show it that much, there is something he is holding back and it will get worse if he doesn’t take care of it, it’s like a bomb that is about to explode”, says Esteban Meloni.