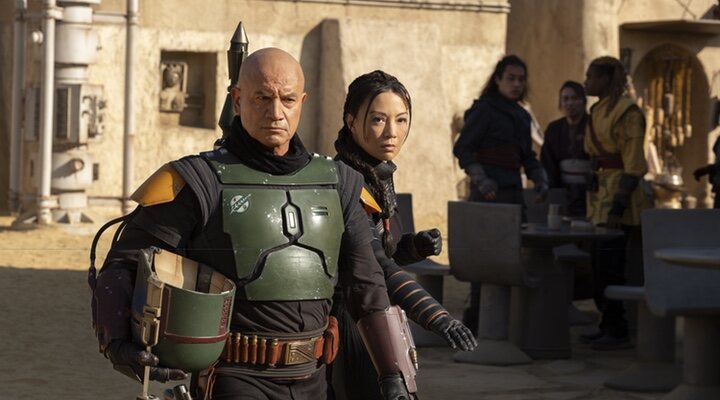 In the original saga of ‘Star Wars’, Boba Fett was without a doubt a man of few words, and we mean it literally because he does not pronounce even thirty in the entire classic trilogy, someone has counted. However, now that the character has his own series on Disney +, ‘The Book of Boba Fett’, the Mandalorian does not shut up even under water and does not seem to like wearing his classic helmet very much either. This has not been noticed only by the fans, because even Temuera Morrison himself, the actor who plays the other bounty hunter, has assured in an interview for NME that he fought for the character to maintain an aura of mystery and failed.

“I was hoping I wouldn’t have to talk as much as I do in the first two episodes”Morrison says, “I talk too much, in fact, at first I was trying to pass my sentences to Ming-Na Wen, I told the director “Sorry, I really think Ming-Na should say these lines because I want to remain mysterious. I want to stay quiet.” It was not very successful. The actress who gives life to the mercenary Fennec Shand also participated in the interview and tried to play down the matter: “I realized what he was doing. He wasn’t just trying to be a generous actor, which he is, he was trying to shove some of the work off me.”Wen jokes.

‘The Book of Boba Fett’ is produced by Jon Favreau, Dave Filoni and Robert Rodriguez, but they are not always on set. Morrison recalls that once Favreau was away, he even phoned screenwriter Noah Kloor to cut some of his lines to keep the mysticism: “Sometimes I would say to Favreau, ‘I think it’s too much, it’s too much.’ I told Noah: “In this scene tomorrow I talk too much, Boba Fett doesn’t talk as much, look I have two whole paragraphs, I think we should get rid of all this And Jon’s going to Atlanta, so don’t even tell him.” To his dismay, Favreau never misses one, and when he arrived at the shoot the next day, Morrison received a call from Atlanta: “‘Jon wants you to say the full dialogue, we’ll cut it later.’ He was watching us from everywhere.”

‘The Boba Fett Book’ is broadcast weekly on Wednesdays on the Disney + streaming platform and for now it consists of a first season of 7 episodes that will come to an end on February 9. The series includes many flashbacks of the character that clarify how he escaped from the Sarlacc pit in ‘Return of the Jedi’, that the Jawas stole his armor and his relationship with the Sand People. These days Boba Fett is no longer just any hit man, but rules over Mos Espa as the new daimyo in town after Jabba Desilijic Tiure and Bib Fortuna.