This is the costume of Leslie Grace’s ‘Batgirl’ 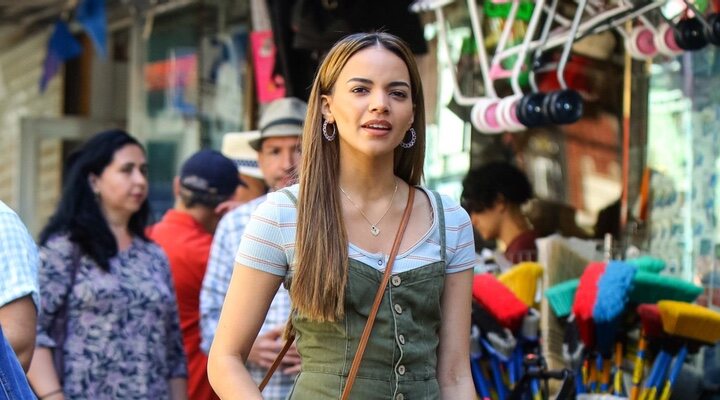 After seeing the first images of Leslie Grace on the set of ‘Batgirl’ dressed on the street as Barbara Gordon, Michael Keaton’s Robin and references to Lex Luthor, Vicki Vale and the Court of Owls, finally we can see in detail the costume of the superhero in a photograph that Grace has posted on her own Instagram account:

“I use your expectations against you. That will be your weakness. Not mine. Let everyone underestimate me… And when they let their guard down and their pride rises, let me kick their ass.” – Batgirl, Year One”.

The actress of ‘In a New York neighborhood’ stars in this film about the character that will premiere exclusively on HBO Max as the first major product of the original ‘DC Extended Universe’ for the streaming platform. ‘Batgirl’ will be released sometime this year with no release date revealed and is directed by Adil El Arbi and Bilall Fallah. They accompany Grace in the cast Brendan Fraser as the villain, probably Firefly, and Michael Keaton again as Batman and JK Simmons as Inspector Gordon, the same role he had in ‘Zack Snyder’s Justice League’.

On Twitter the suit is causing quite a stir and in general has had a great reception among the fans, despite the fact that some point out that it seems a bit homemade, but it is quite an end to the image of the character in the comics:

The costume hood is so good. The costume in general is very accurate to the comics, which is cool to see. As the first prototype suit that Barbara makes herself, this is amazing. #Bat girl pic.twitter.com/App342hDXS

“The hood on the suit is really cool. The overall suit is very accurate to the comics, which is great to see. As the first prototype suit that Barbara makes herself, it’s amazing.”

I always love when they bring comics to life. #Bat girl pic.twitter.com/mhhNHO6quO

“I love when they bring comics to life.”

I’m telling you… you never know how much you miss the bright, colourful, less armored pop aesthetic of the ’60s series until you actually see it. Bring it, #Bat girl. pic.twitter.com/Aii7EMODka

“I’m telling you, you never know how much you miss the bright, colourful, less armored pop aesthetic of the ’60s series until you actually get to see it.”