What you have to see from Sundance 2022 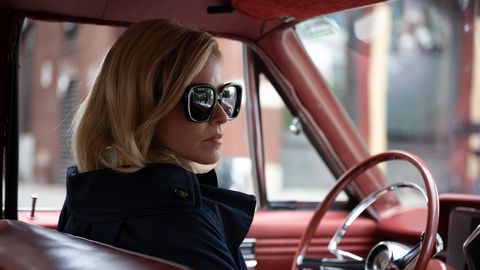 The online format will always remain, the festivals thought (Berlinale, not you). Among them, Sundance returns this 2022 to be held completely virtual and, although the change of model has twisted the plans of the occasional movie buff who wanted to travel to Park City, the move to online has allowed the programming, which has 82 titles, to be available to everyone (literally). You have all tickets and packs viewing on your website.

In any case, faced with an audiovisual panorama that has suddenly become accessible, the talented editors of IndieWire have selected the titles that will be talked about the most, those that most appeal to you or those that simply look spectacular. We, from here, have highlighted the ones that seem most remarkable to us.

The list opens with ‘2nd Chance’, by ramin bahrani, the creator of ‘White Tiger’ (Netflix). In his first documentary, the filmmaker focuses on richard davis, the controversial inventor of the concealable bulletproof vest. Davis took to shooting himself on video to publicize his invention, though tragedy was not far off.

It is followed by ‘Call Jane’, from the screenwriter of ‘Carol’ Phillies the Great, who will make her directorial debut with this story based on the real Jane Collective, a group of women who formed an underground abortion ring in 1968. Elizabeth Banks, Sigourney Weaver, Kate Mara, Chris Messina Y John Magaro.

It was his debut and he was only 22 years old. When cooper raiff he triumphed at SXSW with ‘Shithouse’, an indie pearl where they exist, he showed the world that we should be attentive to what would come next. Well, comedy with Dakota Johnson in which Raiff himself will play a university graduate who begins a peculiar friendship with Johnson, a mother who has nothing to do with his closest environment.

‘The cow that sang a song about the future’ has a frankly brilliant premise. directs Francesca Joy (it’s his debut), and leads to Eleanor Varela already Alfredo Castro (‘The club’) as protagonists. The synopsis reads as follows: a woman returns to her childhood home, a farm. There, he will be visited by the spirit of his mother, who committed suicide long ago. As the animals sing about her family’s future, she begins to understand why certain tragic events happened.

riley stearns directed ‘The best defense is an attack’ and now he’s back with ‘Dual’, about a future where people who die sometimes clone themselves so their lives can continue smoothly after they’re gone. But what happens to people like Sarah (Karen Gillan), who clone themselves only to miraculously recover at the last moment?

From Finland comes ‘Hatching’, which could be one of the great Sitges hits of this 2022: the debut of Hannah Bergholm tells the story of a shy and tremendously self-conscious teenager who, one day, receives a visit from a dying bird. The bird leaves an egg for her, which the girl will begin to take care of while it grows and grows without stopping. A fable about female fears that we will surely hear about.

Mariama Diallo opens up to the world of cinema with his debut, but he had already written and directed for HBO, in the series ‘Random Acts of Flyness’, and had already worked on ‘Collective: Unconscious’, produced by the promising Jane Schonbrun. Today he presents ‘Master’, a story of ghosts and other supernatural appearances with an eye on racism that, undetected, still supports institutions.

With ‘Cerdita’, we are going to return: the Spanish Charlotte Pereda comes with a spectacular debut, based on a homonymous short that you can see in Filmin. Laura Galan is an overweight teenager, who lives harassed by her physique in a small town. Then a serial killer shows up and causes chaos. Sara knows something that would help find him, but here comes the dilemma.

Yes, this is another documentary about Lady Di, but it is nothing like the other talking head documentaries. In ‘The Princess’, Ed Perkins (‘Tell Me Who I Am’) collects lots of archive material from the Princess Diana, without any narrator voice, to move us fully to the heart of a completely inaccessible story and character.

Finally the comic Bell W. Kamau (‘United Shades of America’) presents a four-part docuseries called ‘We Need To Talk About Cosby’ about the rise and fall of bill cosby, convicted of drugging and abusing a former basketball player. The film will follow her case, as well as the difficulty of addressing the issue for black people who left empowered by her work.

For more (good) surprises, surf the complete program of Sundance and… May the cinema be with you.